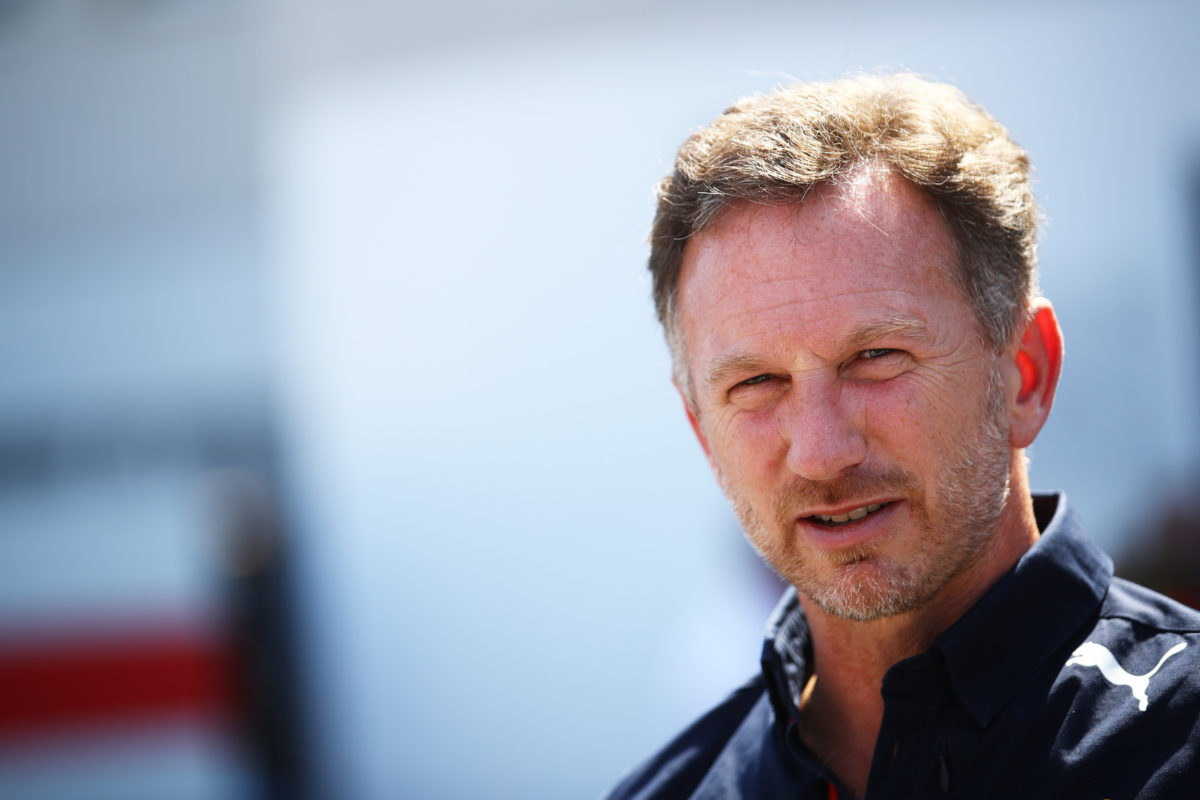 Christian Horner has rejected accusations that Red Bull sought to tarnish the reputation of Lewis Hamilton with its request to review his Silverstone clash with Max Verstappen.

Verstappen sustained a 51G impact with the tyre barrier following contact with Hamilton at Copse on the opening lap of the Formula 1 British Grand Prix.

It’s an incident which has sparked fierce debate, with Red Bull petitioning the FIA to have the incident reviewed.

A hearing to decide whether any new evidence was available took place on Thursday at the Hungaroring, and was summarily rejected by officials.

Following the hearing, Mercedes issued a statement which, in part, read: “we hope that this decision will mark the end of a concerted attempt by the senior management of Red Bull Racing to tarnish the good name and sporting integrity of Lewis Hamilton, including in the documents submitted for the unsuccessful right of review.”

Fronting the media on Friday, Horner expressed his surprise at the statement.

“The statement by Mercedes is a little antagonistic, shall we say, but I don’t really read too much into it,” he said.

“It’s never been anything personal about a single driver, it’s about the events that happened, and a competition between two guys.

“If that had been any other driver the reaction would have been identical, so I was a little surprised at Mercedes comments.”

It’s understood Red Bull’s submission to stewards built on the rhetoric used by Horner in the wake of the incident.

That saw him label Hamilton ‘desperate’, among others as he laid full blame for the crash at the feet of the 36-year-old.

“Lewis Hamilton is a seven-time world champion and everything that he’s achieved stands for itself.

“If it was any other competitor on the grid, we would have taken the same issue in the manner that we did.

“I’m entitled to an opinion on that incident, as is everybody else.

“Obviously at the time emotions are running high – we’ve got a driver that’s needing to be taken to hospital for precautionary checks after an accident which would have definitely knocked out your average human being.

“We’ve lost the car in its entirety, under a budget cap environment, for something that the stewards didn’t deem to be Max’s fault.

“So, there’s nothing personal about it,” he added.

“Even a seven-time world champion can sometimes make mistakes, or misjudgements, and that’s just a just a fact of life.

“At no point has this been personal about Lewis.”

The right to review process required Red Bull to produce new evidence which was not available at the time of the incident.

Having heard from representatives of the Milton Keynes squad in Hungary, it was decided that was not forthcoming, a point accepted by Horner.

“We felt that there was data that wasn’t available at the time of the stewards making their decision, so we presented that data,” the Red Bull boss explained.

“They gave us a fair hearing yesterday (Thursday), where we talked through that data; the positioning of the cars; the speed of the cars; the fact that Lewis would have had to braked 23 metres earlier to have even made the corner; the fact that Max was on the same trajectory is identical to that of Charles Leclerc; that the result with Charles would have been identical had Lewis taken the same approach.

“We feel that we had a fair hearing,” he added.

“The Stewards felt that it wasn’t new evidence under the confines of the regulations, and so it wasn’t opened into another hearing.

“This competition is all about marginal gains and leaving no stone unturned.

“Of course, when you have an accident of that velocity and impact, then of course you’re going to make a full investigation,” he continued.

“But as far as we’re concerned the chapter is now closed, the stewards have made their ruling.”

Hamilton sits just eight points in arrears of Verstappen at the top of the championship standings, with Mercedes looking somewhat resurgent following updates to the W12 in Silverstone two weeks ago.

Red Bull meanwhile clings on to a four-point advantage in the constructors’ championship.