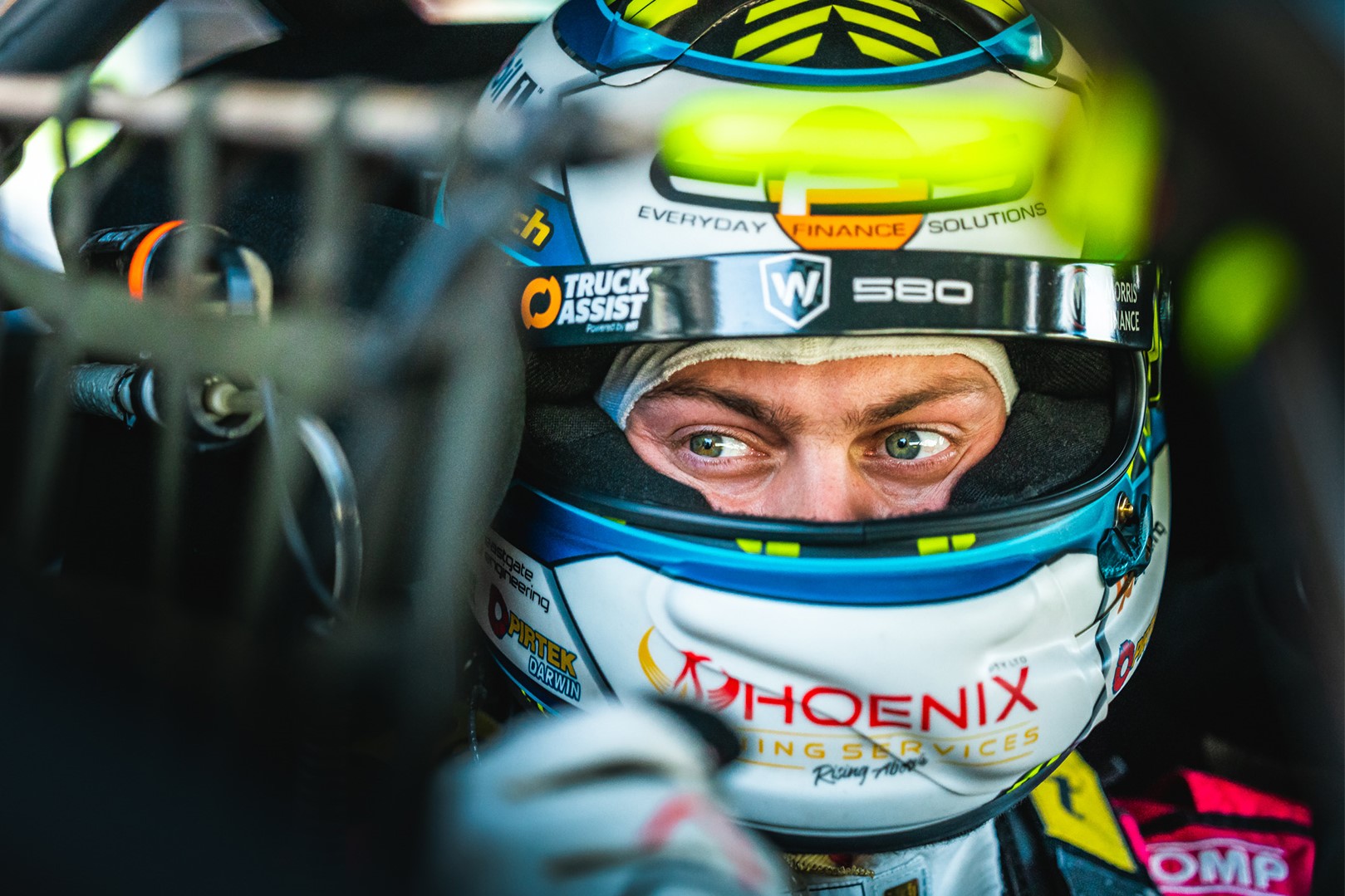 Bryce Fullwood’s scorecard over two weekends at Townsville may look underwhelming on the surface, but the 23-year-old believes he’s made strides forward.

The most recent of those brought some promise for the Mobil 1 Middys Racing driver, having crossed the line 11th only to be demoted courtesy of a five-second post-race penalty for an incident with Tim Slade.

Race 19 had in fact seen Fullwood nearly crack the top five only to be shuffled out late in the piece.

It was, nevertheless, a strong showing in what has been a difficult first half of the season.

“I don’t know what everyone had for breakfast or what they did in their week off, but man, the racing was hectic,” an upbeat Fullwood told Speedcafe.com.

“There were cars flying everywhere. Awesome for TV, but when you’re in it, it’s like dodgem cars.

“Darwin was tough, Townsville was still tough, but I felt like we were getting some speed out of the car now, which is good.

“Qualifying was much better on the Sunday. That’s kind of been the Achilles’ heel. We tuned that up but didn’t quite have the race car to go with it, which is a bit unfortunate.

“In the last race, I got a mega start in sixth, came out in 11th with four new tyres and got past a couple of cars, got fed off, lost four spots, passed four cars, and came 11th.

“At the same time, I feel like a good one is not far around the corner. We’ve been putting in a lot of effort on and off the track. It hasn’t quite yielded yet, but hopefully it’s not far away.

“Obviously we can’t hedge our bets and count our chickens before our eggs hatch, but being in P6 after the first lap was like, ‘Okay, this could be the race’ and then it all turned to shit on me.

“You’ve got to be there to start with. Starts have been really good, I’ve made a really good step forward there. I’m happy with that. A lot of positives. I just didn’t quite crack it.”

The chance to return to the Reid Park Street Circuit for a second weekend gave Fullwood an opportunity to try a new direction with the #2 Holden ZB Commodore.

By the end of the Townsville SuperSprint, the 23-year-old believed he and his car were coming good but still needed to combine the strong suits of the cars.

“I think we’ve been battling some issues with our car,” said Fullwood.

“We’re getting there. I think the positives for me out of these two weeks is that I’ve been relatively competitive compared to Chaz [Mostert] most sessions.

“When he beat me, he beat me by a fair bit, but he’s definitely struggled as well. It’s not like Darwin where he just smoked me every session.

“That’s a positive for me. Still lots of work to do. It’s baby steps.”

Fullwood holds 16th in the drivers’ championship after seven events with a season-best finish of fifth to his name at the season-opener.

The Repco Supercars Championship is slated to recommence at Winton Motor Raceway on October 2-3.