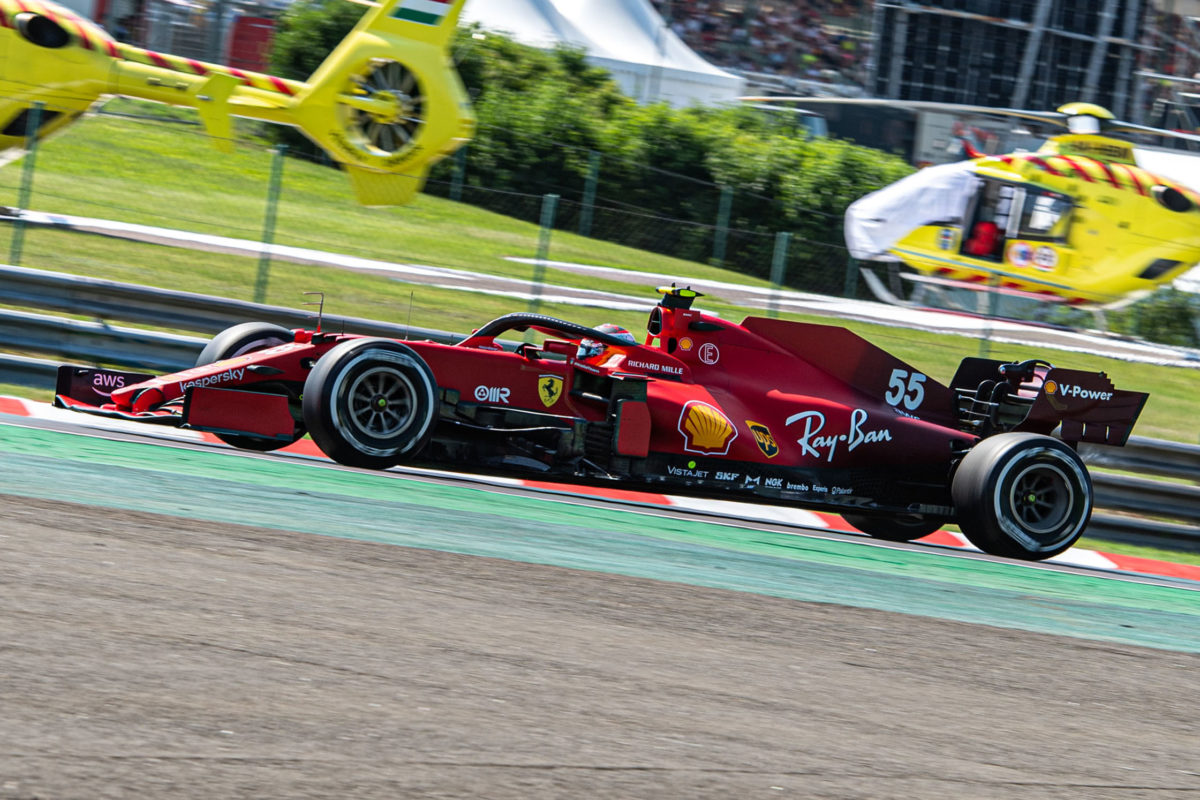 Ferrari has fitted a new power unit to Carlos Sainz’s SF21 after detecting a fault with the unit used during Friday at the Formula 1 Hungarian Grand Prix.

Checks completed following Free Practice 2 raised concerns over some ‘parameters’, the decision made to remove and ship it back to Maranello for further inspection.

Personnel from the team therefore broke the F1 paddock curfew rules while resolving the issue.

Curfew began at 23:30 local time on Friday evening, and ended at 09:00 on Saturday morning, three hours prior to the start of Free Practice 3

There was no penalty for the breach as it was the first of two exceptions permitted for the squad during the course of the season.

Neither Sainz nor team-mate Charles Leclerc enjoyed especially strong pace, the Monegasque the best of the scarlet runners in FP1 with the seventh best time.

He then slipped to 11th in Free Practice 2, one spot up on his team-mate, the pair losing half a second a lap in comparison to their relative pace to the front end of the field.

“Today was a tricky Friday. FP1 was a decent session but FP2 proved to be a bit more complicated,” Sainz admitted.

“The car didn’t feel any worse, but while the others managed to improve, we went backwards.”

The power unit change moves Sainz on to his third of the season, putting the Spaniard at risk of penalties later in the year.