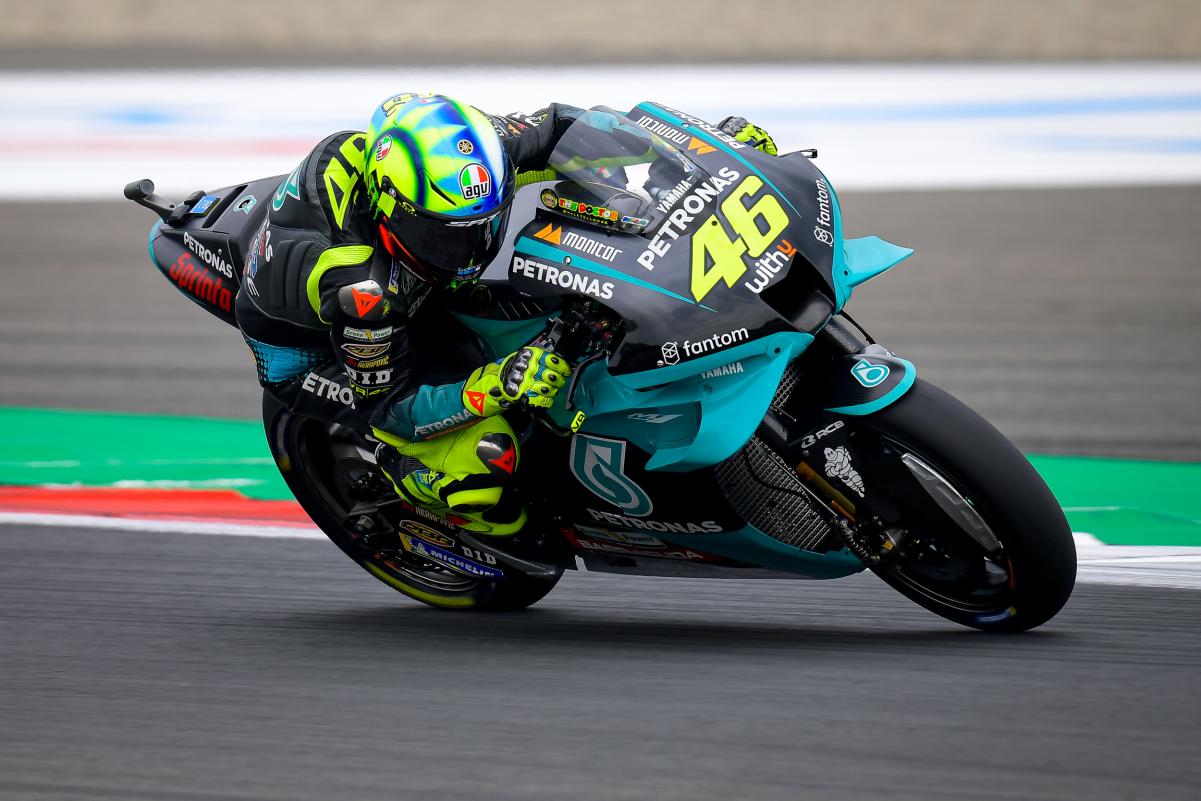 Valentino Rossi is giving serious consideration to continuing his career as a rider at his own VR46 MotoGP team, one of his key staff members has revealed.

The 42-year-old had indicated just before the summer break that he would most likely retire at the end of the current season, after poor performances in the opening nine rounds of 2021.

That came after comments in April that, if his results improved such that he would put off retirement, his “priority remain[ed] Petronas”, that being the naming rights sponsor of and moniker by which his current team, SRT, is referred.

However, it has now emerged that the seven-time premier class champion could go around again with his own squad in 2022, when it becomes a MotoGP entrant in its own right.

“We talked a lot; from now on, he will decide,” Alessio Salucci, director of the VR46 Riders Academy, told Sky Sport Italia.

Luca Marini, who has been placed by VR46 at Esponsorama Racing in this, his rookie MotoGP season, will ride one of its Ducatis next year.

As for who is on the other, Marco Bezzecchi remains the favourite in what would represent a promotion from its Moto2 team, presuming Rossi does indeed decide to retire.

“We hope that the second rider will be Vale,” added Salucci.

“Otherwise, Bezzecchi will most likely be there, but there are also other interests and many open but easy situations.”

Salucci furthermore referred to the next 15 days as “decisive”, and that is true not only for VR46 but also for SRT.

The Malaysian-owned outfit faces a situation where it will most likely not only have to replace ‘The Doctor’, but also Franco Morbidelli, who is set to be released to join Yamaha’s factory team on the seat vacated by Maverick Viñales.

Morbidelli reportedly has a get-out clause in his contract covering factory team offers, but has been given his blessing to move up by SRT boss Razlan Razali in any event.

If #46 takes the second VR46 berth, then Bezzecchi comes into the frame as one of the potential riders at SRT, which is expected to remain as the Yamaha satellite team.

Rossi remains contracted directly to Yamaha for the time being, and is also rumoured to have a clause with the Iwata manufacturer, dating back to his return to its ranks in 2013, which precludes him from riding for any other in MotoGP.

The Italian claimed in April that “I honestly don’t remember this clause.”

There has already been change in the Yamaha ranks, with its test rider, Cal Crutchlow, to fill in for the injured Morbidelli for the next three rounds.

Viñales remains alongside championship leader Fabio Quartararo at Monster Energy Yamaha for the balance of the season.

The summer break ends on August 6-8 with the Michelin Grand Prix of Styria at the Red Bull Ring.