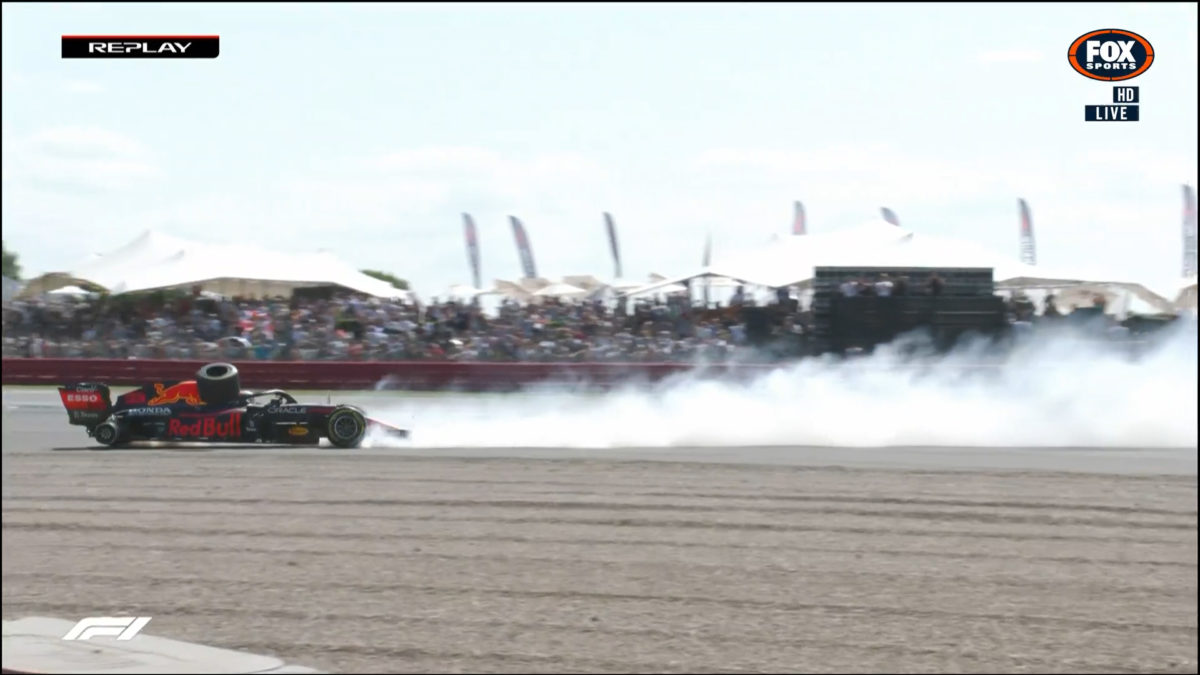 Max Verstappen and Lewis Hamilton’s crash at the Formula 1 British Grand Prix was a racing incident, according to Daniel Ricciardo.

The Australian, who partnered Verstappen for three seasons at Red Bull, has shared his opinion on the incident which saw his former team-mate hospitalised.

“They’ve been racing hard all year, so I’d put it down generally to a racing incident,” he said.

“The main thing was that Max got away safely and obviously he was tested, I believe all evening actually.

“So obviously for his health and wellbeing it’s great.

During his time partnered with Verstappen, Ricciardo has his own clashes with the Dutchman.

Most famous was their coming together at the 2018 Azerbaijan Grand Prix, when the Australian nosed into the rear of his young team-mate and eliminated both from the race.

Verstappen burst onto the scenes in 2015 with Toro Rosso at the age of 17 and found himself at the senior Red Bull team alongside Ricciardo just over a year later.

His early years saw him garner something of a reputation for being overly aggressive, and moving under braking, a legacy which remains despite the now 23-year-old currently boasting a clean FIA Superlicence.

“Max was under a bit of pressure in his first couple years of F1,” Ricciardo acknowledged.

“I definitely think he’s ironed a lot of that out. And I think he’s just matured as a driver.”

Following the opening lap crash in Silverstone, there have been some calls for further regulation of what is acceptable when racing wheel-to-wheel, though it’s not a notion Ricciardo feels is necessary.

“Sometimes it doesn’t have to be written on paper for us, we know just through years of racing and the experience that we have,” the seven-time grand prix winner said of the etiquette and awareness drivers have when racing.

“Especially because in these cars, there is a point where you don’t see, there are blind spots.

“Whether the car’s a quarter of the way on our inside, then we’re aware that the chance of a car being there is probably pretty high, so we’re always going to leave room for one car if there’s a car there.

“Watching Max’s onboard, there was room on the inside.

“Of course they were racing hard, but I would still say hard but fair,” he continued.

“I think obviously Max suspected Lewis was there, or knew he was there, and gave a little bit of room.

“So I didn’t I didn’t really see anything out of line with the incident itself.”

Red Bull’s request to the FIA to have the incident reviewed was rejected on the eve of the Hungarian Grand Prix, which gets underway from 19:30 AEST tonight.