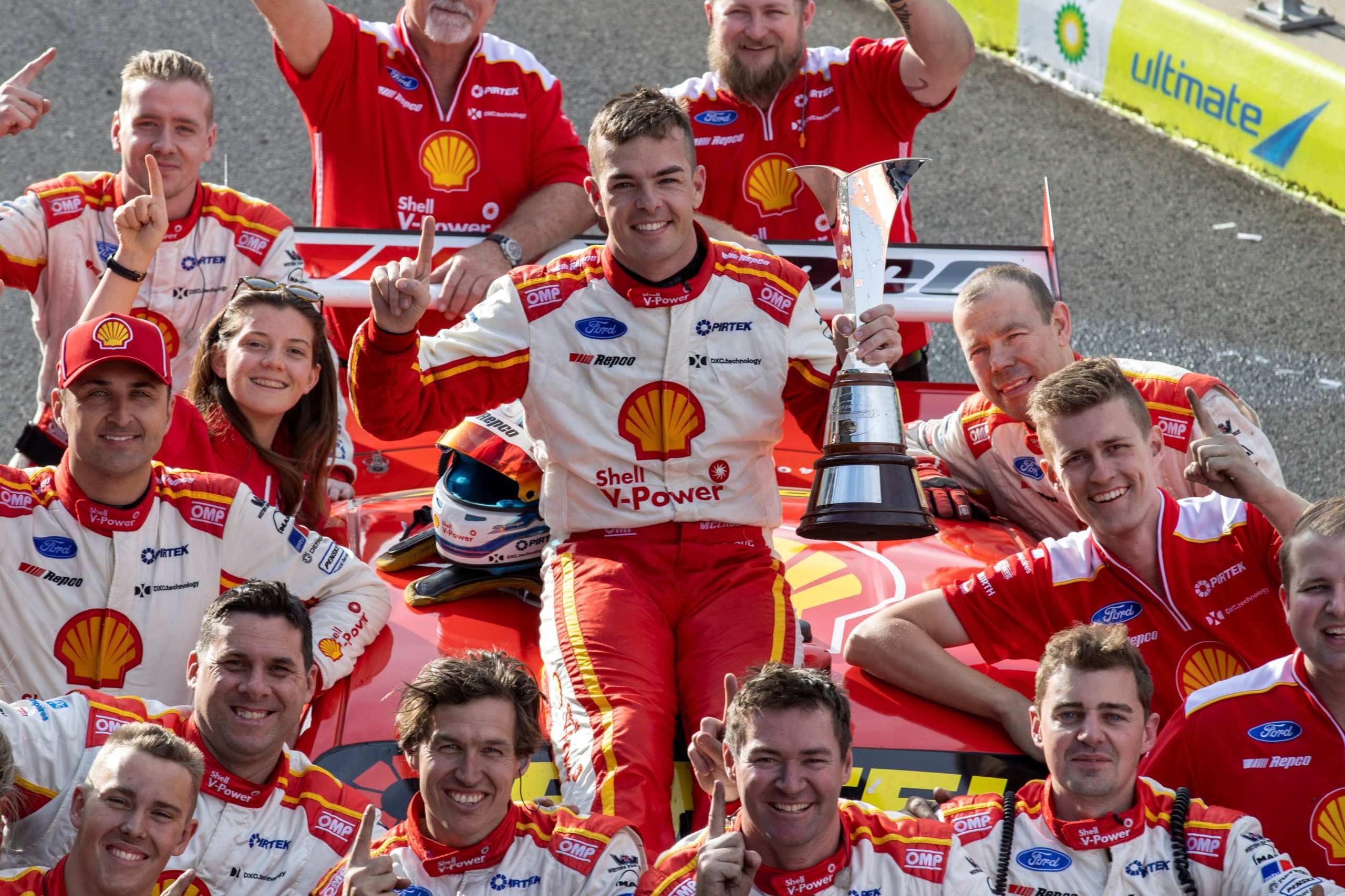 Scott McLaughlin after sealing the 2020 championship at Bathurst

The most notable change was the delaying of the Repco Bathurst 1000 to new dates of November 4-7, pushed back from its original October 7-10 slot.

As observed yesterday by Speedcafe.com, that move opens the door for McLaughlin to make a grand return to Supercars, having departed at the conclusion of last season to pursue his IndyCar Series dream.

The three-time Supercars champion is on the Shell V-Power Racing Team’s roster as a co-driver, but was next to no chance of contesting the Great Race had it not been delayed.

That’s because the IndyCar schedule does not wrap up until September 26 at Long Beach, leaving not enough time to complete a fortnight of quarantine upon arrival to Australia before Bathurst track action would have begun.

Tony D’Alberto will continue in the Shell camp as a co-driver, while Alex Davison has been signed as cover for McLaughlin if the 28-year-old cannot make it.

The Ford squad’s regular drivers Will Davison and Anton De Pasquale are fifth and sixth, respectively, in the 2021 standings.