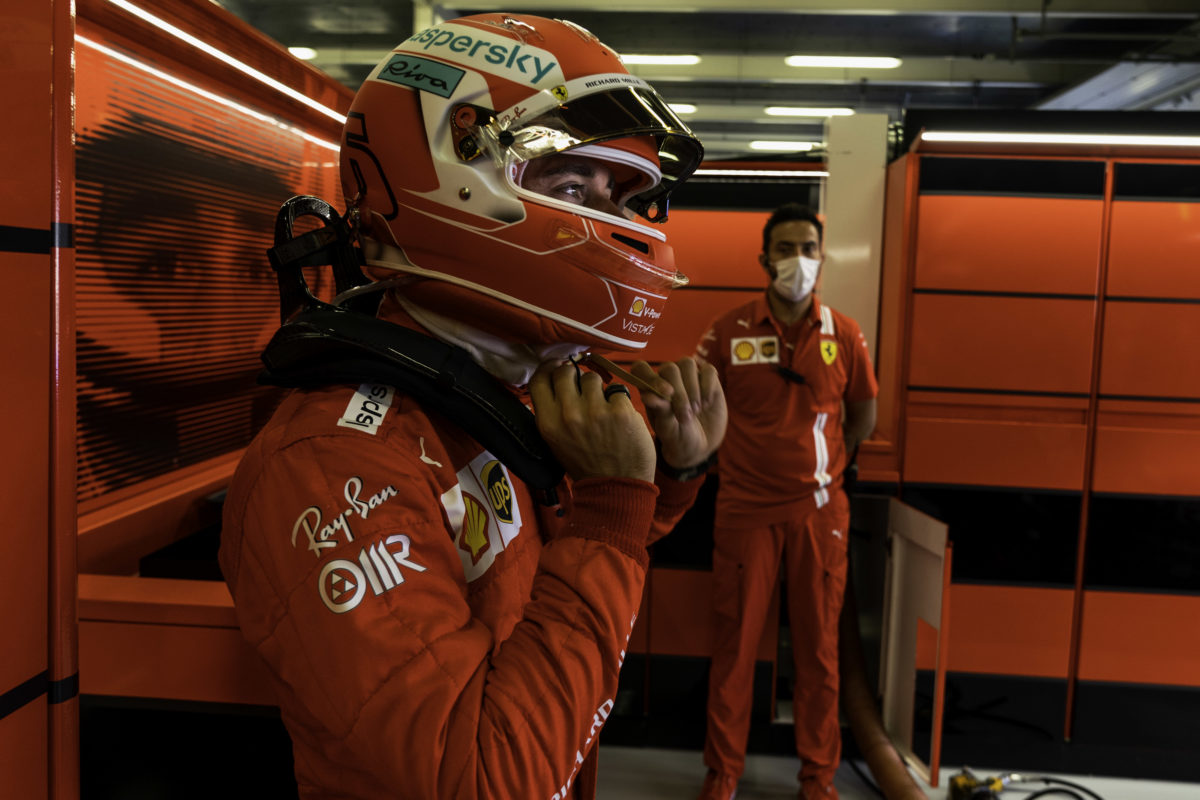 Charles Leclerc is optimistic of a strong weekend from Ferrari at the Formula 1 Hungarian Grand Prix.

On paper, it’s an event ideally suited to the SF21, which has shown solid pace in slow-speed corners, of which the Hungarian circuit has an abundance.

Leclerc found himself on pole at the Monaco Grand Prix, though was unable to take his place on the grid, and again at the Azerbaijan Grand Prix.

He only narrowly missed victory in Silverstone last time out, Lewis Hamilton chasing him down to pass for the lead in the closing laps.

The Monegasque driver is optimistic the Scuderia’s recent form will be prevalent again this weekend.

“I feel like it can be a strong race for us,” Leclerc said.

“I don’t think we’ll be at the level of performance as we’ve seen in Monaco, but I hope we can at least be on top of the midfield, which is really the fight we are fighting this year.

“This is the most important target for this weekend and I think we are quite confident that we can achieve that.”

In his three previous appearances at the Hungaroring, Leclerc’s best is a fourth at the 2019 event.

He failed to see the flag during his rookie season, and hustled Ferrari’s difficult SF1000 to 11th in last year’s encounter.

“It’s not a particularly strong track for myself as a driver,” he conceded.

“It’s a very difficult track, very technical, you need to be very, very smooth. I tend to have a bit more of an aggressive driving style.

“It looks like I’m struggling a bit more here compared to my team-mates in the past, so I will work on that and try to maximise this weekend.”

Leclerc sits sixth in the drivers’ championship with 80 points to his name, 12 more than team-mate Carlos Sainz and 24 down on Red Bull’s Sergio Perez (fifth).

Opening practice for this weekend’s Hungarian Grand Prix begins at 19:30 AEST this evening.