Hamilton and Verstappen remain at odds over British F1 crash

Hamilton and Verstappen remain at odds over British F1 crash 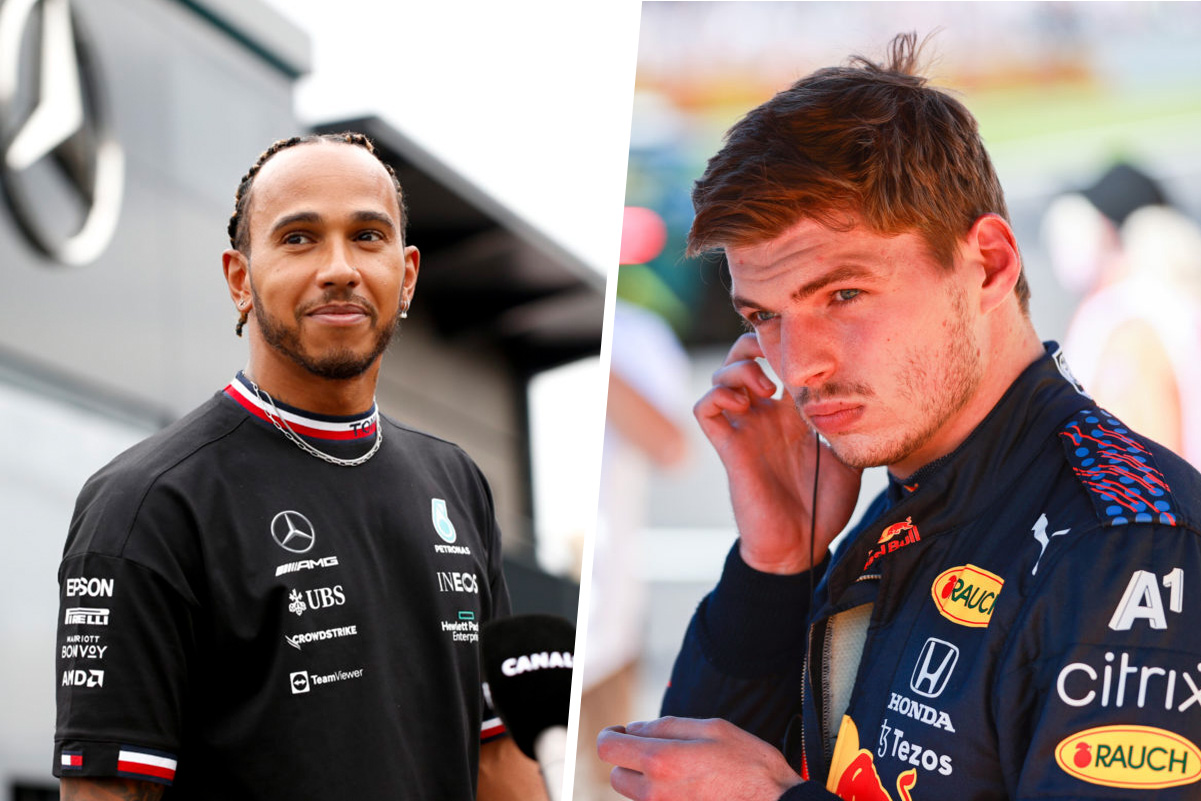 Lewis Hamilton and Max Verstappen continue to disagree over their clash at the Formula 1 British Grand Prix two weeks ago.

Verstappen was eliminated from the race on the opening lap following contact with Hamilton, the Mercedes driver picking up a 10-second penalty for his role in the incident but going on to win the race regardless.

Ahead of this weekend’s Hungarian Grand Prix, Hamilton was keen to put the matter behind him, which his championship rival was more willing to share his views with the media.

“I’m not happy with what happened there, especially to lose that many points due to someone else,” Verstappen argued.

“I don’t think the penalty was correct, because basically you take out your main rival,” he added.

“And especially with the speed we have in our cars, we are miles ahead of, let’s say the third best team – we are easily 40 to 50 seconds ahead in normal conditions.

“So a 10-second penalty doesn’t do anything, so definitely that penalty should have been more severe.”

Though able to climb from the car following his 51G impact, Verstappen was taken to the Silverstone medical centre and then on to hospital for further checks.

It made his appearance in front of the press on Thursday the first chance he’s had to face questions over the incident, with the 23-year-old standing by statements he made a week ago.

Among those was his opinion that Hamilton’s victory celebration was disrespectful.

“When one guy is in the hospital, and the other one is waving the flag around like nothing has happened, while you definitely push the guy into the wall…,” Verstappen began.

“And not only that, just the whole reaction of the team.

“I think that’s not how you celebrate the win, especially a win how they got it.

“That’s what I find really disrespectful.

“It shows how they really are, you know, it comes out after a pressured situation, but I wouldn’t want to be seen like that.”

Hamilton defended his celebrations, stating that he both wasn’t aware of Verstappen’s exact condition and was caught up in the moment with his home crowd.

“I saw on the screen that he had got out of the car and he looked okay, and then I was told that he was fine,” the Englishman explained.

“I wasn’t aware until the media press pens afterwards that he had visited the hospital and none of us ever want to see another driver injured, or in harm’s way, or put a driver in harm’s way.

“I don’t believe our behaviour was disrespectful,” he added.

“But it’s my home grand prix, and we worked incredibly hard for, God knows how long, to get a result like that.

“The whole home crowd being there for the first time obviously since last year was missed and emotions were running high.

“It wasn’t like an intentional celebration, it was just the joy of seeing so many people, and so many people celebrating being together, and that’s the natural motion.”

While officials deemed Hamilton’s actions worth of the penalty, their ruling implied they considered Verstappen at least partly to blame for the incident.

Their report stated the Mercedes driver was ‘predominantly’ to blame, not wholly, a suggestion the championship leader refutes.

“I don’t think I did anything wrong there,” Verstappen said.

“We were racing hard, and of course that corner is very fast, but I don’t know how I have a percentage in that fault.

“He goes for that move, he commits to the move, of course I’m going to make it difficult for him.

“As he commits to the inside and he’s getting alongside me, I open up the corner and then I’m going to leave him space.

“So from my side a bit surprised that there is a little bit of a percentage in there.”

Verstappen rejected suggestions that Hamilton raced dirty, and revealed the pair had spoken in the days since the British GP.

“I don’t need to go into details about that, but we did have a chat,” he acknowledged.

Hamilton was somewhat more forthcoming, revealing some lingering angst between the pair.

“I did give Max a call after the race to just check if he was okay and let him know that the respect is still there, but obviously it’s perhaps not reciprocated.”

Red Bull’s request to have the British GP incident reviewed by the FIA was rejected overnight.