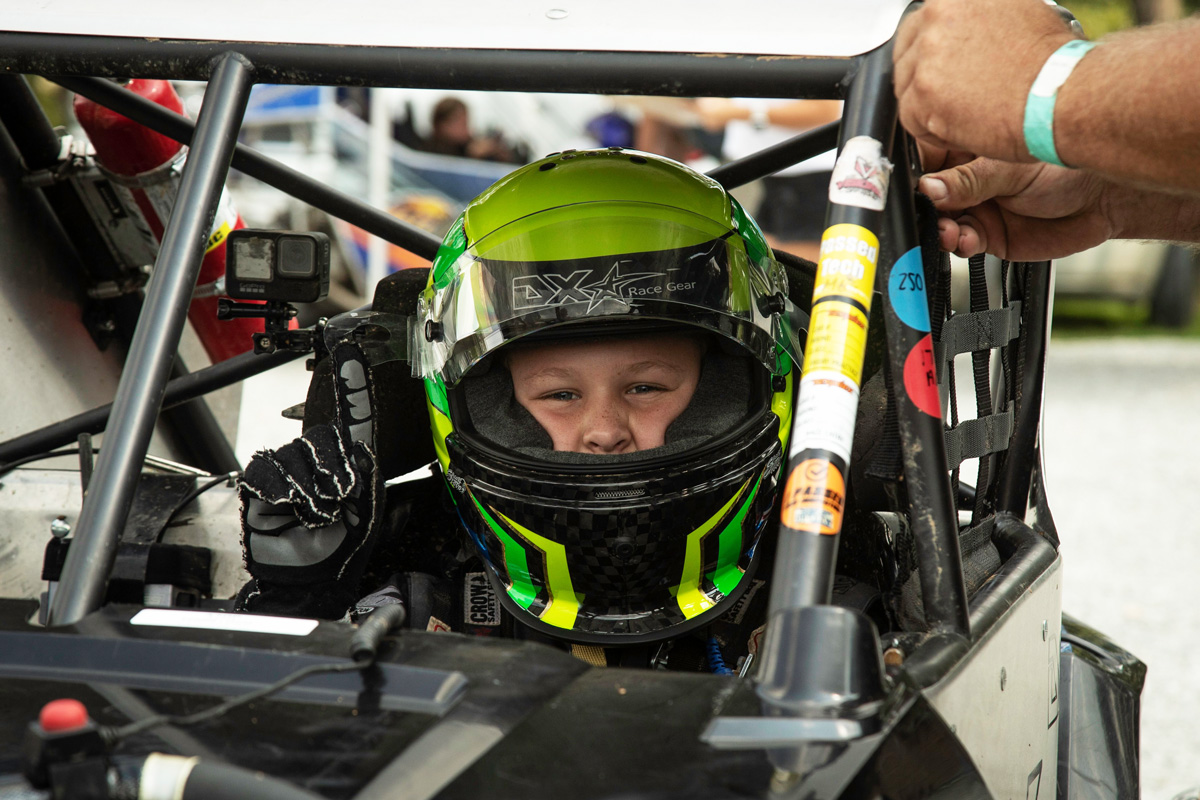 One of Australia’s youngest ever international motorsport competitors, Dexter Warren, has continued to add to his off-road trophy cabinet after a full-time move to the United States.

Warren, who is just eight years old from Two Wells in South Australia, first competed in the US as a six year-old and returned last year to compete in several events including the BFGoodrich Minto 400 at Las Vegas.

Still under age for regular competition in Australia, Warren and his family returned to the US in February and he has been racing every week across the country.

Ironically, racing in Australia at all levels continues to be cruelled by changing COVID-19 restrictions, while competition in the US has rolled on with limited restrictions.

Since clinching second place in the Great American Short Course series in May, Warren has been on a hot streak.

He won rounds five and six of the Texplex Outlaw series in Midlothian, Texas, rounds five and six of the AZOP (Arizona Off-Road Promotions) series, round four of the MidAmerica Outdoors series in Jay, Oklahoma, round five of World Off-Road Championship Series in Payson, Idaho and then the Visions Off-Road Event at the MidAmerica Outdoors event in front of 10,000 fans.

In between events Warren hones his skills at a local go-kart track, while also working through his school work.

The youngster is also improving his mechanical and engineering skills, by working on and developing his own machinery.

He recently took delivery of his new Polaris RZR170 which is 90kgs (200lb) lighter than his old car and which was almost 10 seconds a lap faster at the recent Visions event at MidAmerica in Oklahoma.

Warren put his new gear to good use, winning the event by almost 15 seconds before entertaining the crowd in a post-race interview with his young Australian accent.

“Racing in America is so much fun and very different to back home,” said Warren.

“The fact I can race these cars here helps my skills and to move me forward.”

While he has regular events most weeks, Warren’s main focus for 2021 is the Polaris UTV World Championships in Lake Havasu City in Arizona from October 13-17.

“I need to keep pushing myself at each race and be as prepared as I can be for the UTV World Championships. I really would like to do a good job there,” says Warren.

In the meantime, Warren will again be heading back to Texas and Oklahoma to continue his assault on the Midwest series.

He will also be competing in a longer desert race in the Best In The Desert series and will continue his work off the track with driver development with coach Jimmy Owens of Xtreme Machine and Fabrication.