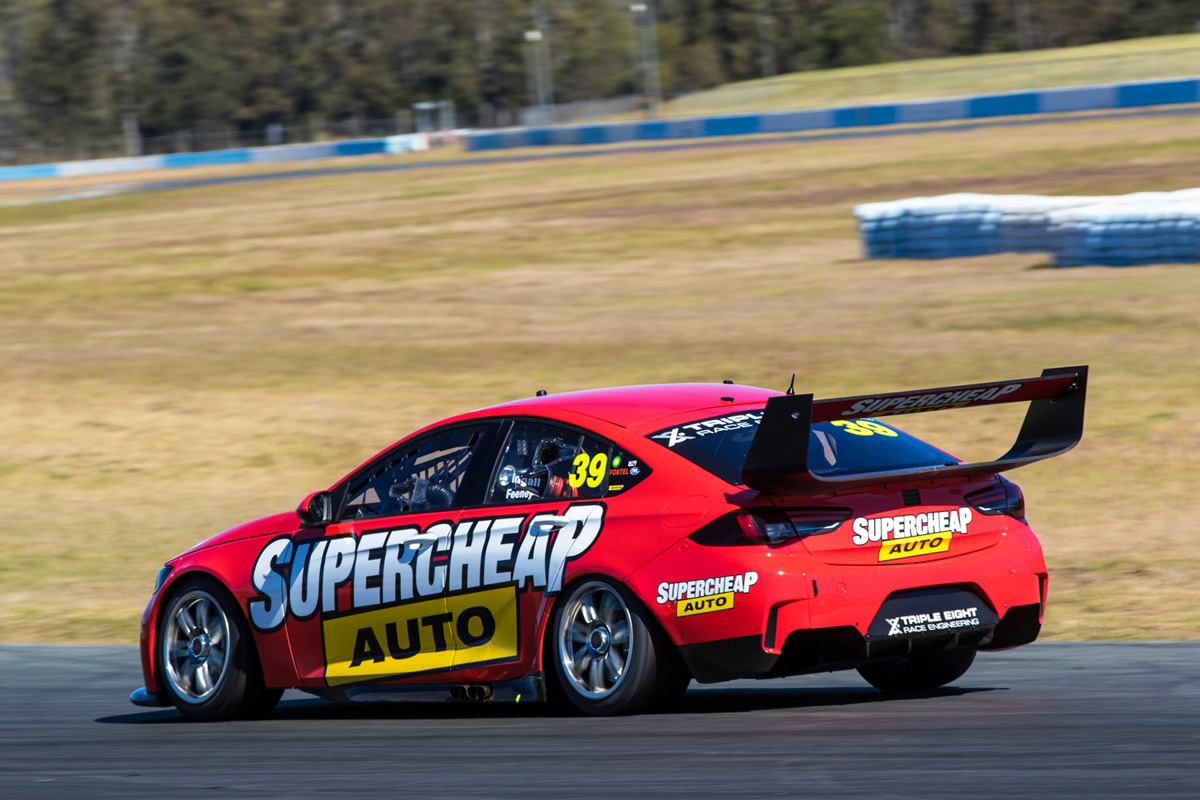 Bathurst 1000 wildcard entrant Russell Ingall feels more confident about his chances for the 2021 Great Race after his first seat time of the year in a ZB Commodore Supercar.

The 57-year-old chalked up dozens of laps during a Triple Eight Race Engineering ride day on Tuesday at Queensland Raceway, in the Supercheap Auto-backed #39.

It’s been five years since Ingall last raced competitively in Supercars, making any track opportunities invaluable for the 2005 champion.

“As I said to my engineer afterwards, it has probably answered a few of the voices that have been in my head the last few months,” Ingall told Speedcafe.com.

“A few voices [were] asking me things like, ‘what’s it going to be like? What’s changed? How is the car going to react? What’s the brakes like?’

“Just all these little things you keep questioning yourself about, so thankfully I got a lot of answers to those questions and it is all sort of fitting in place.”

Ingall noted the ZB was reasonably different to drive, compared to the VF model he sampled in May at a Super2 test day for his Bathurst co-driver Broc Feeney.

“The car is really nice, it does everything it is supposed to and you can see why they’re doing pretty well this year,” he said.

“The cars sort of feel a little bit easier to drive in some respects, and that’s obviously to do with aero.

“It has ticked a lot of boxes, I can tell you. And the good thing about it is I can get around alright and I have come out a lot happier.

“It’s like anything, you sort of question the decision, you question yourself, ‘am I going to be alright in this thing?’

“I’ve come out at the end of it, Roland rang me up at the end of the day and said ‘are you good?’ And I said ‘yeah, mate, a lot happier’. Some of the doubts have gone.

“I still have to brush up on things, there’s a few technique things that I know I have to fix, but at least I have identified it, I know it… but the thing is I feel confident enough that I can push the thing on the edge and know where I am going with it.

“It didn’t get away from me at all and I feel like I had it pretty well under control, and we’re still pushing on.”

Ingall believes the ride day laps will put him in good stead for the wildcard’s first official test day, which is now slated for August 10 at Queensland Raceway.