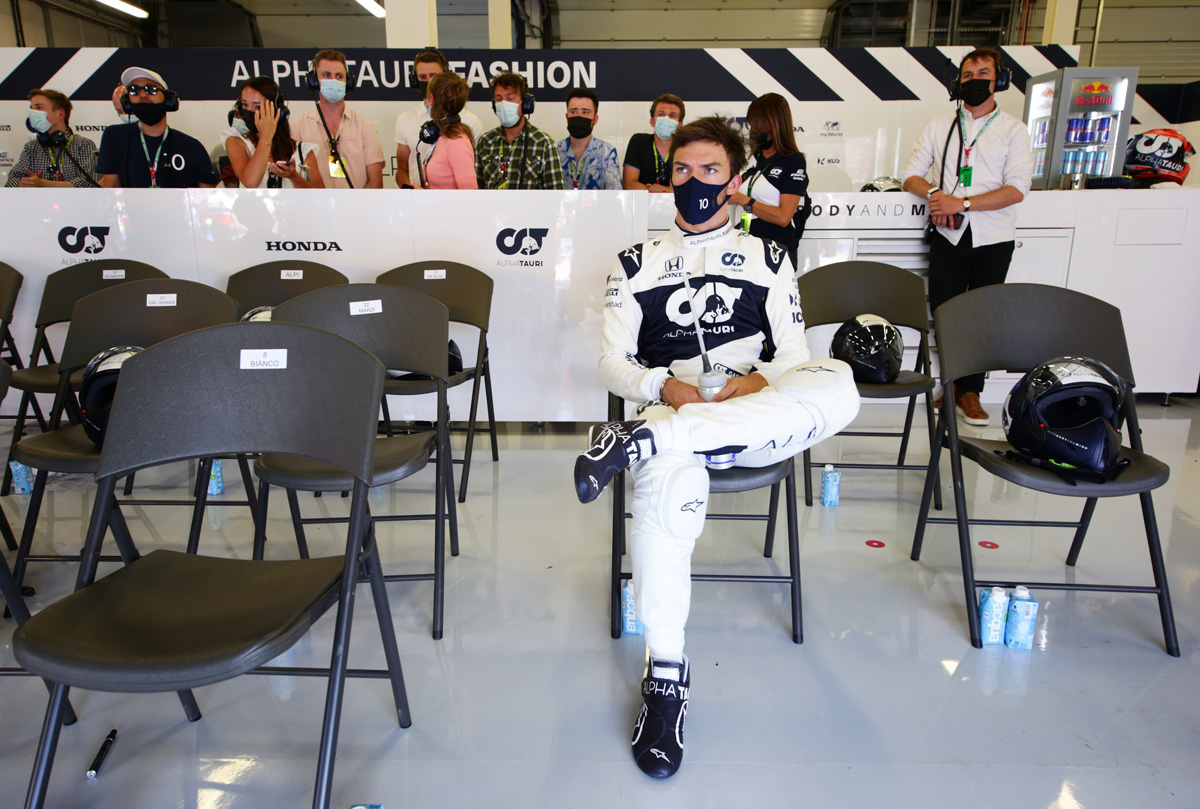 Pierre Gasly has revealed his frustration as missed opportunities pile up in AlphaTauri’s 2021 Formula 1 campaign.

The Faenza operation has shown excellent pace this season but has lost a stack of points along the way during to various reasons.

Heading into the Hungarian Grand Prix, Gasly sits ninth on 39 points – recently dropping behind McLaren’s Daniel Ricciardo – while rookie Yuki Tsunoda is 14th with barely a quarter of that tally.

Gasly scored a podium at Azerbaijan and has frequently contended for a top five qualifying result, but has netted just two points from the past three grands prix.

“The last race at Silverstone was frustrating as we lost a couple of points because of the puncture at the end, I think even eighth place could have been possible,” said Gasly.

“Someone had thrown some gravel onto the track and it cut my tyre.

“So honestly, I was a bit fed up with how things went generally in the past few races.

“In Austria there was the collision with Charles [Leclerc], which cost me some points, and then that puncture.

“Overall, I’d say Silverstone was my worst weekend of the season, especially as it looked as though we could have salvaged between two and four points, so it was annoying that we couldn’t take them.”

The 2020 Italian Grand Prix winner is hoping to get things back on track at the Hungaroring.

“We got off to a very strong start to the season, so now it will be important to have a good end to the first part of the year in Budapest,” said Gasly.

“I have done well in the past at the Hungaroring, winning in Formula 2 and scoring points a couple of times in Formula 1.

“It’s a circuit I like a lot, as there are no real straights and plenty of corners, so in the cockpit you are always doing something – braking, turning, or managing the throttle.

“There’s very little time spent in a straight line and I enjoy that. It means it’s important to get into a good rhythm and so I find it really enjoyable to drive.”