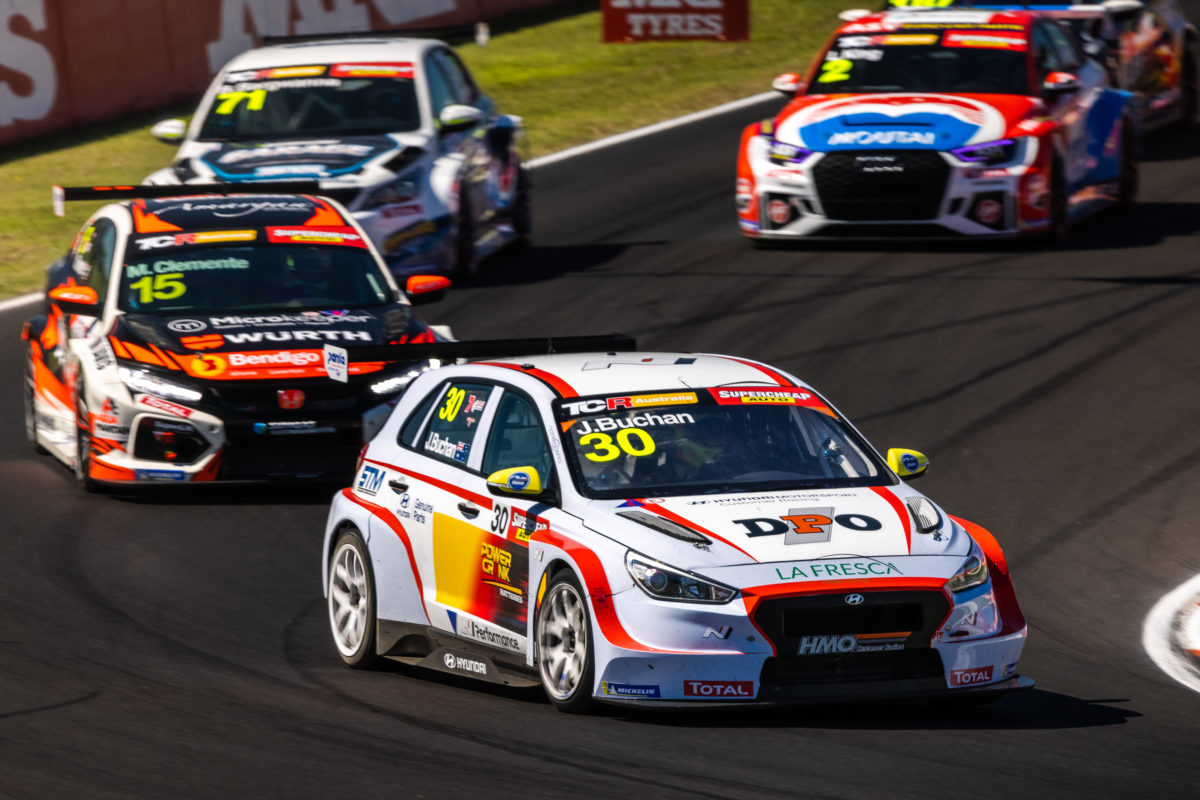 Josh Buchan expects that having longer Supercheap Auto TCR Australia Series races at November’s Bathurst 400 will be “off its head”.

The Bathurst 400 will be a points-paying, final round of the Supercheap Auto TCR Australia Series proper after an international-flavoured enduro was again rendered infeasible due to border settings.

Nevertheless, the three races which are to be held at Mount Panorama this November will be the longest in the series’ short history at just over 130km each.

They will also be more than double the length of the races which comprised Supercheap Auto TCR Australia’s first ever round at the circuit, at April’s Bathurst 6 Hour.

Buchan expects that, once the contests proceed beyond 10 laps and thus into uncharted territory, they will become particularly willing.

“Anytime you get to go to that venue, whether you’re first, second, fifth or last, the chances are you’re going to have a good time,” said the HMO Hyundai driver, who won the most recent round of the season.

“The longer race format really suits the Hyundai. The longer the races are, the better the car is, our tyre life and even our fuel burn is going to be important for an event of that duration. I have no idea what to expect, but I’m sure we’re going to be more competitive than our first outing there.

“With the format that was run earlier in the year, featuring two practice sessions that were only eight to 10 laps each and we’re running different tyres all the time, usually your last lap was the fastest.

“It’s going to be good to do a stint where you can build on lap-after-lap for a good 10 to 15 laps and if it works out like that, the last five laps of each race will be off its head.

“Everyone will be tuned up; it should make great viewing.”

A unique grid determination format will be in play for the Bathurst 400.

Instead of a progressive grid, Astrontech Qualifying will set the starting order for both Races 1 and 2, but with the top 10 reversed for the latter of those.

Aaron Cameron, who finished second to Chaz Mostert in each of the three TCR races at the Bathurst 6 Hour event, expects the format to mix things up. 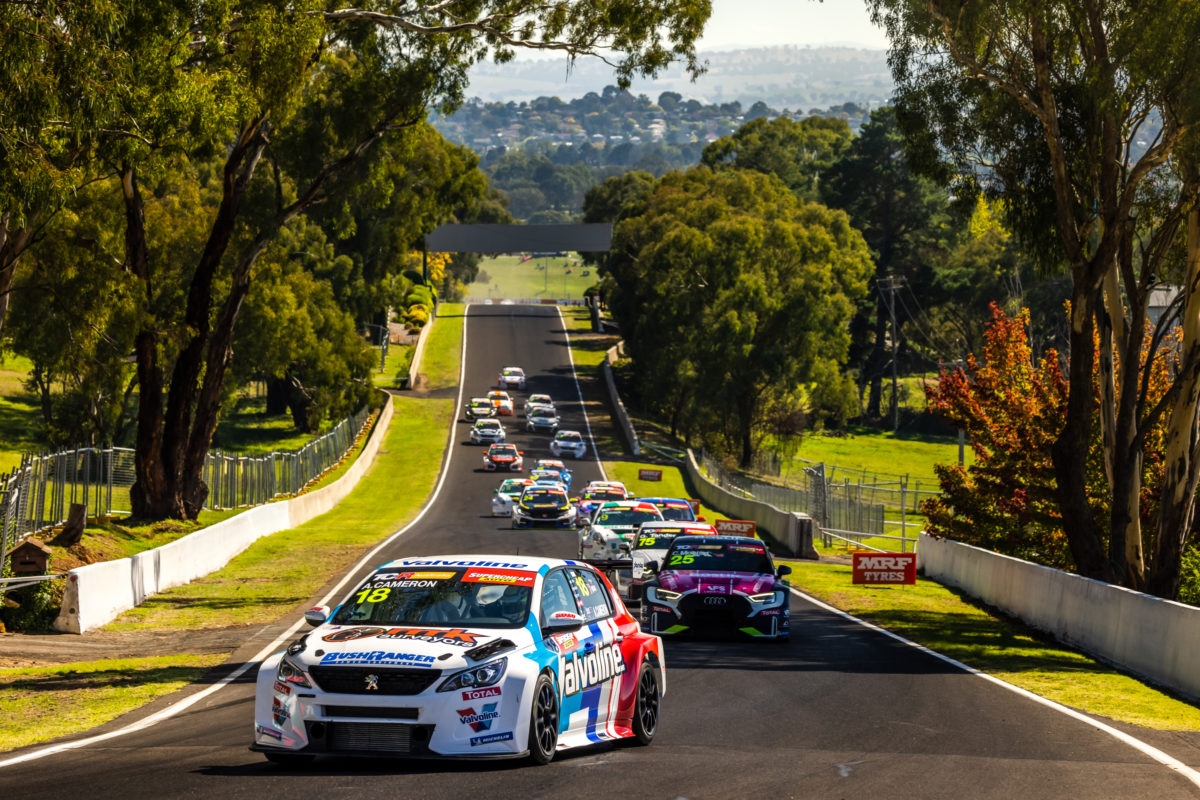 “The longer races are certainly favourable for us,” said the Garry Rogers Motorsport Peugeot driver.

“We don’t usually do really long races but 21 laps provides variables in tyre life and strategy, which I love.

“Having an inverted top 10 in Race 2 is cool. It’s good to mix up the grid a bit; there will be plenty of action and I expect plenty of rubbing.

“No one’s got any excuses to not do well after racing there earlier this year. The longer distance gives me more incentive to work on the Peugeot’s tyre degradation before then.

“It could go either way with the longer races, but I think it will be pretty heated early on and by the end of the race it will either be settled down or be a battle to the finish.” 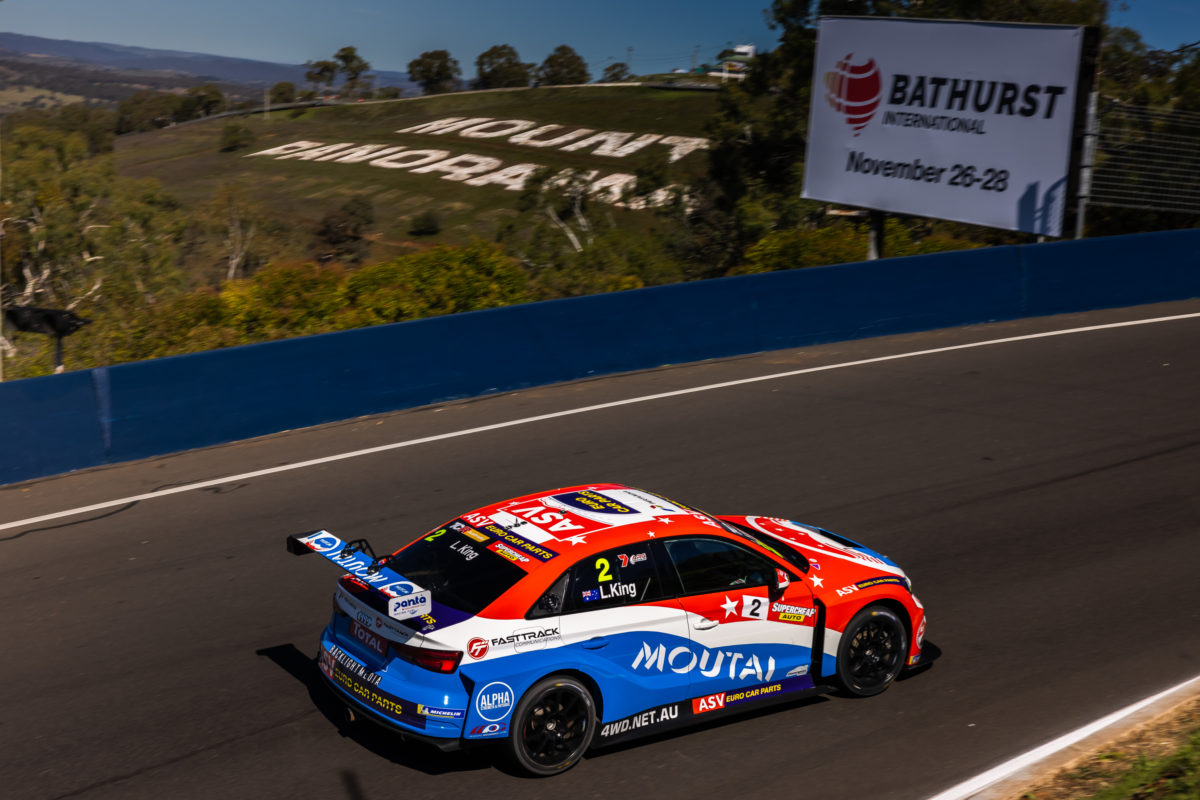 “I’m keen for any track time around Bathurst, but having longer distance races there is awesome,” declared King.

“The thing that grabbed my attention was the inverted top 10 in Race 2, which I expect to be an interesting prospect.

“It’ll be interesting to see and will certainly be a test. Races at Bathurst are always a test of man and machine. Everyone got through unscathed there at Easter, but I don’t think that will be the case in these longer races.

“As the racing goes on, going through The Dipper 21 times and The Chase that many times it starts to become quite a long weekend.

“I’d be expecting people to be scraping the wall by the end of those races and potentially making a few mistakes.”

The Bathurst 400 takes place as part of the Supercheap Auto Bathurst International on November 26-28.