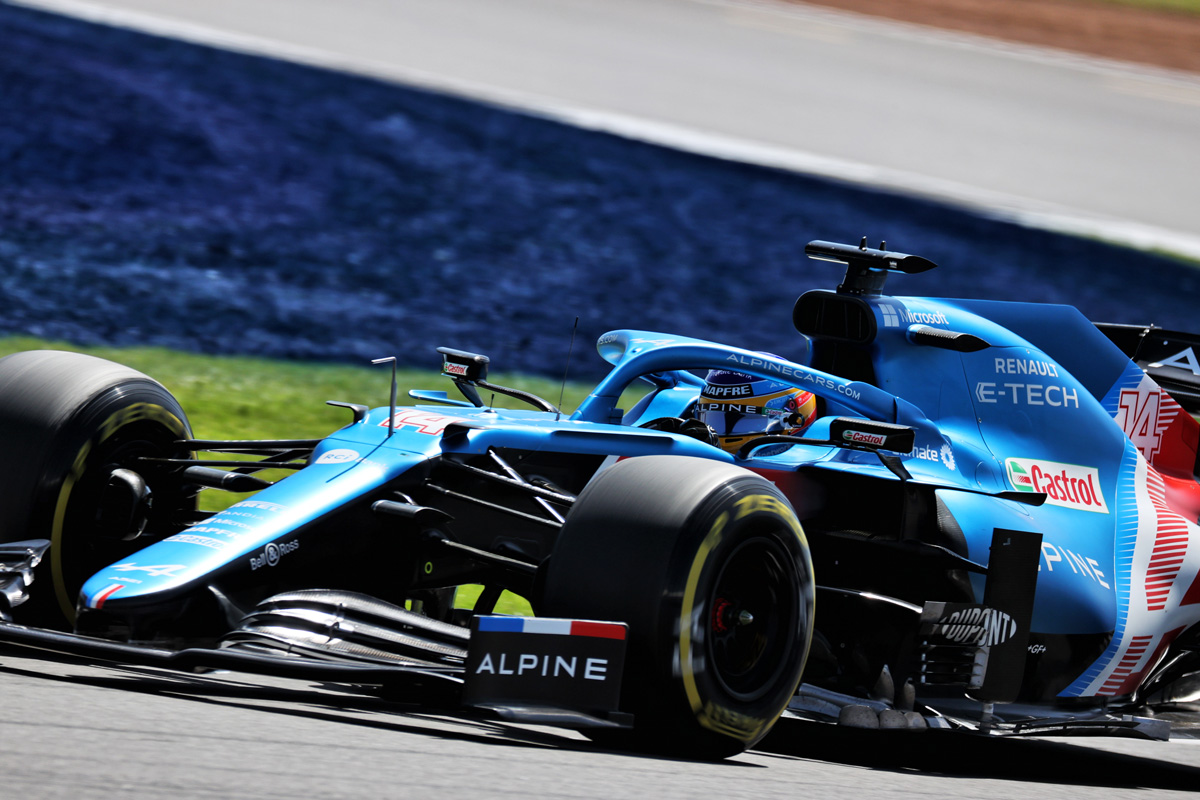 An in-form Fernando Alonso is looking forward to celebrating his 40th birthday at a happy hunting ground in Hungary.

The two-time Formula 1 world champion has been back to his feisty best in recent rounds, coming to grips with Alpine’s A521 after two years away from the category.

His efforts have brought Alpine firmly into the race for fifth in the constructors’ championship, sitting just nine points behind AlphaTauri, with Aston Martin wedged in between.

The site of this weekend’s grand prix, the Hungaroring, brings plenty of special memories to keep the Spaniard energised.

“It’s a circuit where there isn’t much time to breathe with lots of tight corners,” said Alonso, who turns 40 today.

“It feels like a big go-kart circuit. We all love driving there because I think the driver has a quite a bit more input than some circuits.

“I’ve had some good results in Hungary, most notably in 2003 when I took my first ever Formula 1 win.

“I’ve also scored a few podiums too and the pole position in 2009 was good.

“I feel like the team is improving all the time, especially after the performance at Silverstone where both cars finished in the points, so we’re hopeful of another good weekend.”

Alonso’s team-mate Esteban Ocon returned to form at the British Grand Prix, taking ninth, having failed to score points at any of the previous four events.

“I’m feeling happy going to Hungary after a promising weekend in Silverstone where the car felt much better than it had in previous rounds,” said the Frenchman.

“The team and I have continued to work hard in our preparation on the simulator to be ready for Hungary.”

Alpine executive director Marcin Budkowski added: “The Hungaroring is a tight and twisty track and notoriously difficult to overtake on.

“That means qualifying will be important and we will need to realise the potential of the car on Saturday to put ourselves in a place where we can fight for the higher points-scoring positions in the race.

“It’s the stage of the year when grand prix fatigue is kicking in after quite a few races already.

“It’s been a big push from the start of the season with both Enstone and Viry working hard to develop the car.

“The focus has now switched entirely to 2022 at both factories, meaning there are fewer new parts coming to the track, but the second half of the calendar is a gruelling schedule and everyone in the team looks forward to the two-week break to recharge.

“But, before we can relax, we are aiming for another strong showing and a double points finish in Hungary.”

Free Practice 1 at the Hungarian Grand Prix kicks off at 19:30 AEST tomorrow.