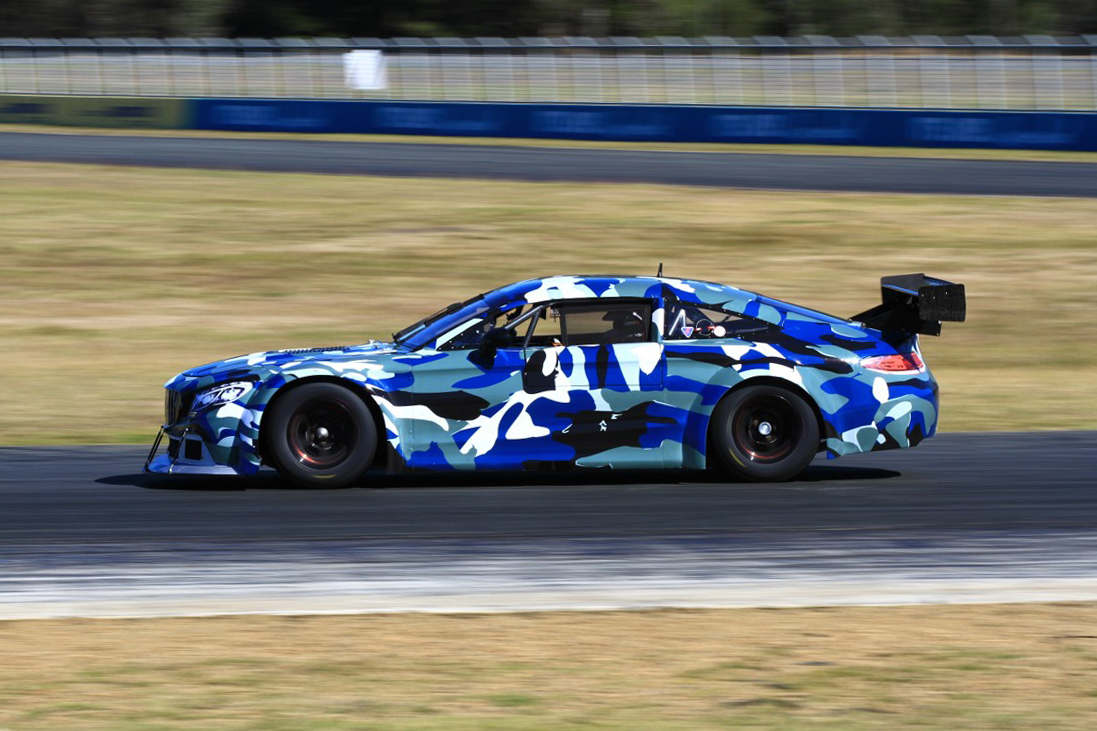 Supercars has made a step forward in the development of Gen3 with the public testing of a Chevrolet Camaro-destined prototype engine at Queensland Raceway.

The test was carried out by General Motors Specialty Vehicles homologation team Triple Eight Race Engineering yesterday alongside the team’s ride day, where its ZB and VF Commodores were in use.

It’s understood Prince Jefri Ibrahim cut the lion’s share of laps in the space-frame chassis with the prototype engine.

Several observers at the track reported that the car had a notably different noise to the incumbent Gen2 Supercars, though that may be related to the TA2 exhaust set-up.

It’s understood the engine was not running at full noise with a lower rev limit than what the final engine will run at.

It’s not yet known whether any other Gen3 related components were tested on the car.

However, the TA2 Asia specification cars are fitted with a six-speed gearbox with paddle shift.

Yesterday’s test marked the first known occasion the 5.7-litre V8, which will power the Chevrolet Camaro next year, has been on track.

The 5.4-litre V8 that will power the new Ford Mustang is being built by Mostech Race Engines.

As it stands, Supercars is now targeting an on-track debut of the Gen3 cars this October before its racing rollout in August next year.