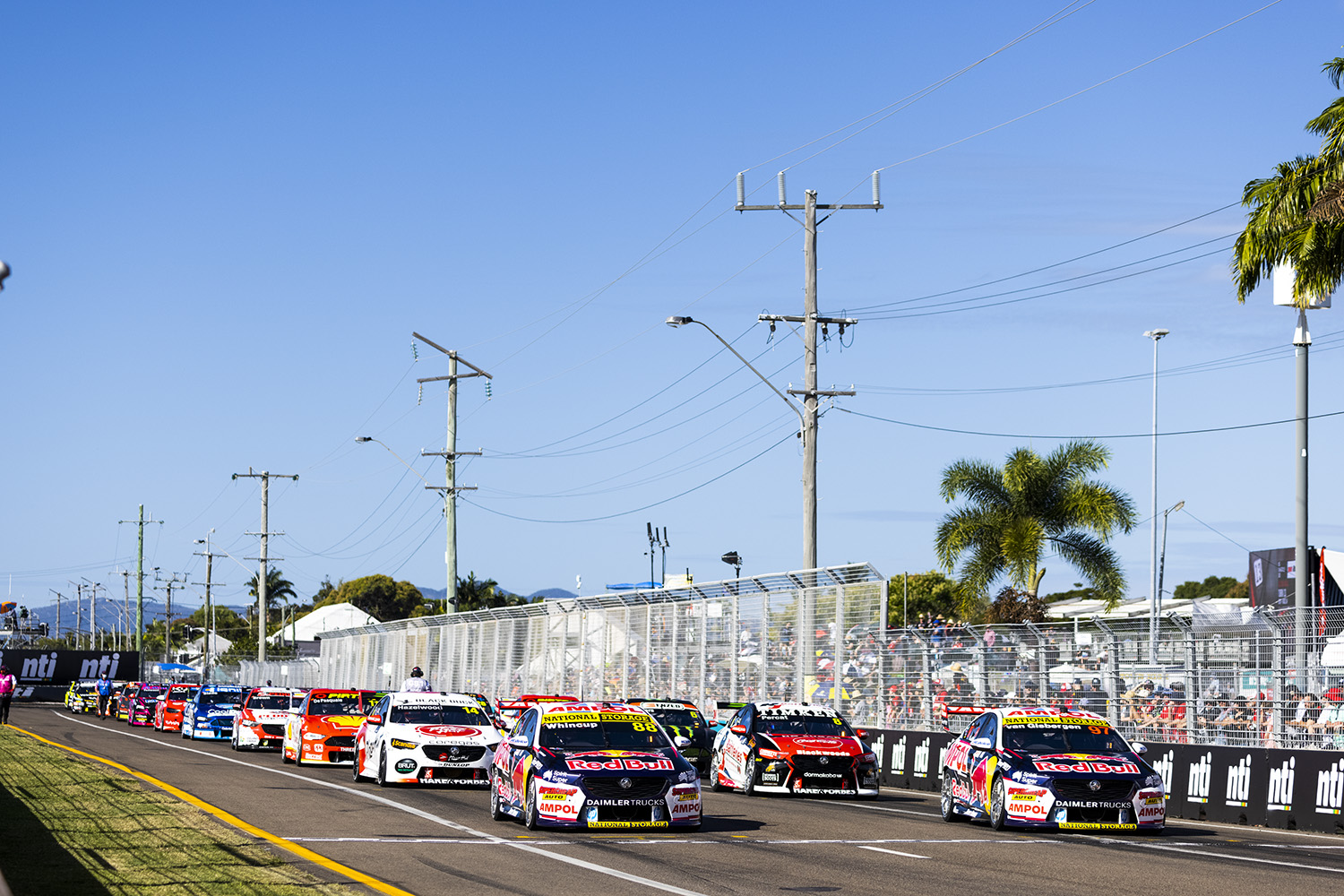 The back end of this year’s Repco Supercars Championship looks set to undergo a significant reshuffle.

An extended layoff is looming for the championship due in part to the Summer Olympics and the ongoing COVID-19 outbreak in New South Wales.

Supercars CEO Sean Seamer met with the category’s board yesterday to table a provisional plan that would go some way towards reaching the minimum threshold of 12 rounds.

Speaking with select media including Speedcafe.com, Seamer said a revised calendar was firming and a formal announcement is expected on Friday.

As it stands, Supercars has earmarked Queensland Raceway as its next stop on the calendar.

However, that’s looking likely to either be postponed or left off the calendar entirely. Tickets for the event, currently earmarked for August 21-22, have not yet gone on sale.

The Perth SuperNight which is currently scheduled for September 11-12 is understood to be at risk as is the Auckland SuperSprint on November 6-7, the penultimate round of the season.

Both those events are expected to be axed.

As yet, no decision has been made as to whether the Sydney SuperNight will slot back into the calendar, having been postponed from its initial date, but Supercars is contractually obligated to host three events in New South Wales each year.

The Bathurst 1000 also appears set to be affected by a calendar change with “all options on the table” according to Seamer when asked if a postponement was likely.

Speedcafe.com understands Winton Motor Raceway is still shaping to re-enter the calendar while Phillip Island could be included too.

Ultimately, Seamer’s hope is that what events do happen this year take place with fans in attendance.

Currently, Supercars needs to host five more events to meet its 12-round requirement.

“Some of the principles that we’re working on is making sure that we deliver the 12 rounds; [that’s] obviously priority number one,” Seamer explained.

“But, we want to do it in such a way whereby we’re delivering the best possible experience to fans.

“We know that it’s not just about having the event, it’s about creating a positive experience for our fans and for our sponsors and partners as well.

“Whereas last year we were just trying to get the rounds away, what we learnt was – that was great – but you can only do that for one year.

“Making sure that we give ourselves every opportunity to get the fans back and deliver the best possible experience is critical to our planning and that’s why there are a range of different options on the table that we’re working through right now.”

An issue at the forefront of Supercars’ calendar considerations is that of the Victorian-based teams who have had to endure extended spells on the road.

Victorian teams have been left frustrated at having to up sticks at the last minute and spend weeks at a time away from home while Queensland teams remain unaffected.

It’s hoped the revised calendar will go some way to avoiding a repeat of that situation.