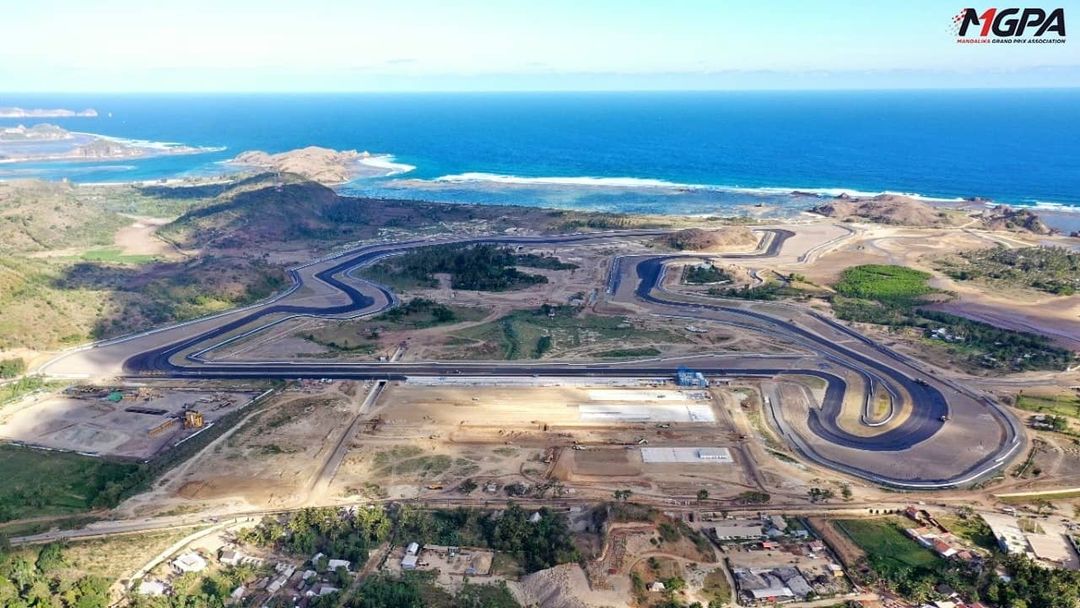 The organisation behind Indonesia’s new MotoGP event has “had discussions” about also bringing Formula 1 to the Mandalika street circuit.

The Mandalika International Street Circuit is now close to completion and, subject to homologation, will see its first event when the Superbike World Championship finale is held there in November.

It is also set to host a MotoGP test later this year ahead of its debut on the grand prix calendar in March 2022, having been listed initially as a reserve circuit for the current season.

However, there is also a desire to one day attract F1 to the venue, which is being built as part of a new tourism estate on the island of Lombok, near Bali.

As a MotoGP, Mandalika would have to meet the FIM’s Grade A circuit standard, but, according to the Indonesian Tourism Development Corporation (ITDC), it has also been designed such that it could also be made compliant with the FIA Grade 1 standard required to host F1.

Now, the CEO of the Mandalika Grand Prix Association, Ricky Baheramsjah, has revealed that there have been talks about bringing the pinnacle of car racing to their venue.

“Look, our circuit can be graded FIA A-grade, which would accommodate F1 and we have had discussions with F1 on Lombok,” said Baheramsjah.

“They don’t like the gravel traps that we need for MotoGP, but that’s a minor issue because under the gravel is just asphalt, so it can be shifted out.

“We may need a few more facilities — more five-star hotels — as MotoGP is a very broad market: people on scooters and people in Bentleys.

“Ticket pricing is also relatively more affordable for MotoGP than it is for F1.

“So, a destination like Lombok would be challenging for F1, but once Mandalika is developed a bit more, then there is a fantastic opportunity for F1 should it want to explore it.

“For now though, we are fully focused on the races we have lined up.”

The street circuit is but one part of the ‘Mandalika Project’, which places a high emphasis on sustainability and what Baheramsjah has described as “responsible development”.

It is also set to be one of a host of sports facilities and contests on the island.

“ITDC is slowly but surely positioning Lombok as a ‘sports entertainment’ destination and we would love to have events such as marathons and Ironman races in the future; events that really incorporate some entertainment aspects as well.

“There is maybe also an opportunity to convert our future pit building into an e-sports venue because the combination of e-sports and the beach is fantastic as a concept, right?

“It’s unique in South East Asia, I think; I’m not sure there is anywhere else in our part of the world that does that, so we are speaking to the rights holder of e-sports MotoGP.

“Imagine a racing circuit, next to a golf course, next to a beach, and in time we’ll have a branded theme park too, so there are many opportunities.”

Mandalika also aims to create positive spillover effects for the locals of Lombok, and has partnered with Invest Islands and its foundation.

“We obviously have our own CSR [corporate social responsibility] programme, but we also recently partnered with Invest Islands whose foundation works with the local communities of Lombok, to improve education, the environment, equality, and healthcare,” noted Baheramsjah.

“We believe together we can create something special that will make a genuine positive difference to the lives of the local people on the island. And we’re excited to do exactly that.”

An update on the Mandalika Grand Prix social media channels today proclaims that the project is now 89.12 percent complete, including 68 percent completion of the laying of the track itself.

While technically a street circuit, it is a purpose-built race track which will happened to be used as public streets for most of the year.

The MotoGP test in Lombok is set to occur in October, when the championship will be in the region for its Asia-Pacific flyaways, and WorldSBK on November 12-14.