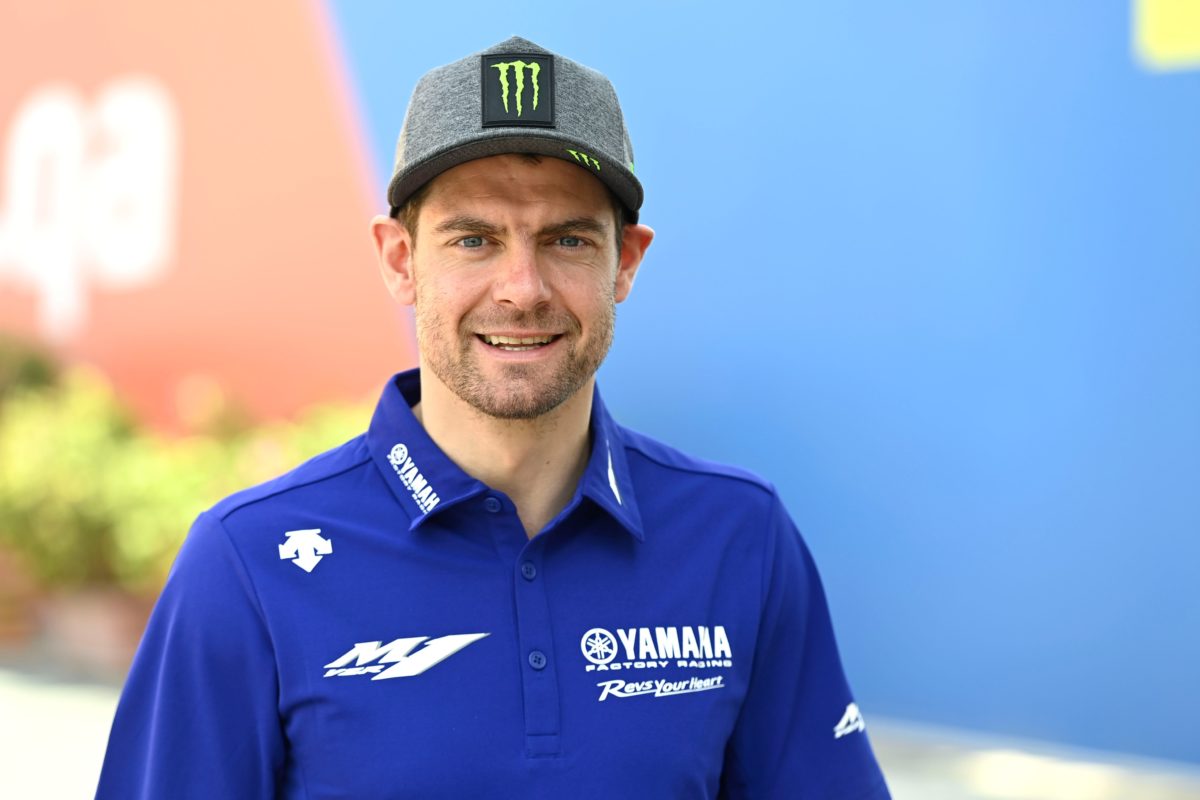 Cal Crutchlow will return to the MotoGP starting grid as an injury replacement for Franco Morbidelli at SRT.

The Briton, who retired from racing at the end of 2020 and took up a test role with Yamaha, will ride for its satellite team in the next three races.

That will see Crutchlow tackle the two rounds at the Red Bull Ring as well as his home event at Silverstone.

“It’s great to be back riding with Yamaha this year as the official test rider and to be able to step in when needed is good for all parties,” said the man who raced Yamahas for three years at Tech3, from 2011 to 2013.

“Obviously, it’s not in the best circumstances and I wish Franco a good recovery, I hope he comes back strongly after the knee surgery.

“I’m sure he will because he’s been riding fantastically over the last two years.”

Morbidelli aggravated an existing knee injury in the days before the Dutch TT which preceded the summer break, and was replaced at Assen by Garrett Gerloff.

However, the American is unavailable for the next MotoGP round, the Michelin Grand Prix of Styria, given it clashes with his regular programme in the Superbike World Championship.

“After looking at all the options, it was a collective decision between Yamaha and ourselves to ask Cal Crutchlow to fill in for Franco, while he recovers from surgery,” said SRT team principal Razlan Razali.

“Cal is a credible and experienced rider, who is currently a test rider for Yamaha. As an independent team, this is where we can really step up to help Yamaha.

“Cal will be able to rack up some good mileage on our M1, which should aid him with his testing and development work for Yamaha.

“Cal will replace Franco for the next three races and we have no real targets for him in terms of results.

“We will do all we can to help support him and make him feel comfortable in the team.

“He’s already familiar with some of the key people in the team, which helps, and I’m sure he’s up for the challenge.”

Crutchlow is keeping expectations modest, having not raced since November last year when he made his last outing with Castrol LCR Honda.

“I think it’s difficult to set targets for these three races and it will be more about understanding the bike, as I’ve had limited riding days this year,” added the 35-year-old.

“The good thing will be that I can compare the bikes and I should be able to gather a lot of data for Yamaha.

“It’s a bit like being thrown in the deep end, as it’s a very competitive MotoGP class, but I’m really looking forward to it and it’s going to be good to be back on the grid.

“I’m looking forward to meeting the team in Austria, although there will be some familiar faces for me because Wilco Zeelenberg [team manager] was my team manager in Supersport in 2009 and I actually raced against Johan Stigefelt [team director] some years ago, so it’s going to be a pleasure to be back with them.”

The Michelin Grand Prix of Styria takes place on August 6-8.

SRT has previously indicated that Morbidelli will likely miss four races after the summer break, although there is no definitive word yet on his availability for the Aragon Grand Prix in mid-September.