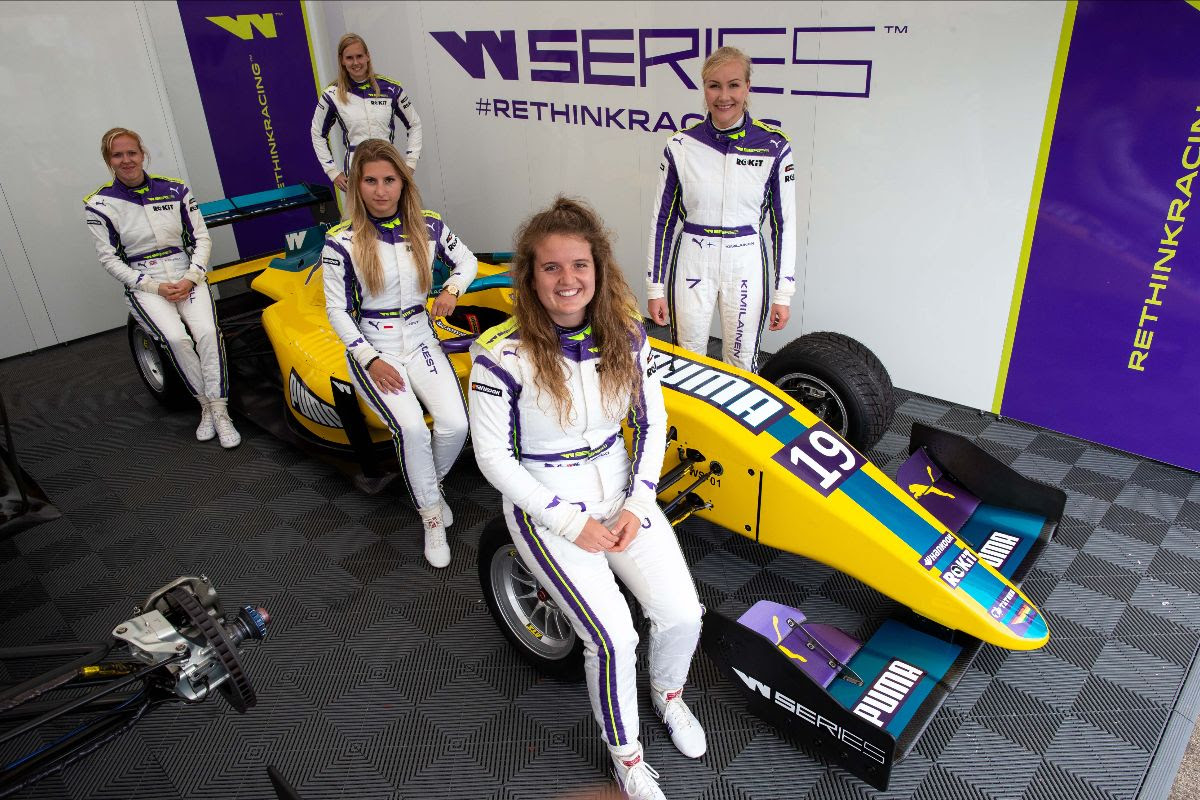 Australian Caitlin Wood will race in this weekend’s fourth round of the W Series, at the Hungarian Grand Prix.

Wood just missed out on an automatic berth in the field based on her results in the inaugural, 2019 season, but was named a reserve for 2021.

It has now been announced that the 24-year-old will contest the Hungaroring round with the Puma W Series Team.

“I’ve been at every round so far this season watching and learning from the other drivers and I know I need to work as hard or harder than all of them,” said Wood, who hails from the Maitland area, just west of Newcastle.

“After the disappointment of just missing out on automatic qualification at the end of season one, I have a very refreshed outlook for 2021 and I feel comfortable and confident in my ability to do a good job.

“Every setback is a chance to be better and I’ve tried to learn and improve on 2019. I did well at the pre-season test in Wales and that’s given me this chance to get back in the car.

“It’s amazing to be supporting Formula 1 and now I want to show my pace and enjoy a good weekend in Hungary.”

While the W Series has not been to the Hungaroring before, Wood is one of five in the field with race experience there.

“It’s great to be back and the Hungaroring is one of my favourite circuits having raced there in 2016 in the European GT4 Series,” noted the United Kingdom-based driver.

“The circuit is quite technical so you have to know where to position the car to get the most out of it, but the rhythm is really cool.

“It’s going to be tricky because I haven’t had the three rounds of seat time that everyone else has had. The fact that I know the circuit helps, but I’ll need to be smart and focus on myself.

“There is pressure because I want to perform. I’m preparing myself well and working with the right people to set myself up to do a good job.

“Hopefully that rewards me with more drives this season because I’m loving being here and I want to be in the seat.”

W Series racing director Dave Ryan added, “Going from fast and flowing Silverstone to the tight and twisty Hungaroring will pose the drivers with a very different challenge and one that will be good for their development.

“Hungary is a very technical track which can take some time to learn, so it’s almost certainly a big advantage for a few of the drivers who have raced there before and added pressure for those who haven’t, so all the ingredients for an interesting race weekend are there.

“It’s also great to be able to give Caitlin Wood seat time in the Puma W Series Team’s car this weekend. She had a good pre-season test in Wales and has been at every round of the season so far working hard for us, so she deserves the opportunity.

“But there is no question that it will be tough for her – the other drivers have three races behind them so she is definitely up against it.”

The weekend begins with 30 minutes of practice and 30 minutes of qualifying this Friday, before the 30-minute race on Saturday afternoon (local time; Sunday 00:30 AEST).