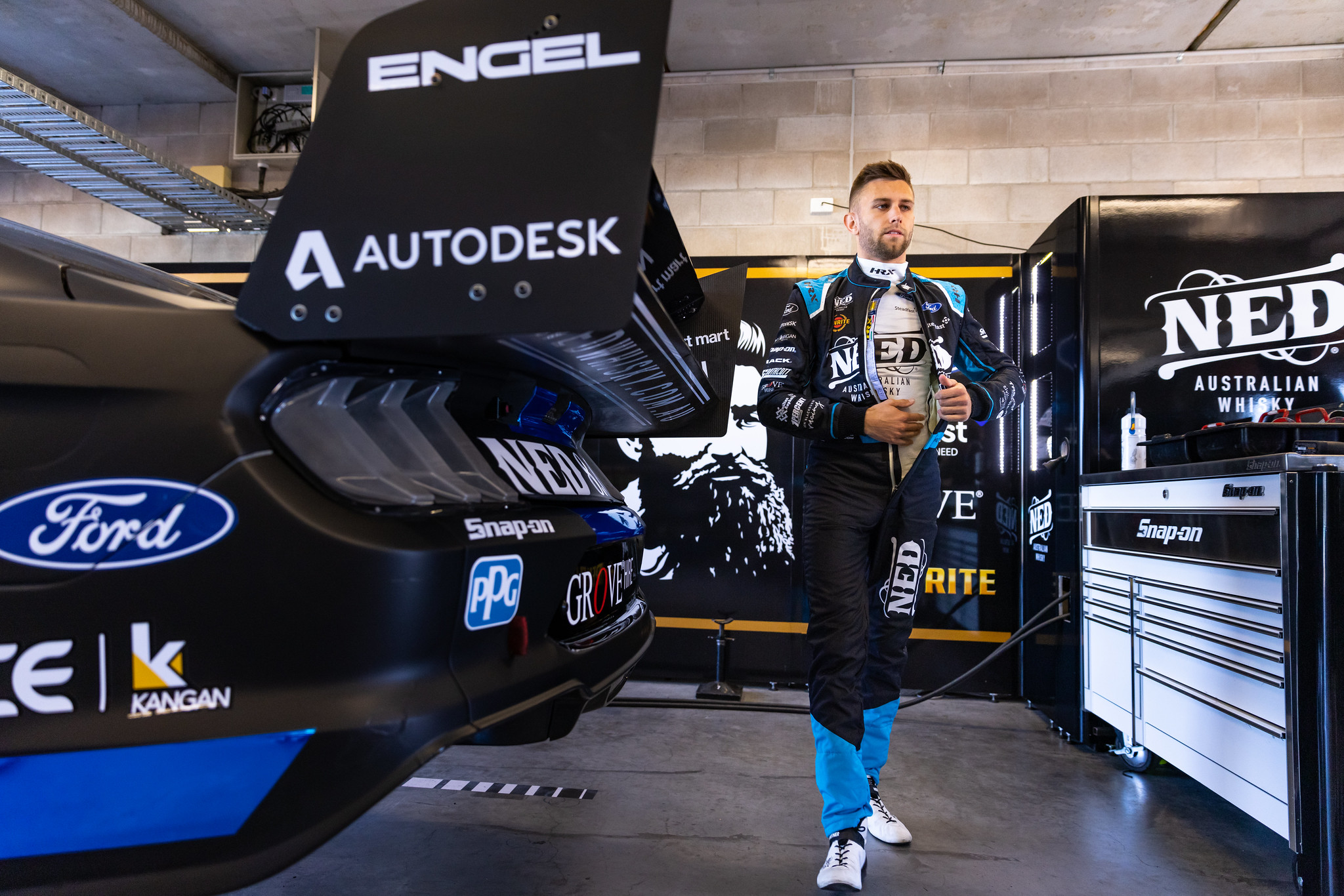 For Andre Heimgartner, there’s a sense of bittersweetness around confirmation that his team will transition to Grove Racing next year.

As part of the move, whereby the Grove Group will become sole owners of the Ford squad, Todd Kelly will step down as team principal at season’s end.

Kelly was instrumental in Heimgartner’s career reaching this point, the 26-year-old now established as a Repco Supercars Championship race winner and shaping as potentially hot property in the 2022 driver market.

Years back, Heimgartner’s career was on life support after two difficult main game campaigns to the point where he was unable to even secure a co-drive for 2017.

As it turned out, the Kiwi got the chance to substitute for an injured Ash Walsh at Brad Jones Racing.

It was alongside Tim Slade that Heimgartner delivered a memorable performance in a wet Gold Coast 600 race in which he finished third that caught the eye of Todd Kelly.

He was subsequently signed to replace retiring Kelly the following season and has never looked back.

“I will forever be grateful to Todd,” Heimgartner told Speedcafe.com.

“Obviously I replaced him in 2018, so it was really a lifeline.

“Without that opportunity and without him and his family taking a gamble on me and putting their faith in me, I would obviously not be racing anymore.

“So I definitely feel a loyalty to him and that’s why I have been so loyal to that team for so long, because of that.

“So for me, with the news, it’s mixed emotions; it’s sad but I’m sure he is not going to disappear.

“He loves it so I’m sure he will be involved in some way.”

Kelly Racing indeed will retain ownership of various items including the team’s CNC machine shop and engine department, ensuring an ongoing presence in the engineering sphere.

The chance to have Stephen Grove and his family breathe new life into the Braeside squad presents an opportunity Heimgartner is equally excited about.

“The Groves are here to win – not that the Kellys weren’t – but they’re here to really shake things up, so to be in amongst that myself is very positive and very exciting for the future,” he said.

“I guess maybe this is just something that needed to happen to allow them to do that, I’m not sure, but yeah, it’s just one of those transition phases.

“It’s very different for the team; this team has been very stable for 10 years with the same owners, so it’s interesting. I haven’t quite processed it all yet.”

Asked of the impact he’s noticed since the Groves bought a 50 percent share earlier this year, Heimgartner was glowing in his assessment.

“They’re very successful and their mindset with teams I think will serve the team very well in what they want to do going forward,” he added.

“Their mentality is the best of the best, they know how to have a successful business and a race team at the end of the day is a business in many respects, so I have no doubt that they will be able to get the resources and get everything together that is needed to be a successful team.

“I’ve been really impressed so far with how they’ve come in and what they’ve contributed and all that sort of stuff.

“I think what they bring to the team and now that they will own 100 percent of it, what they can facilitate and get going forward, I think is only going to be good for everyone involved in the operation.”

While Heimgartner is currently off-contract for 2022, team-mate David Reynolds’ place is secure, having joined this season on a two-year deal.