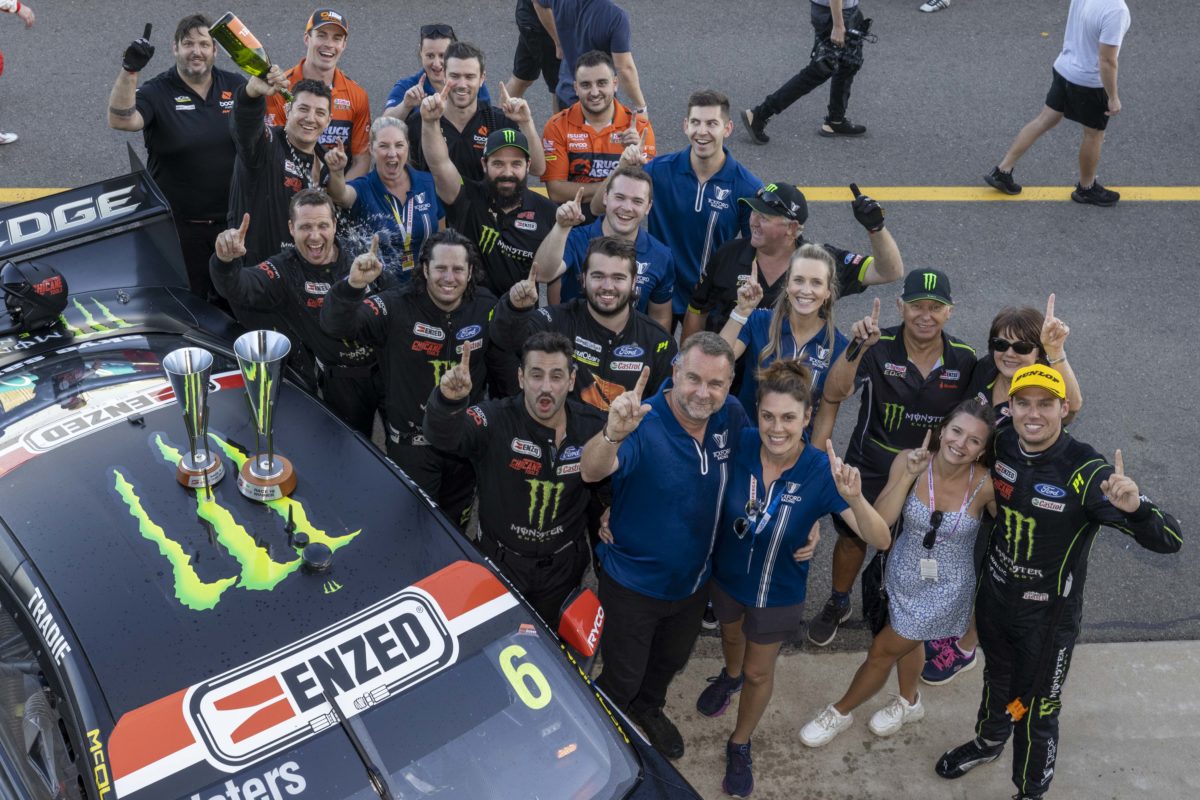 Nathaniel Osborne was quick to downplay his involvement in Cameron Waters’ dual successes in Townsville, lofting praise on the efforts of his Tickford Racing team-mates.

Ironically, it was one of Waters’ best weekends of the season so far, claiming two wins in the Monster Energy Racing Ford Mustang.

It marked the first time since the 2013 Gold Coast 600 that Osborne had won as an engineer.

His previous win was with David Reynolds and co-driver Dean Canto where the iconic pot plant incident took place.

For Osborne, the wins were the product of the team’s efforts back at their Campbellfield base, where, as chief engineer, he is usually based on race weekends.

“I’m just following on the work that the department has been doing,” Osborne said, speaking with Speedcafe.com at the Townsville SuperSprint.

“It’s slightly easier coming in on a back-to-back round after you’ve been given a whole host of problems.

“I’m on top of what the guys are up to and I work with them, so it’s not a huge challenge for me to come in and step in on the car because I do know the guys very well.

“I’ve known Cam forever. I speak to them all week every week. It’s not that foreign really.”

For Osborne, his trackside cameo in Townsville ended a four-year drought since last attending a Supercars event.

Osborne’s arrival and the dual wins for Waters were a welcomed reward for their efforts to turn their performance around.

One week earlier, Waters looked unlikely to threaten the podium, and in the first race of the Townsville 500 was lapped.

“It’s not my doing, it’s the department’s doings, the team’s doings,” said Osborne, who was quick to praise his team-mate.

“They had a cracking day. Cam did a great job and the pit stop was absolutely mega. Some days it just falls your way and I just happened to be here.

“It’s great for the team. They try really hard and get pretty frustrated when we just can’t get the results. It’s an upturn in what we do.”

It’s expected Waters’ usual engineer Potter will return for the next round of the Repco Supercars Championship.