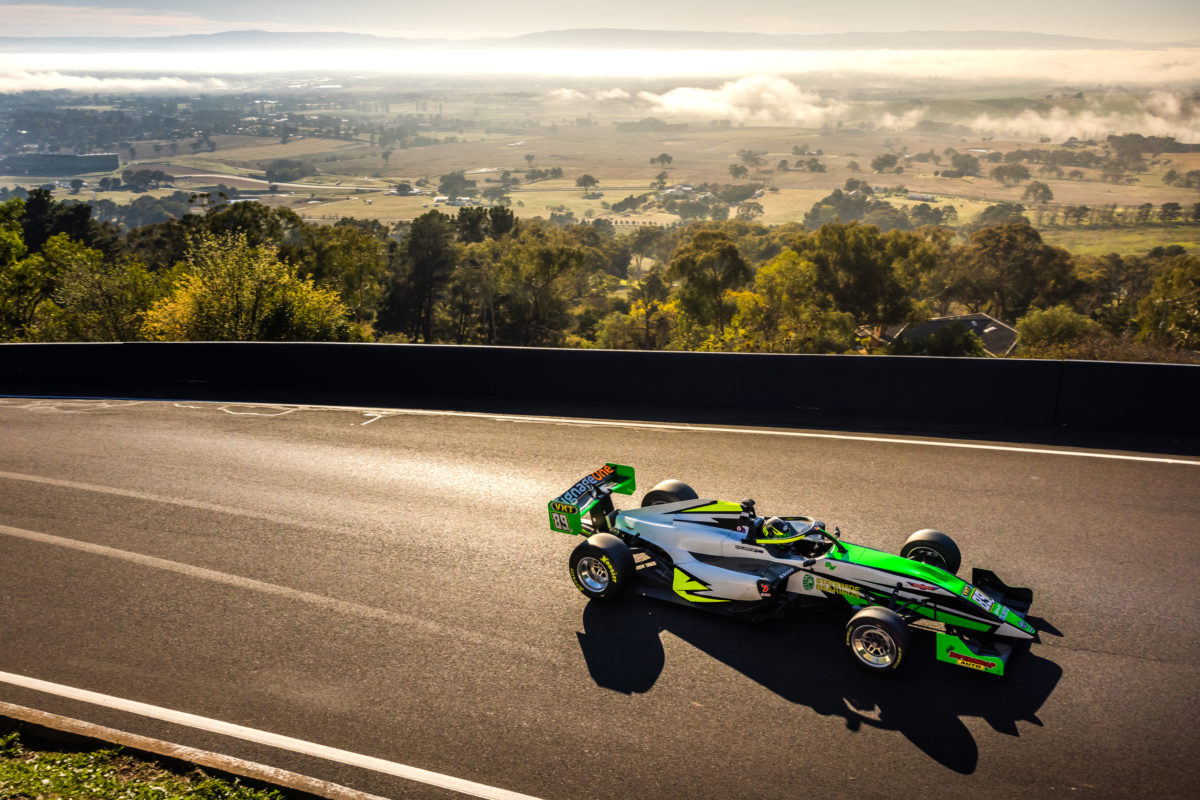 S5000 will usher in the return of the Tasman Series, starting with a pair of events in Australia later this year, the Australian Racing Group has announced.

The 2021 Tasman Series will consist of seven races across the Supercheap Auto Bathurst International and Boost Mobile Gold Coast 500 events, which were to have been part of the S5000 Triple Crown before the Formula 1 Australian Grand Prix was cancelled for another year.

However, the round at Sandown’s Shannons Motorsport Australia Championships meeting in September has been dropped from the calendar, with the latest announcement reading, “the Bathurst International will be the next time S5000 cars hit the track to race this year.”

Mount Panorama will play host to four S5000 races on the November 26-28 weekend, with three to be held on the Surfers Paradise Street Circuit on December 3-5.

Before the field ventures across the Blue Mountains, however, they will test in twilight at Sydney Motorsport Park, on top of another test day conducted by the teams.

While there are no New Zealand events yet, amid uncertainty over travel restrictions on both sides of the Tasman Sea, they are also on the cards.

“When the Australian Grand Prix was cancelled, it forced us into looking into different ways to stage a prestigious S5000 competition that included the Bathurst International and Gold Coast events,” explained Australian Racing Group CEO Matt Braid.

“With growing New Zealand interest in S5000 and two high-profile events that serve as a launching pad, bringing back the Tasman Series title was a no-brainer.

“Introducing an international component to S5000 has always been in the plan, but the changing landscape this year has encouraged us to do something different and innovate now and it comes with significant investment from ARG and buy-in from our existing teams and competitors.

“The awarding of the Tasman Cup for the first time in two decades comes with the full blessing of Motorsport Australia and Motorsport New Zealand and it is absolutely our plan to build this into a full Trans-Tasman series for S5000 in the future.

“This announcement gives S5000 two distinct opportunities to grow, via the Tasman Series over summer and the Australian Drivers’ Championship across a regular calendar season.”

Category manager Liam Curkpatrick added, “S5000 was established as a category that could at the same time be the pinnacle of open wheel racing in this region, as well as being a place where younger drivers can cut their teeth on their way up through the ranks.

“The S5000 version of a Tasman Series will be an incredible showcase for the category, the cars, the teams and the drivers as they tackle two high-profile events and great race tracks.

“The long-term potential for this is key for S5000 moving forward, with the ambition that this becomes a destination for drivers from around the world each summer.

“The prizes, circuits and opportunity on offer this summer should make this an extremely appealing series for drivers from Australia, New Zealand and even potentially further abroad this year.”

After the test in Sydney, competitors will venture over the Blue Mountains for four races at Bathurst on November 26-28, before backing up for three races on the Surfers Paradise Street Circuit on the following weekend (December 3-5).

The winner will earn the Tasman Cup, a trophy first awarded in 1964 and won by Jackie Stewart, Bruce McLaren, Chris Amon, Jim Clark, and local Gold Star legends such as Graham McRae and Warwick Brown.

A “substantial prize money fund” will also be put up, with details to be announced but “the series winner and key placegetters” set to share in those spoils.

Organisers have also advised that, “An expanded Tasman series will be the future of S5000 competition over summer, with the Australian Drivers’ Championship to remain a ‘regular season’ showpiece for the category moving forward.”

“S5000 has already proven to be a real fan favourite, and a category that is certainly turning heads as it grows in stature. It is a worthy recipient of the Motorsport Australia Gold Star and this rebooted Tasman Series is a terrific addition to the calendar.

“There are so many motorsport legends who have made a name for themselves in previous Tasman Series from years ago. We have no doubt there are plenty more talented individuals ready to etch their own name in Australian motorsport history in the months ahead.

“Motorsport Australia looks forward to the first ever Tasman Cup being awarded later this year and we wish all competitors and teams the very best as they look to create more open-wheel history to round out 2021.”

“With some many Kiwi names adoring this trophy already, it’s great to enable the stars of today from NZ and Australia to do battle is these new cars which have created such a stir with the fans as they battle to join such a prestigious list.

“However, the broadcast package will allow the Kiwi fans to support the New Zealand drivers as they contest the series at two iconic events.”