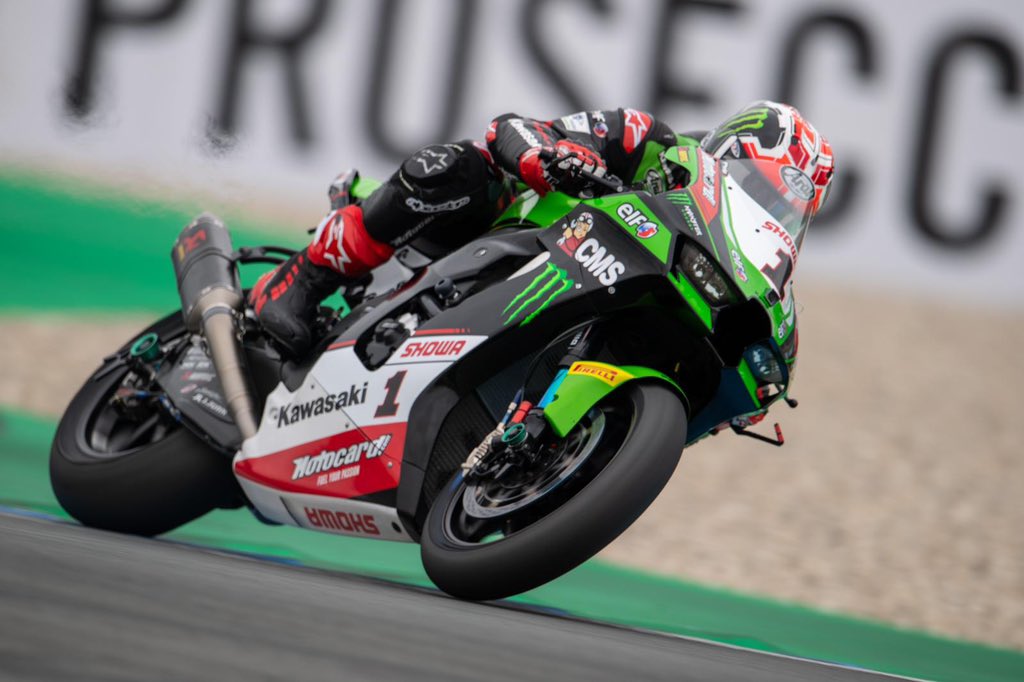 Six-time Superbike World Champion Jonathan Rea has not ruled out a future switch to MotoGP, despite being “surprised” at speculation linking him to SRT.

Rea is the most prolific championship winner in WorldSBK history but his MotoGP experience totals two rounds as an injury replacement for Casey Stoner at Repsol Honda in 2012.

That was before the Northern Irishman’s move to Kawasaki in 2015, a choice he made instead of taking the Open class MotoGP seat that Honda was offering.

However, his camp did show interest in getting him into Repsol Honda on a permanent basis in the silly season which unfolded during the calendar year of 2018, before Jorge Lorenzo made his high-profile defection from the Ducati Team.

It would not be inconceivable that a team like SRT might show interest in Rea, given it could find itself with two seats to fill.

Valentino Rossi looks set to depart the Malaysian-owned team by retiring or perhaps even moving to his own VR46 outfit, while Yamaha could prise Franco Morbidelli away to fill the breach caused by Maverick Viñales’ contract termination.

If both of those exits come to pass, then there are seemingly few especially appealing options either already in MotoGP or in Moto2 and not yet snapped up for the premier class.

Rea has nevertheless not been sounded out yet, if comments ahead of last weekend’s Dutch Round of WorldSBK are anything to go by.

“Of course, I don’t want to speak about that in the middle of a race weekend at all, but of course I read the same things as you and was equally as surprised,” the 34-year-old told reporters at Assen.

But, when the matter was raised again later in the event, Rea did not discount the possibility of changing categories completely.

“Yeah, it’s always [in my mind],” he responded to a question about whether or not he still thought about switching to MotoGP.

“I mean, I’m riding the best ever, I’m really in the peak of my riding/life balance, everything. So, never say never.”

Rea went on to sweep the Dutch Round and now leads the championship by 37 points.

Asked if going seven titles in a row in WorldSBK would entice him to make the move to the grand prix arena, he reiterated: “Never say never.”

Rea is not the only rider in his championship to be spoken of as a potential MotoGP rider in recent times.

Garrett Gerloff was thought of as a possibility of riding a Yamaha YZR-M1 next year, possibly out of SRT, but has now signed a contract which keeps him in superbikes in 2022.

However, reports from Europe suggest that the American’s deal includes a get-out clause if he receives a MotoGP offer.

“Well, I have no offer right now,” explained Gerloff regarding MotoGP.

“I’m very surprised at that to be honest; I don’t want to comment on it as my comment has been misconstrued,” he said.

“I have some pretty strong comments on it off the record.”

SRT is yet to name a replacement for the injured Morbidelli for the resumption of the season at the Red Bull Ring next month.

Gerloff is unable to reprise that role due to a clash with WorldSBK, meaning test rider Cal Crutchlow comes into the frame.

That event, the Michelin Grand Prix of Styria, takes place on August 6-8.