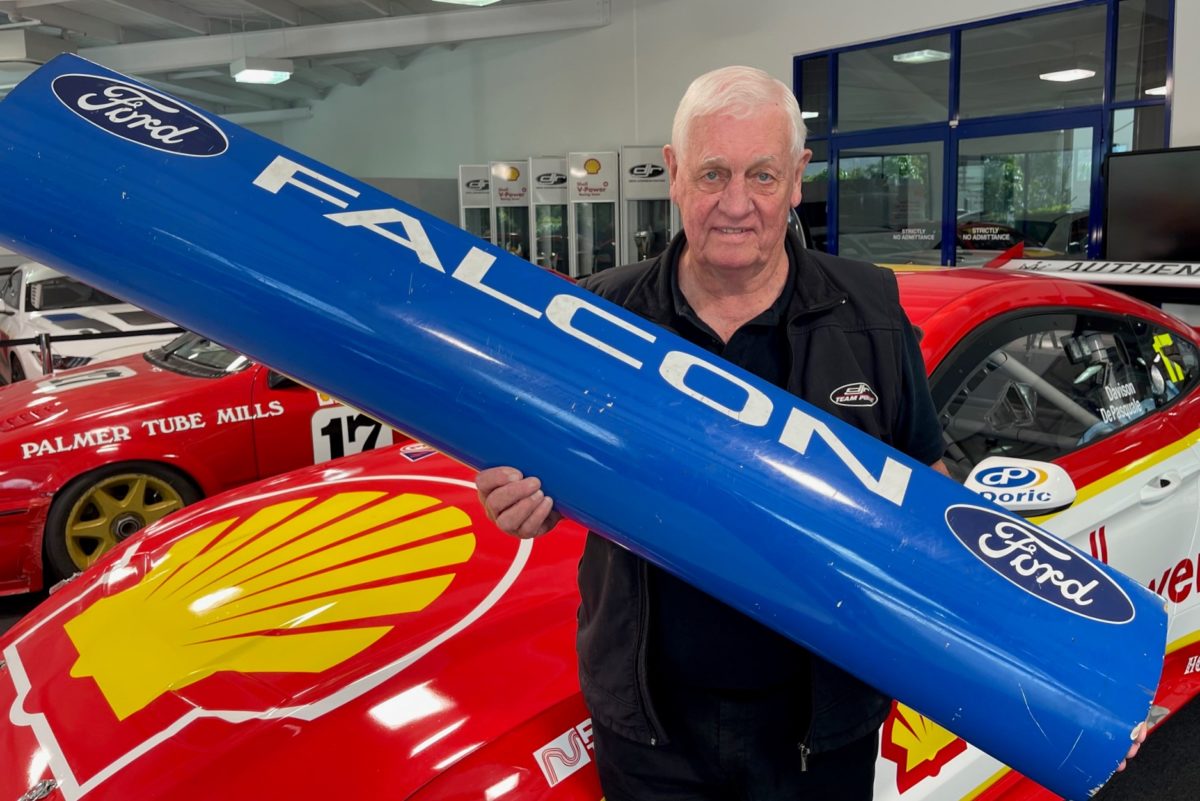 A rare, original rear wing from Dick Johnson’s Ford EB Falcon has been put up for sale through Lloyds Auctions as part of Speedcafe.com’s fundraising program for Motor Racing Ministries.

The wing (145cm long and 26cm wide), which has been donated by Luke L’Huillier from The Motorsport Trader, carries Falcon and Ford branding, and has been freshly autographed by Johnson himself.

A version of this wing famously collapsed while Johnson was travelling at close to 300 km/h on Bathurst’s famous Conrod Straight during a sprint round of the Australian Touring Car Championship in 1995.

Ironically, Johnson was being interviewed by legendary Channel 7 commentator Mike Raymond at the time and the piece of footage is part of touring car racing folklore. 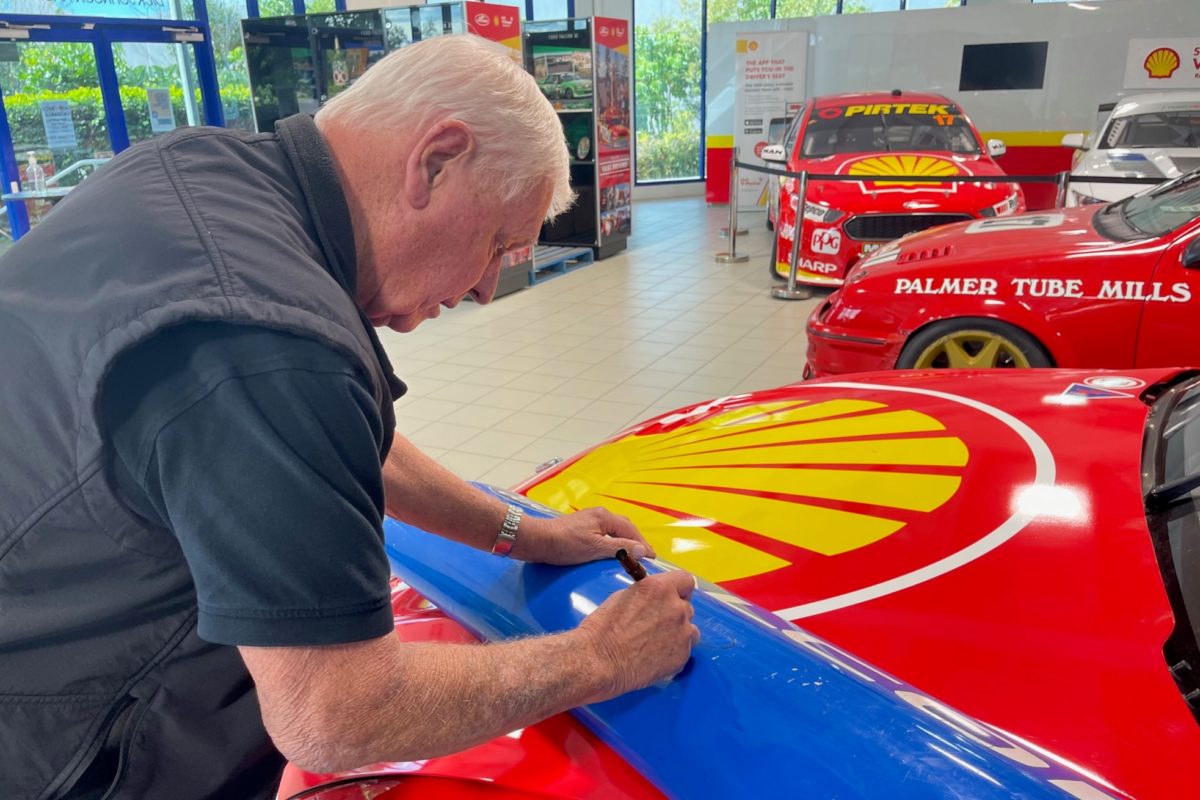 All proceeds from this auction will go to Speedcafe.com’s charity, Motor Racing Ministries, and fans have the opportunity to bid on the item until 19:00 AEST on Tuesday, August 10 (CLICK HERE to bid).

Johnson confirmed the uniqueness of the article which he signed at his Yatala workshop in Queensland this week.

“I think this wing might have been out of the same batch as that one that collapsed at Bathurst,” said Johnson.

“I am sure we would have decommissioned it straight away and that’s why it is still pretty much in one piece.

“It is quite incredible how light this wing is. When one lets go at almost 300 km/h as you are coming into The Chase on Conrod Straight, it is something you don’t forget in a hurry, I can tell you that.

“It has a couple of chips and dings after years of storage and I am sure it will make a great piece in someone’s collection.

“It is terrific that it has resurfaced after all these years and that it is being auctioned to raise money for Motor Racing Ministries, who do a great job in our sport.” 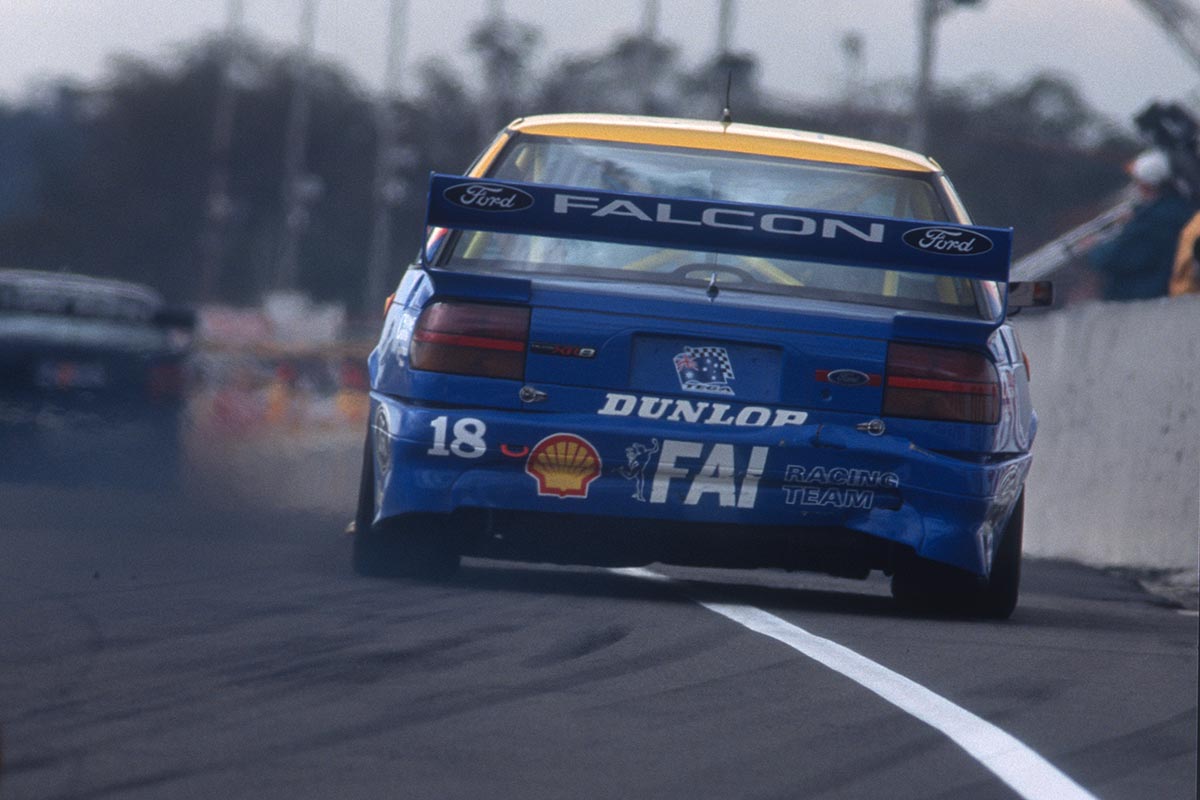 Established in 2015, The Motorsport Trader buys, sells and specialises in consignment sales of all things motorsport memorabilia, according to L’Huillier.

“We think the Speedcafe.com auctions for Motor Racing Ministries have been a terrific initiative and we are happy to be involved,” said L’Huillier.

“Obviously the nature of our business means we have the ability to contribute items of interest and we would encourage others to do the same.”

“Dick’s rear wing is a really cool piece and I am sure someone will enjoy it and maybe do something pretty creative with it,” said Murray.

“It was encouraging to get a call from Luke (L’Huillier) offering up the wing in support of Motor Racing Ministries and it would be great if we continued to get similar support from the industry and individuals.

“We have had a couple of months break from the auctions, but we have pulled together some cool stuff and look forward to adding to the $51,000 we have already raised for Motor Racing Ministries in the coming months thanks to our incredibly generous partners at Lloyds Auctions.” 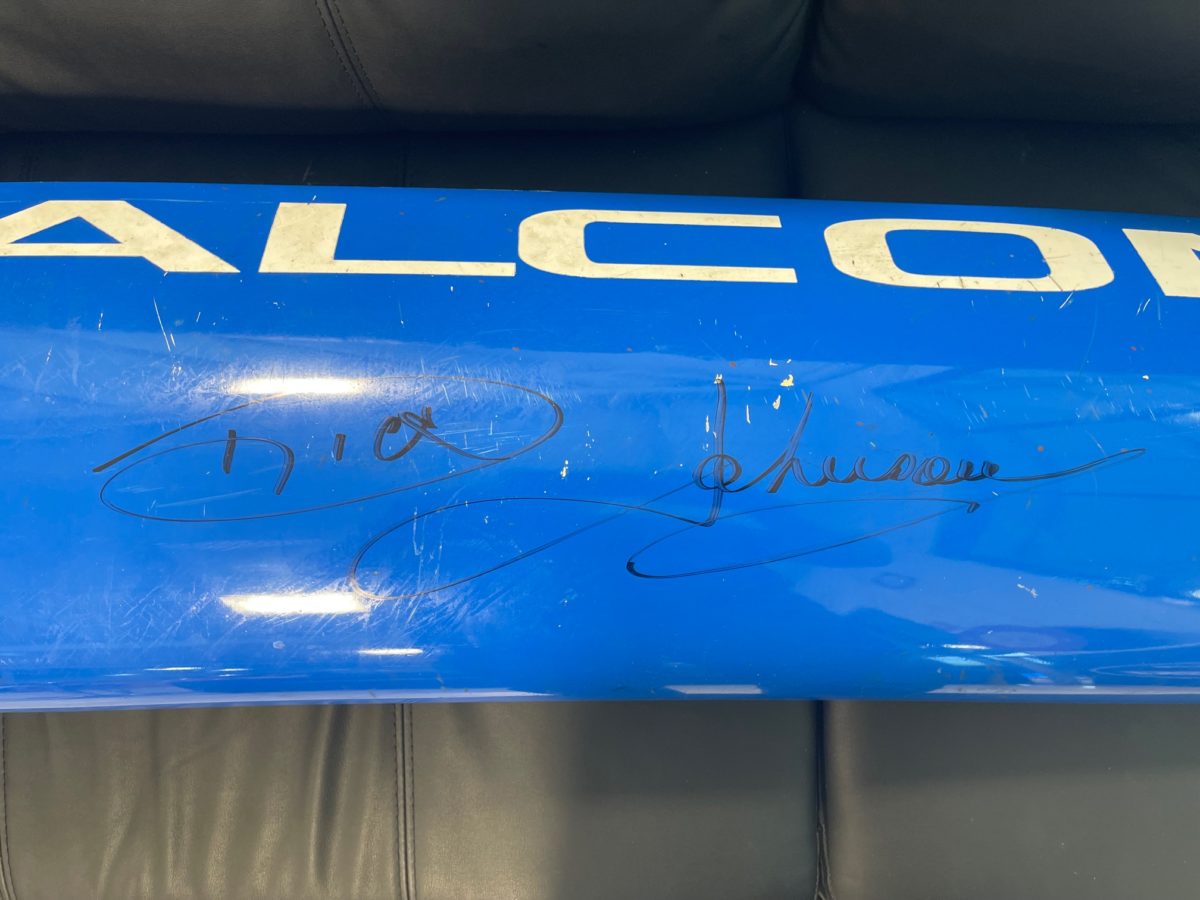 Lloyds Auctions, a Speedcafe.com Platinum Partner, provides all the infrastructure, logistics and shipping and charge a zero percent buyers premium for the monthly auctions, which means 100 percent of all monies raised go directly to Motor Racing Ministries.

The role and function of the motorsport chaplains goes unnoticed or recognised the majority of the time as they help guide drivers, teams, officials, volunteers, the public and families through many critical periods when there are severe accidents or injury as a result of competition.

Since its inception in 1986, Motor Racing Ministries chaplains have attended more than 14,000 motorsport events in Australia across every one of the sport’s disciplines.

Auction items and that they have raised to date: