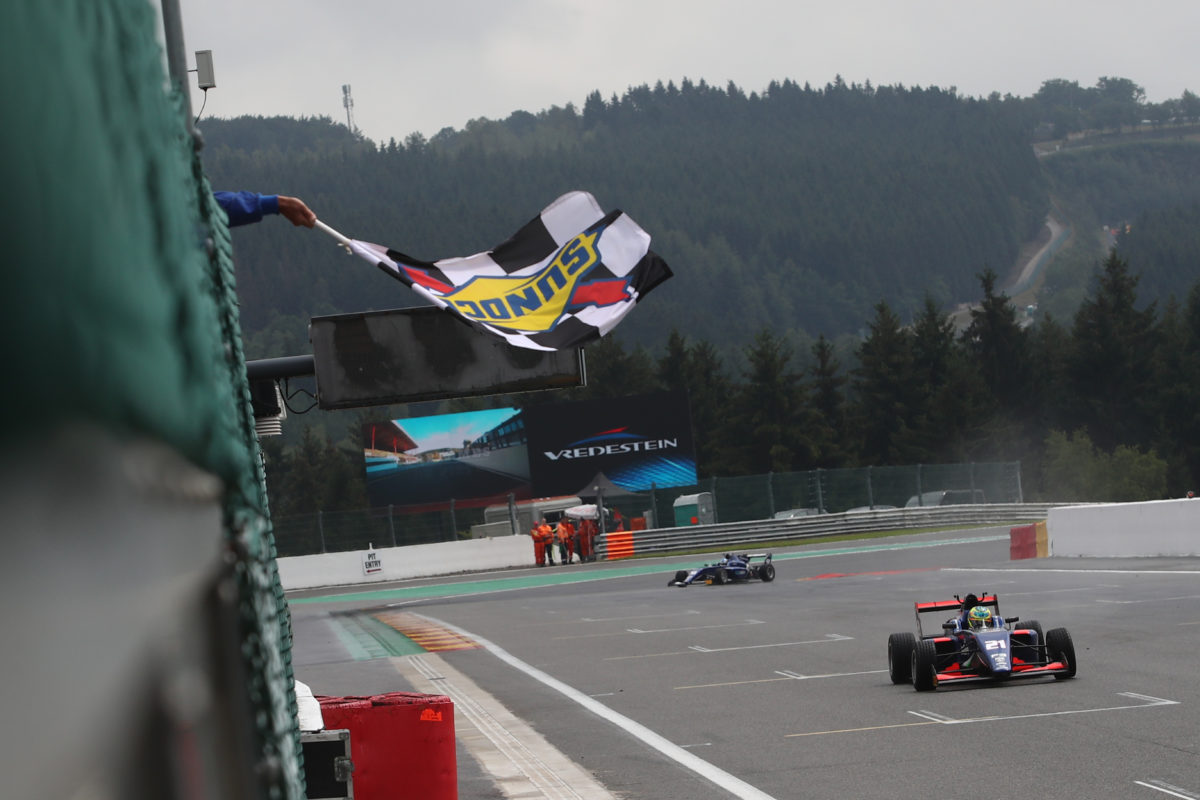 Christian Mansell has picked up another race win in the BRDC British F3 Championship after fellow Australian Bart Horsten took both poles at Spa-Francorchamps.

Mansell started the weekend opener from third on a grid left wet by earlier rain, before he and Carlin team-mate Zak O’Sullivan passed Horsten (Hitech GP) along the Kemmel Straight and into Les Combes on Lap 1.

When O’Sullivan made an error at Bruxelles on Lap 4, the Novocastrian moved into the lead and went on to win by 4.5s, while Horsten was shuffled back to fifth.

Mansell and Horsten finished third and fourth respectively in the second race after trading places on the final lap of an encounter won by Roman Bilinski (Arden Motorsport).

They ended up sixth and 10th respectively in the reverse grid finale, from starting berths of 13th and 16th, while Roberto Faria (Fortec Motorsports) took victory.

Mansell consolidated third in the championship with his performance, 82 points behind O’Sullivan but only four in arrears of Reece Ushijima (Hitech GP). 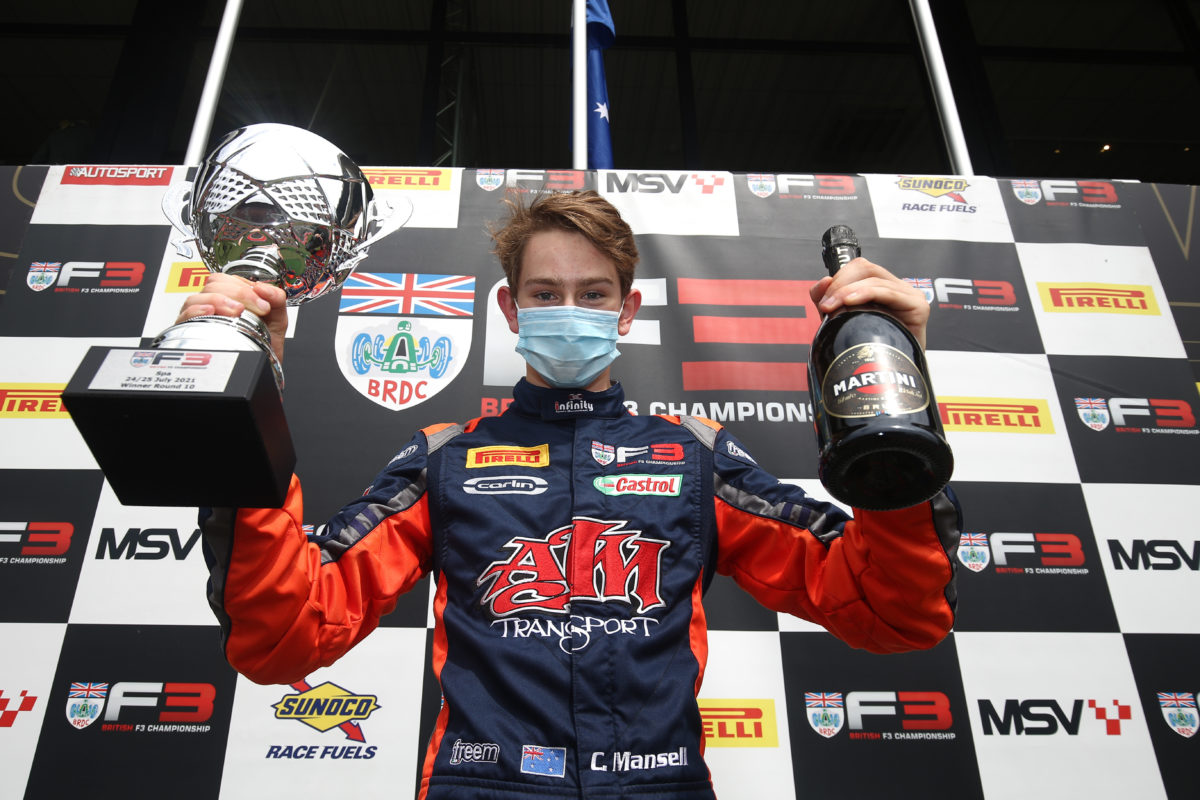 Mansell on the podium

“It’s a pretty special feeling to win at this place so I’m really, really happy with that result,” said the 16-year-old.

“Overall, a really strong start to the weekend and that just snowballed through to the races and I’m delighted with that.

“We’ve made a step in the right direction from the first three rounds, and it shows in qualifying which we felt we needed to do. To do a competitive time in qualifying [third on the grid for each of the first two races] without any tow was great and it showed that we’re truly fast.

“I was just biding my time with Zak up front in the first race and seeing where he was strong and weak, then he made a mistake and I capitalised on that. I do enjoy a bit of rain and I think it suits me quite well.

“I fought hard in the second and third races to get those results and it’s moved us right up the championship order, so it’s a sign of positive steps and we can take that momentum back to the UK for the second half of the season.” 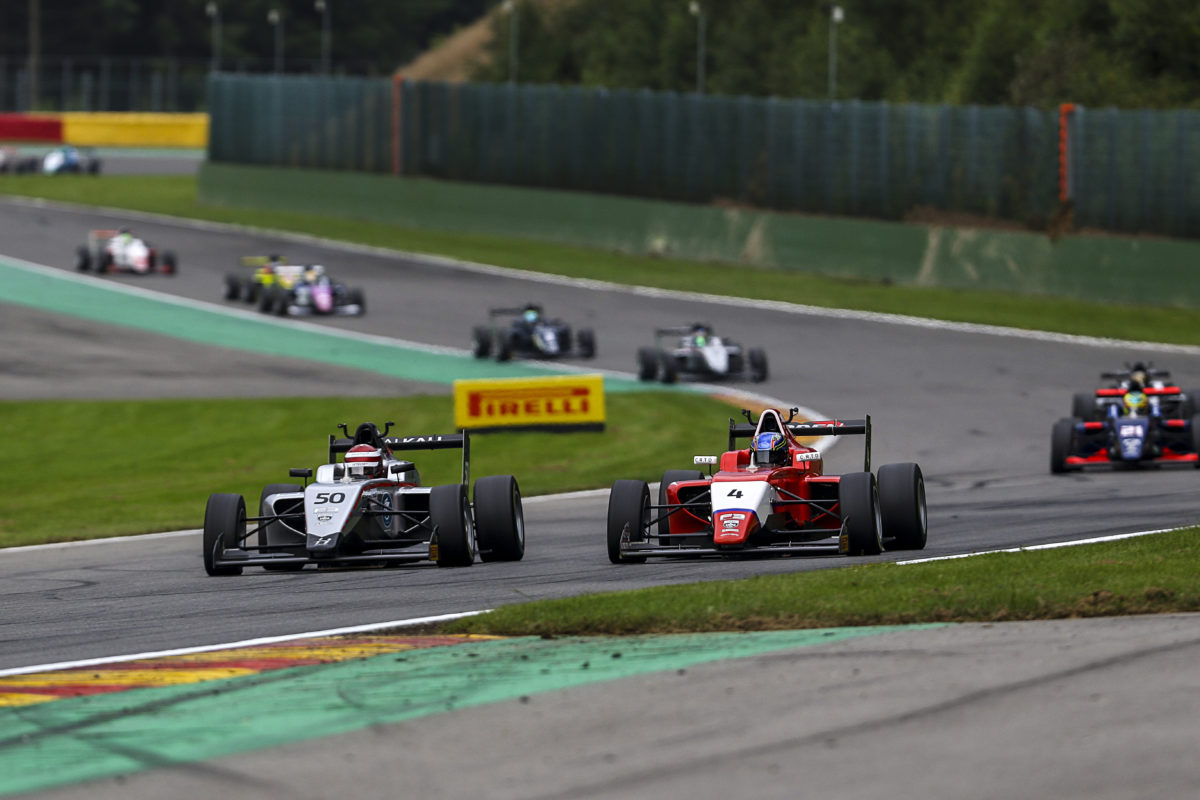