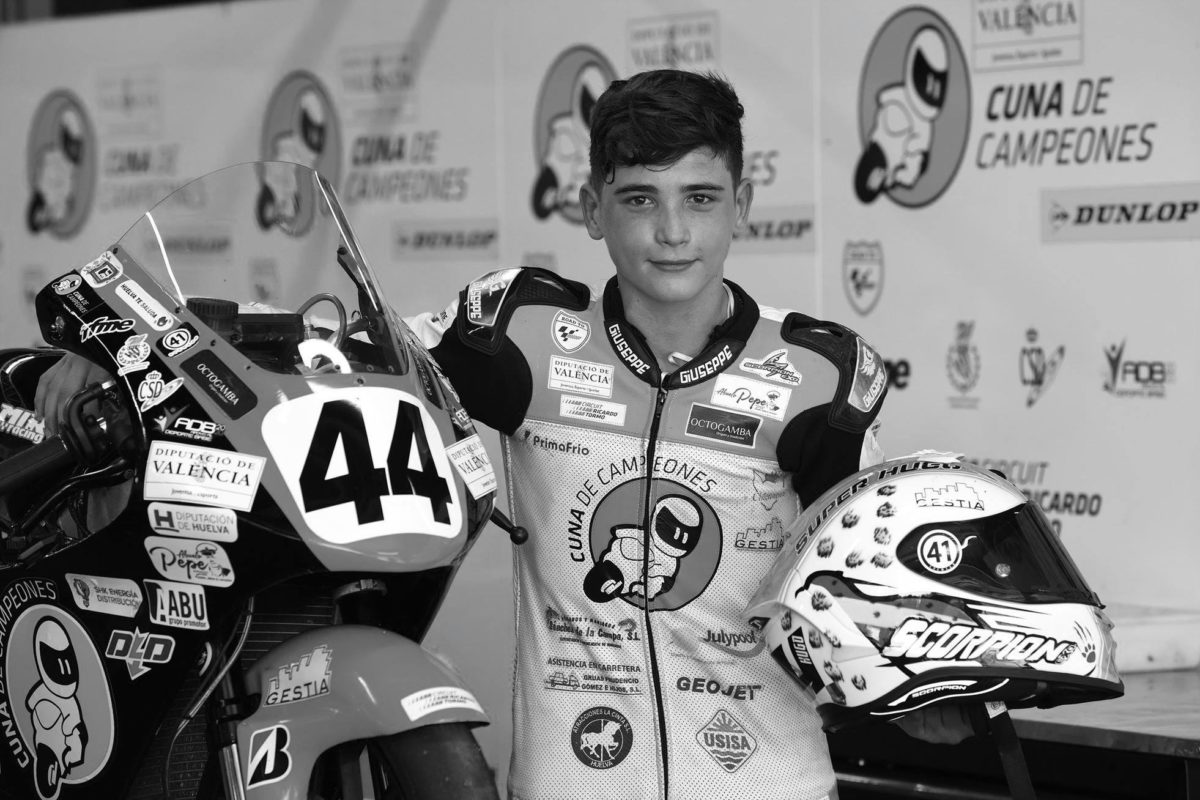 Spanish motorcycle racer Hugo Millan has died at the age of 14 from injuries sustained in a crash during a European Talent Cup race at Aragon.

The FIM, motorcycle’s world governing body, announced the tragedy, which occurred as a result of a multi-rider incident at Turn 5 during Race 1.

According to reports, Millan was struck by Polish rider Milan Leon Pawelec, who was unable to avoid the collision.

His passing was confirmed at the circuit’s medical centre, where staff had made their best efforts to treat the rider from Huelva.

Millan had been enjoying something of a breakout season, arriving at Aragon in second position in the standings with four podiums along the way.

“Following a serious incident in European Talent Cup Race One at the MotorLand Aragón Round of the FIM CEV Repsol, it is with great sadness that we report the passing of rider Hugo Millán,” read the FIM’s statement.

“Millán was involved in a multi-rider incident at Turn 5, with the session immediately red flagged. The Medical Intervention Vehicles arrived at the site immediately and the rider was attended to on track before being transferred to the Medical Centre at the Circuit.

“Despite the best efforts of the circuit medical staff, the Medical Centre has announced that Millán has sadly succumbed to his injuries.

“Millán was enjoying his most successful season so far in the FIM CEV Repsol, claiming several podiums to demonstrate his consistency as he competed at the front of the class.

“The FIM, FIM Europe, Dorna and MotorLand Aragón Circuit pass on their deepest condolences to Millán’s family, friends, team and loved ones.”

The European Talent Cup forms a rung on the MotoGP talent ladder and is being contested this year by, among others, 16-year-old Australian Jacob Roulstone, who is currently 11th in the championship with a win in the season-opener at Estoril along the way.

Kelso won the preceding round at Portimao and sits eighth in the championship, in a year in which he also debuted in the Moto3 World Championship as an injury replacement at the CIP Green Power squad.

He finished both of those races, 17th at the Sachsenring and 22nd at Assen.

MotoGP and its six-time premier class world champion, Marc Marquez, were among those to express their condolences to Millan online.

Speedcafe.com joins them in offering its condolences to Millan’s family, friends, and team.

We are so sorry and saddened about @CEVMotorcycle rider Hugo Millán’s passing.

We would like to send all our love and support to his family, friends and team.