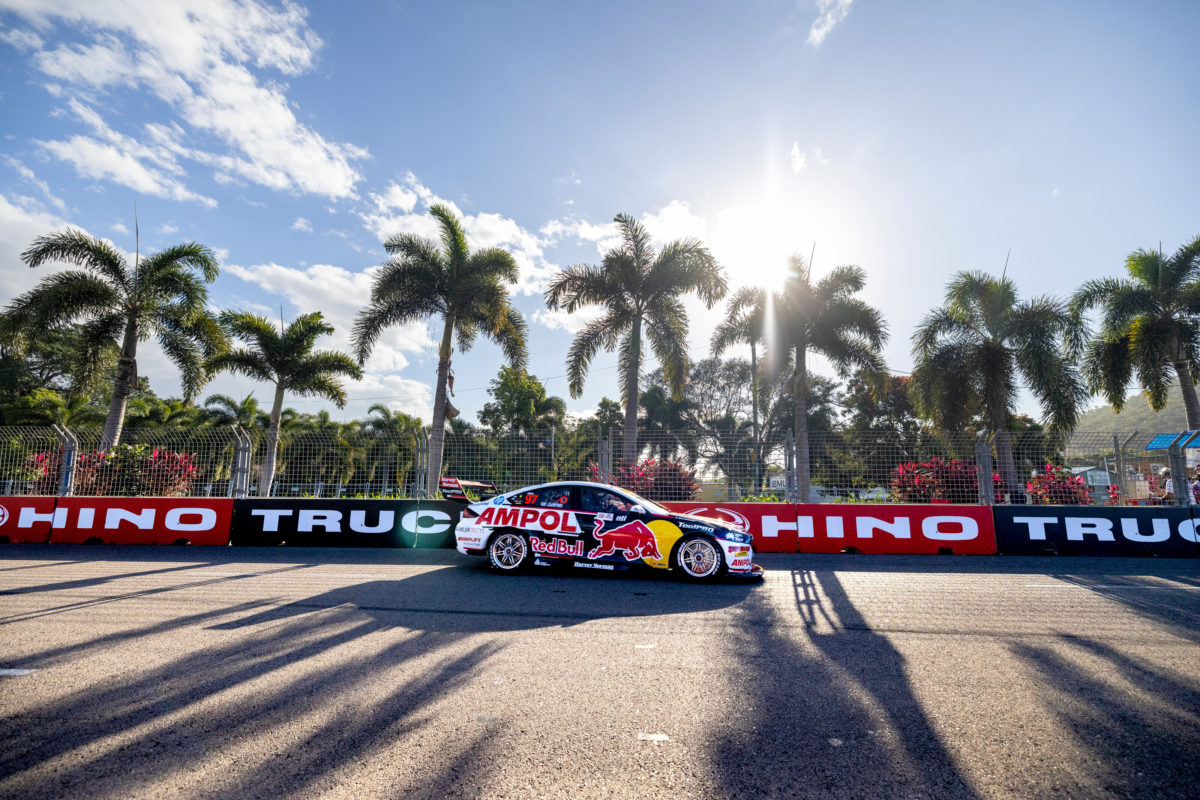 With Motorsport Australia reviewing procedures after controversy in Townsville, we ask if you think there should be a change to Supercars’ Top 10 Shootout rules, in this week’s Pirtek Poll.

Specifically, we ask if a driver should be allowed to re-take their shootout run if the preceding driver causes a hazard.

Shane van Gisbergen was caught out through no fault of his own when the driver on-track ahead of him, Zane Goddard, crashed during the one-lap dash which finalised the grid for Race 17 of the Repco Supercars Championship.

Van Gisbergen had been told by his Triple Eight Race Engineering team to slow, but was then instructed by Race Control to undertake his hot lap as scheduled.

It turned out to be a relatively messy lap for the championship leader, who said he had “no tyre temp” for the flyer.

Triple Eight team manager Mark Dutton claimed that “the rulebook … is not actually clear” with respect to such situations, something which Motorsport Australia’s subsequent statement effectively acknowledges.

Of course, Motorsport Australia’s remit in such matters is largely enforcement, and while it sets the National Competition Rules which form part of the definition of ‘Rules’ in Supercars’ Operations Manual, said Operations Manual also includes a specific section on Top 10 Shootouts (Rule D6.3).

Rule D6.3.7 is entitled ‘Top Ten Shootout Procedure’, although it makes no reference to what should happen in the case that a car crashes in such a way which might disrupt the car which follows.

Typically, a driver is sent for their out lap while the preceding driver is on their hot lap, the exception being when allowances are made for a live free-to-air broadcast and thus commercial breaks.

In Townsville, there was some delay in the time between Goddard sliding into the tyre wall at Turn 13 and driving into pit entry.

One could therefore argue that Triple Eight was doing the responsible thing by telling its driver to slow as, in any other session, such an incident would trigger a yellow flag and thus oblige all others to exercise caution when they arrived at the scene.

Furthermore, given the incident happened at the final corner of the Reid Park Street Circuit, van Gisbergen would have otherwise reasonably been expected to be driving at or near to full lap speed when he arrived on the scene. Had the Matt Stone Racing entry remained there, #97 would have had to reduce speed and, let alone any possible impact on tyre temperature, his run onto the main straight would have been compromised.

With those observations in mind, a case could be made that the following driver should have the right to pit and re-take their run when the track is clear.

Such a rule could also allow for their car to be refuelled and tyres to be changed, although it should also be noted that the latter might create another problem further into the weekend depending on the allocation and rubber already used.

On the other hand, there are no allowances made when rain falls during a shootout and creates variable conditions.

Van Gisbergen may have been unlucky in Townsville, but he is not the first to strike misfortune during the one-lap dashes.

However, allowances can be made far more easily for instances such as that which be found himself in, whereas a rain shower is a far less discrete occurrence.

Spins and the like are not uncommon in shootouts, but the last time a driver crashed, it was Chaz Mostert on the final lap of the session at the Gold Coast in 2019, and thus did not serve as a test case.

Ironically, both Mostert and van Gisbergen were disadvantaged in another shootout earlier this year, when they followed Cameron Waters onto the Mount Panorama Motor Racing Circuit in the infamous dirt incident.

Mostert, second-fastest in the preceding qualifying session, was already on or about to start his hot lap when Waters accidentally dragged dirt onto the race track at The Esses, and provisional pole man van Gisbergen was also disadvantaged.

That did lead to a rule change, supported by the driver who caused the issue, but it related specifically to closing a hole in the regulations around ‘consistently’ driving in such a way which brings debris/other material onto the race track.

While unhelpful in the latest shootout drama, that response does demonstrate a willingness by Supercars to address an issue when there is a relatively simple solution.

Should a driver be allowed to re-take their shootout run in instances such as that which unfolded in Townsville? Cast your vote in this week’s Pirtek Poll.