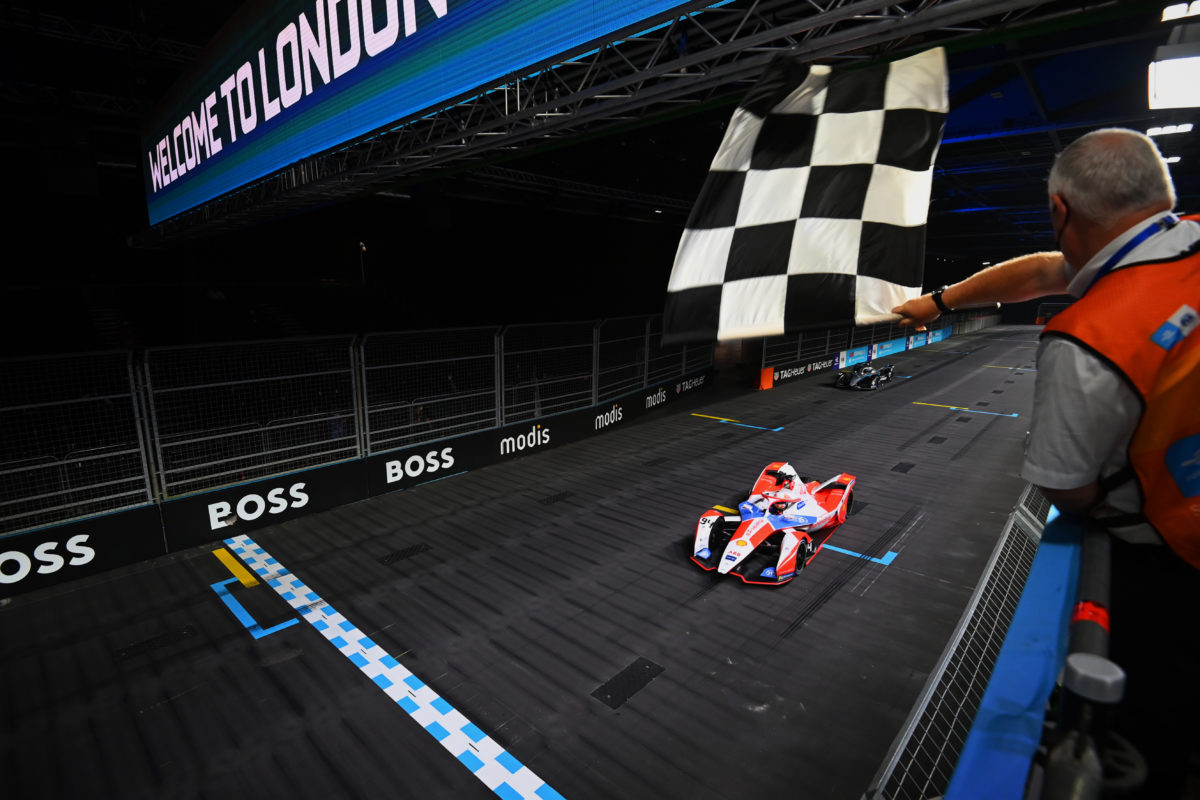 Alex Lynn has been declared victorious in the second race of the London E-Prix after Lucas di Grassi was disqualified for the manner in which he exploited a Safety Car.

Di Grassi took the chequered flag in the lead but already had a drive-through penalty hanging over his head which was converted initially to a time penalty, and later to disqualification.

The Audi driver had stolen first position during the second Safety Car period of the race when he strategically pitted from eighth and managed to overtake the train despite sticking to the 50km/h speed limit in the lane.

The issue was not that action in itself, with Formula E regulations allowing one to enter pit lane during a Safety Car, but rather that he failed to observe the requirement of coming to a full stop in his box if doing so.

Di Grassi had in fact locked up and thus brought his car’s wheel speed to zero, but not the speed of the car itself.

Stoffel Vandoorne, in the other Mercedes, was the early leader from pole position and sat second to di Grassi at the time of the second Safety Car restart.

That was until Oliver Rowland (Nissan) lunged at him at the Turn 10 hairpin, locking up and running into Car #5.

De Vries thus inherited second spot and took the lead moments later when di Grassi activated Attack Mode for a second time, as did Lynn, but the latter retained third position at that time.

However, de Vries’ second helping of Attack Mode would soon come to an end and that left him vulnerable to the two drivers behind him.

Di Grassi passed the #17 Mercedes on Lap 17 and Lynn did likewise a lap later, having also used his Fan Boost in making the move.

They ran in that order for the dozen laps which remained, but word came through with just under nine minutes remaining that the race-leading #11 Audi entry had been given a drive-through.

Lynn was thus classified a 0.6s winner, from de Vries and Evans, the latter of whom made the podium-clinching move on Virgin’s Robin Frijns on Lap 23 at Turn 10.

De Vries is now six points clear in the championship standings, with Frijns second and Jaguar’s Sam Bird dropping from first to third at a further eight points back.

Bird had been running in 11th, and thus poised to take 10th given what would transpire with respect to di Grassi, until he collided with Norman Nato (Venturi) on Lap 28.

Cassidy and Evans sit seventh and eighth in the standings, respectively, ahead of the season-ending double-header in Berlin on August 14-15 (local time).