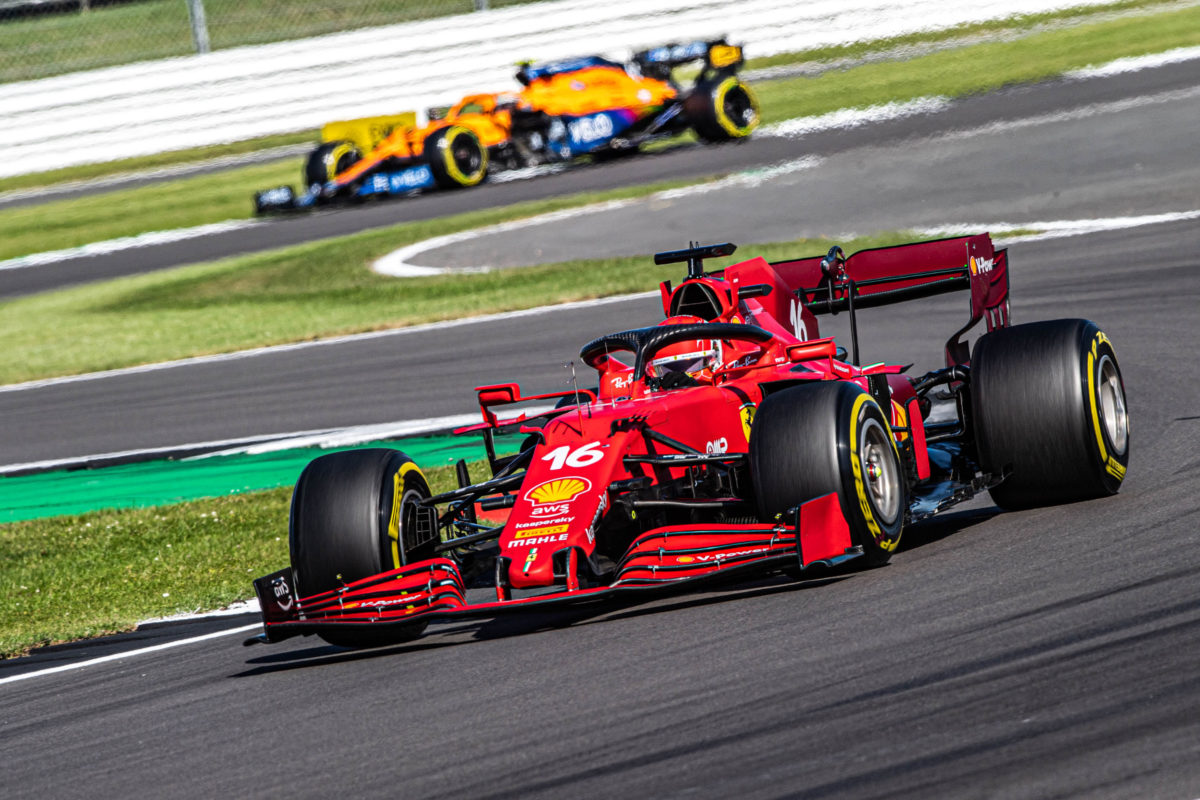 Success against McLaren in the 2021 Formula 1 constructors’ championship will mean Ferrari has overcome some inherent weaknesses in the SF21.

The Scuderia currently sits fourth in the constructors’ battle, 15 points in arrears of its British rival.

It’s a significant recovery from Ferrari, which last year finished sixth in the standings with a total of 131 points – a tally it has already surpassed after 10 races of the 2021 season.

Such has been the turnaround that Charles Leclerc has claimed two pole positions, in Monaco and then again Azerbaijan, and was in contention for victory at the British Grand Prix last time out.

Ferrari has two second place finishes, one each for Leclerc and team-mate Carlos Sainz, with only four non-points finishing results between the duo from 20 starts.

That plays McLaren, which has had 18 points paying results from 20 starts, with Lando Norris having snagged three third places and Ricciardo scraping together 50 points in the drivers’ championship.

“It’s true to say that our qualifying pace has been globally better than our race pace, and therefore we have been too often having to sit back in the race because we were not having quite the same edge that we’ve been able to have in qualifying.”

Part of the problem faced by Leclerc and Sainz is the SF21’s performance through medium- and high-speed corners.

Identified in the early part of the season as a weakness for the car, Ferrari worked to remedy the situation within the limitations of the current campaign.

“Our cars have been performing very well in in slow-speed corners,” Mekies observed.

“We know it’s been a little bit more difficult in medium-speed and high-speed corners.

“So even though car development has been obviously less this year because it’s focused on 2022, there is still means for us to try to unlock some potential to try to understand better why we are more limited in this medium- and high-speed corners.

“And this is for us a very good challenge to be faced with to see if we actually made progress.”

The Formula 1 season continues with the Hungarian Grand Prix this weekend, a venue famed for being ‘Monaco in a paddock’.