Double-headers in North Queensland could become the norm

Townsville Mayor Jenny Hill says it’s not out of the question that Supercars races at the Reid Park Street Circuit and the soon-to-be-built DriveIt NQ in the future.

The Repco Supercars Championship has raced in Townsville on the part-parklands, part-street course every year since 2009.

The build of DriveIt NQ, a permanent multi-purpose facility some 40 minutes out of the Townsville CBD, presents as a logical future option for Supercars if the Reid Park Street Circuit ever became unviable; although, utilising both facilities could be an option.

“I’d love to see MotoGP with the cars as well, but as I said, we can’t do it here,” she said, referencing the street circuit’s shortcomings.

“Maybe we can do it at somewhere like DriveIt. So that would be the ultimate outcome for us.”

Street events have taken a hit due to the COVID-19 pandemic, that and a supposed fall in spectator attendance were attributed to the demise of the Adelaide 500.

Meanwhile, the Newcastle 500 was cancelled in 2020 and omitted from the 2021 calendar due to the pandemic.

By contrast, Townsville has been a saving grace for Supercars.

Asked if there was any threat to the future of the Townsville event, Cr Hill said the event would remain while she is in charge.

“Well, while I’m mayor and my crew are there, it is [safe],” she explained.

“We do have people on council who aren’t big fans of this, and that’s their democratic right, but I can guarantee you while I’m mayor and my crew are still in charge, if the voters keep trusting us, these sort of events will always be a part of our city.” 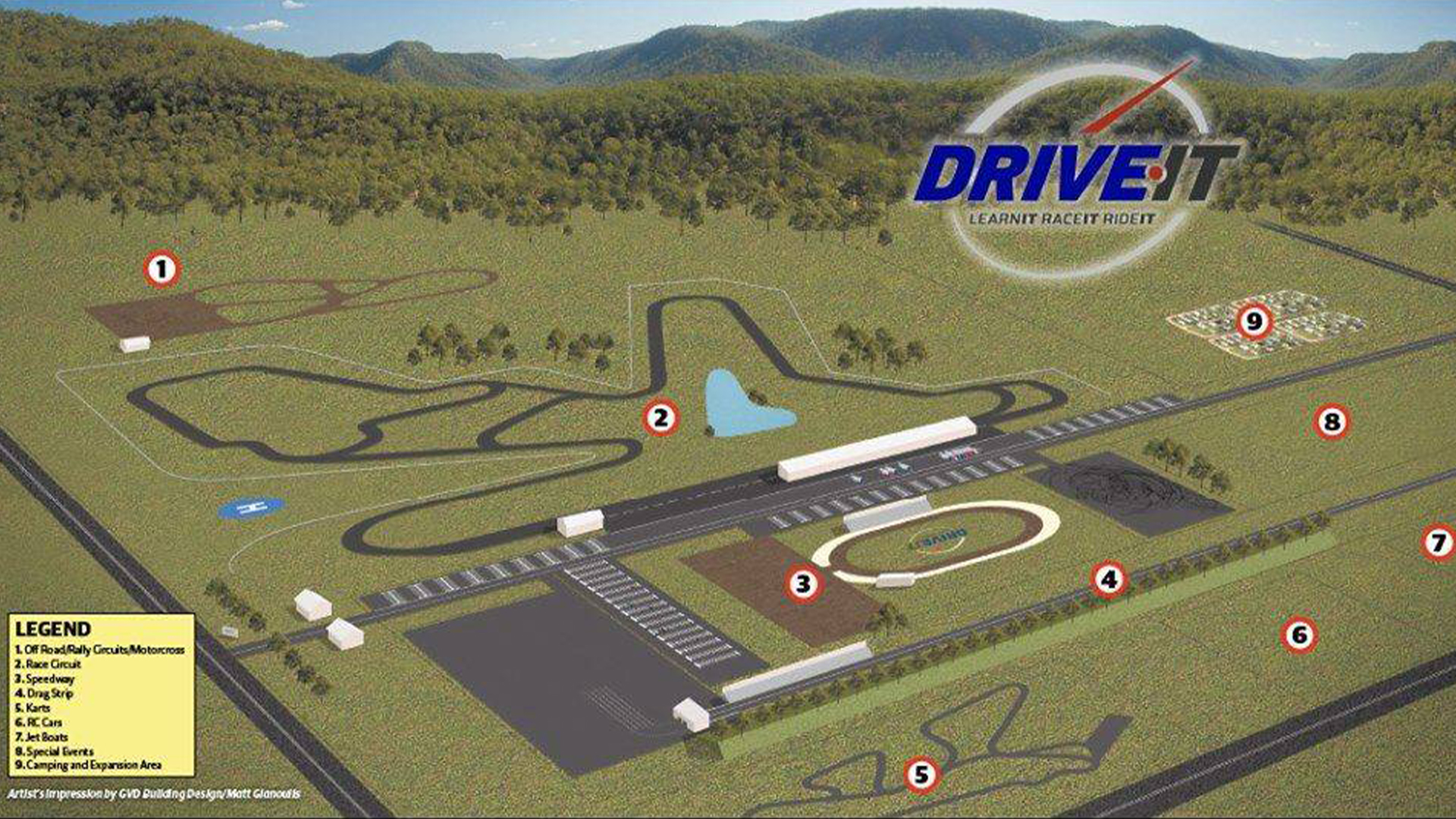 An artist’s impression of DriveIt NQ

DriveIt NQ will be built to FIA Grade 3 specification, allowing for Supercars to race at the circuit should the opportunity arise.

“From our perspective, if ever it became unfavourable to have street races, this represents a really good lifeboat operation,” Driscoll told Speedcafe.com.

“We’ve master-planned it that we can add the safety upgrades without going back and redoing anything to be able to run a Supercars-type of event.

“What we would prefer is to maintain the street race in town. That creates a great carnival and festival atmosphere in the city. It attracts a lot of people that aren’t primary motorsport fans. Then on the subsequent weekend, we could move 45km out to our precinct and we can run a permanent circuit facility one weekend.”

Asked if talks had taken place, Driscoll said he had had informal discussions with Supercars.

“People from Supercars have come out and had a look and they’ve been a bit impressed,” said Driscoll.

“But from our point of view, many of us as individuals of DriveIt have worked with the Townsville event since its inception to make sure it went well.

“We just see that our business plan is based around participation in motorsport, but we also know the economic benefit of having Supercars come.

“A level one category coming to the town is huge from a marquee point of view and from a market economic point of view. Whatever we need to do moving forward to optimise the value of those high-end meetings, we would do.”

It is anticipated the circuit at DriveIt NQ will be built by Christmas.