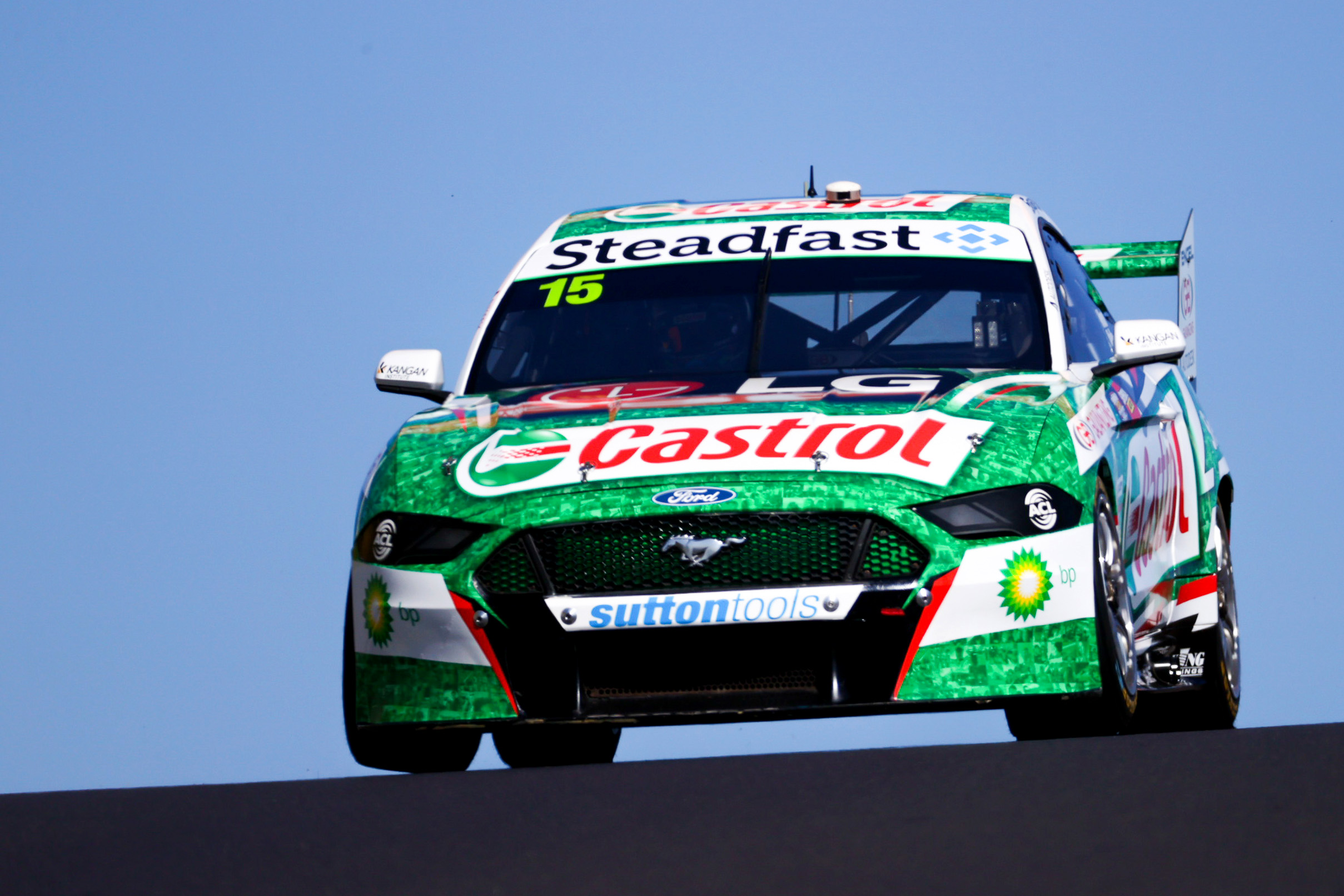 Kelly Grove Racing co-owner Stephen Grove says the team had “a really good look” at fielding a Bathurst 1000 wildcard but ultimately opted not to.

Earlier this year it emerged the team was investigating running a third Ford Mustang in the Great Race.

The team will go to this year’s event, currently slated for October 7-10, with a spare car in its cache.

That will come courtesy of Andre Heimgartner receiving a new chassis which he’ll race alongside Earl Bamber, leaving the team with the capacity to run a third entry.

However, the build of that car and a concerted effort to win this year’s 161-lapper meant the team opted not to push forward with a wildcard.

“We had a really good look at that,” Grove told Speedcafe.com.

“But then we said we’re not where we want to be as a team yet.

“We’ve got Earl Bamber and Luke Youlden coming onboard, two really seasoned guys, and we really want to have a crack at Bathurst.

“That’s the one opportunity we think that if we build the right car, we’re building a new car for Andre which will be used there, and we can get it all right we’ll have a really good shot at that.

“We sort of thought rather than focus on three, let’s go back and focus on two and do that really well.”

Heimgartner and David Reynolds will lead the team’s efforts, joined by Bamber and Youlden respectively.

While the team did not get so far as to determining who might drive a possible third entry, Grove said Rick Kelly would have been a likely candidate.

“If he wanted to get back and do that, then yeah, for sure, he would’ve been someone we would have loved to have jumped into the car,” Grove explained.

Speedcafe.com understands Kelly was keen to make a return at this year’s Bathurst 1000.

However, opportunities were few and far between for the 38-year-old.

Grove says he’s offered Rick Kelly the chance to race his Porsche 911 GT3 R should he wish to.

An imminent return to competition looks unlikely though, according to Grove, who said Kelly is focused on building his life away from the sport.

Kelly retired at the close of the 2020 season, departing the Repco Supercars Championship after 20 seasons as a full-timer.

“Rick has taken on some building projects in the family business. He’s really grabbed hold of them and he loves the building side,” Grove explained.

“He’s really trying to make sure he builds another life I suppose outside of Supercars. Will he come back and be around the garage? Probably. But at this stage he’s daily busy building a new caravan park up in Mildura.”

“We’ve even spoken about some GT stuff with him, but he just wants to build a life outside of that.

“There’s some opportunities there with us with our GT car and stuff like that, but that’s not something he wants to do from what I understand at the moment.”