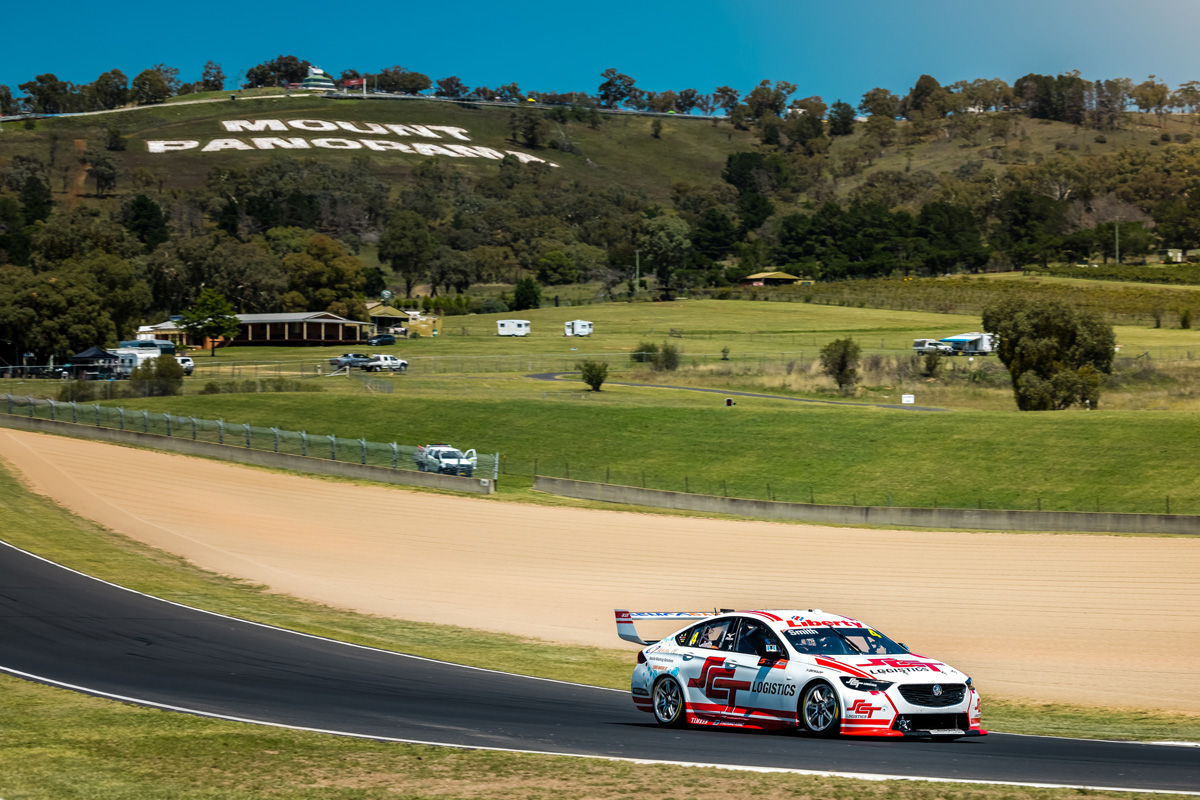 Supercars Championship powerbrokers have made a conscious effort to ensure top speeds don’t increase as part of a mass reduction in downforce for Gen3.

Two core pillars of the Gen3 philosophy are lowering costs and facilitating better racing – and the restriction of top speeds caters at least to the former.

Supercars typically peak around the 300km/h down Conrod Straight at Mount Panorama, the fastest section of track the championship visits.

With plans to cut current downforce levels by 67 percent for the new Mustangs and Camaros, drag levels will be dramatically slashed.

As Supercars head of motorsport Adrian Burgess observed, “if we left the current power unit in the Gen3 car, [top speed] would be substantially over 300km/h”.

That’s not something that is desired.

“We have always worked on the fact that we don’t want the cars going over 300km/h down Conrod,” Burgess told Speedcafe.com.

“So when we have targeted the downforce number that we believe we can get to and when we’ve worked on our projected minimum weight of the car, you also factor in where you would like to be in terms of manufacturers being able to bring a wider range of engine configurations to us.

“We aren’t going to stick in a V8 still doing 650bhp because those engines are so highly stressed and so highly developed that that’s why they are expensive to run and maintain.

“By bringing the horsepower number down roughly 50bhp, combine that with less downforce, you still need to have a reasonable amount of drag on the car or you will be too quick, but it gives us an engine platform that should be easier for more manufacturers, should they arrive, to hit the number.”

Therein lies the opportunity to create an “easier and cheaper” engine package for teams to build and operate.

“We didn’t really want to move our top speed any higher than that [300km/h mark] because you’re putting more stress into the brakes,” Burgess continued.

“There’s a multitude of reasons why, but 300 has been a good number, so we wanted to try to stay around that.”

Whether 600bhp ends up being the exact maximum horsepower number settled on is not especially important, Burgess noted.

“That’s what we’re working towards and there is a tolerance around that, the same as there is a degree of tolerance where we anticipate the final weight of the car to end up,” he said.

“There’s a degree of tolerance around where we end up with downforce – we’re taking that much off the car, we’re not going to be hellbent on whether it’s 135kg or whether it’s 140kg, it will make no difference from where we are coming from.

“That will be the same with power, as long as we can get both engines paritised on all of the metrics that we set ourselves.

Supercars is due to begin Gen3 testing in October, with the 2022 Sydney SuperNight in August next year earmarked for the competitive debut of the next-generation cars.