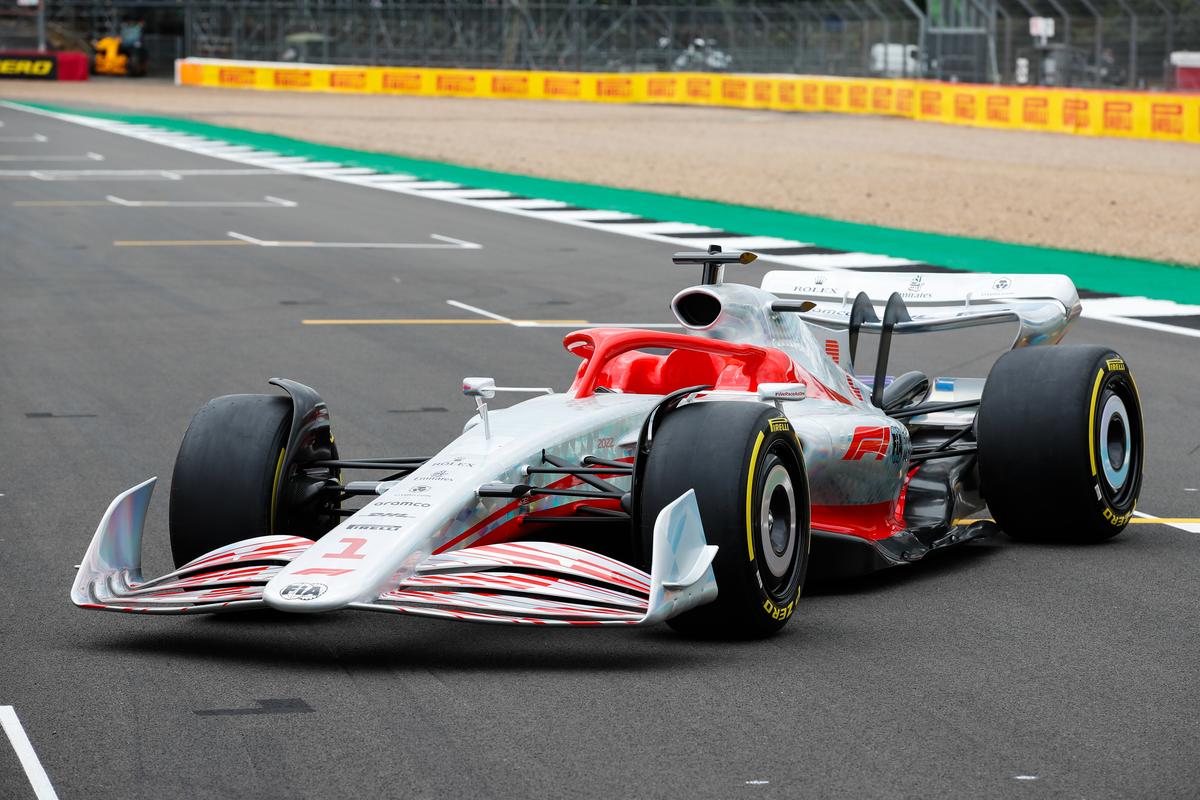 The 2022 F1 car presented at Silverstone

The 2022-spec Formula 1 car presented to the world ahead of last weekend’s British Grand Prix is an accurate representation of the sport’s new look.

That’s the assessment from within the paddock who suggest it offers a solid indication of what next year’s technical regulations will generate.

A fundamental shift in the aerodynamic philosophy applied to cars has seen a radical redesign, bringing with it the reintroduction of ground effects.

It’s hoped a greater reliance on underfloor downforce, versus wings in the airstream, will allow cars to follow more closely and, in turn, improve the show.

The concept was first revealed in 2019 and was set to be introduced for 2021, though pragmatically delayed a year as the sport dealt with the global pandemic.

Work has continued throughout to refine the new rules, with last week’s unveiling the first time a full-size interpretation had been displayed.

“I don’t think that they will be big difference to what we see today,” Fernando Alonso said shortly following the car’s unveiling.

“I think the regulations are quite strict, there is not maybe the freedom that we had in the past.

“Obviously, there will be different philosophies for different teams, they will not look exactly the same as what we see today but that will be for an expert eye.

“I think for the normal people, will not look too different from what we see today.”

It’s a view echoed by James Key, McLaren’s technical director and the man in charge of the Woking squad’s own 2022 project.

“It’s, I suppose, quite basic compared to what teams will be showing next year, but it’s an accurate representation.

“You look at that front wing geometry, for example, the diffuser at the back, the entry of the floor, all those things will be there. They’ll be similar proportions to that, but it is a baseline car, [an] undeveloped car.

“So I think it’s a reasonable representation,” he added

“I think what it’s lacking is the approach an F1 team would take with those regs, which is to iterate the hell out of it, basically, and come up with a very refined solution based on a lot of time of development.

“We’ll see visual differences, we’ll see refinements, we’ll see detail as perhaps on this particular show car, if you call it that.

“But yes, it’s an accurate reflection of what a ’22 car looks like.”

Mercedes team boss Toto Wolff agreed, that fundamentally the car unveiled is what the future of F1 will look like.

“We are very constrained by the regulations,” he observed.

“There will be details that going to be different between the cars, but I doubt we will have a revolution, that cars will be looking very different.”

Christian Horner too agreed, pointing out that individualism among the teams had almost been regulated out in the new rules.

“I think you’ll get very slight variants on the theme,” explained the Red Bull team boss.

“I think the regulations are so tight now that the variance between the cars will be visibly, quite minimal.

“The differences will no doubt be under the skin of the car, which is kind of a shame that we’re going down a route that the shape is so is so constrained.

“So it’ll be the livery that will be the biggest differentiator between the cars.

“But they’re kind of retro looking, reminds me of sort of 1990s IndyCar.

“I think the car looks pretty cool, but it’s kind of retro.”