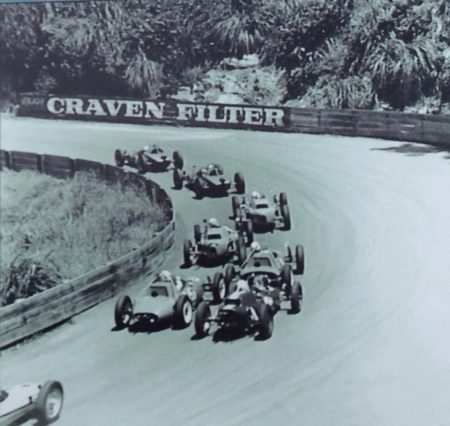 Catalina Park in its time as an active motor racing venue

The site of Katoomba’s former Catalina Park motor racing circuit is under review as part of a draft council Plan of Management.

While the now dilapidated Blue Mountains circuit is rich in motorsport heritage, Catalina Park is also controversial given the site’s significance in Aboriginal culture and the circumstances in which it was taken over for construction in the 1950s.

The old race track remains and is part of a broader area known also as ‘The Gully’, which was officially declared an Aboriginal Place under New South Wales legislation in 2002.

According to Blue Mountains City Council, the draft Plan of Management for The Gully, which would replace a 16-year-old version should it be adopted, “places a greater emphasis on the Aboriginal cultural values of The Gully”.

While there is no prospect of a return to motor racing at Catalina Park, the draft plan would prohibit “Static displays, promotional and or funding raising events associated with the racing history of Catalina”, activities which are currently allowed.

The race track and the parkland around it, alternatively known as ‘Frank Walford Park’ and being one of three distinct areas within ‘The Gully’, is nowadays used for recreational activities including walking and cycling.

The draft plan refers to it as “a major challenge in managing what is a valued repurposed recreation asset to some, but for others it’s a continual reminder of the devastation caused to The Gully and the forced removal of families from their homes.” 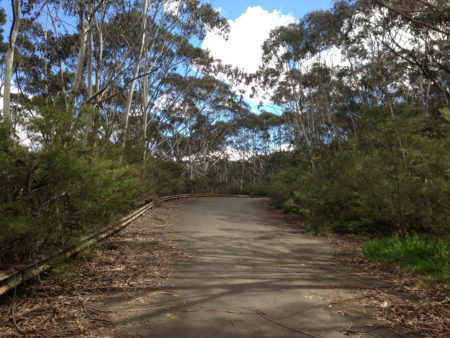 Nevertheless, it would appear that what remains of the circuit is safe, to the extent that it can be given its deterioration through time, as cycling would be permitted on the old race track.

Furthermore, under implementation works, the draft plan reads, “Management intervention to the old race track is limited to protect against any associated degradation or impacts on the surrounding bushland and swamps.

“Access for recreational use for walking and cycling [is] to be maintained where possible subject to feasibility of environmental, cultural and financial constraints.”

Blue Mountains City Council is taking submissions on the draft Plan of Management until this Monday, July 26, while a public hearing will be held at the Blue Mountains Cultural Centre in Katoomba on Saturday, August 7 from 13:00-16:00 (pending COVID restrictions; a Zoom link may be provided as an alternative).

Residents of The Gully were evicted in 1957 to make way for Catalina Park, which opened in 1961 and was run by the Australian Racing Drivers’ Club until 1969.

Major motor racing at the circuit ceased in the 1970s although minor events were still held there until into the 1990s.

For more on the circuit’s motor racing history, CLICK HERE for a Speedcafe.com feature from 2013