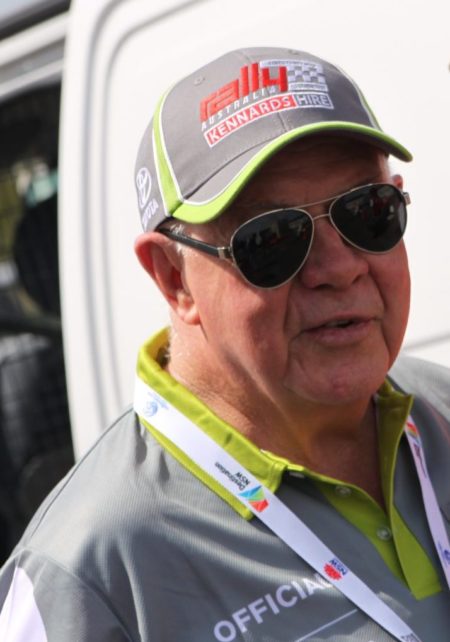 Bailey, 78, joined the Brisbane Sporting Car Club in 1983 and developed a tremendous affinity with the sport of rallying over almost four decades.

Bailey’s passion culminated in him becoming one of Australia’s leading and most respected rallying officials.

He was also an FIA steward at various international rallies, board member of Rallycorp, recipient of CAMS officials awards, and an official at many events around the country from Targa Tasmania to Classic Adelaide.

As well as being a committed official in Australia, he was also well-respected and known in the rallying scene in Japan, Malaysia and New Zealand.

“In his time directing events over many years, Errol mentored many people into official event positions and many of those still perform those duties today,” said Cockeron.

“A great tribute to him is the way competitors and officials speak of being part of events Errol planned and directed – comments were always overwhelmingly glowing.

“In recent years, Errol allowed others to shine but he was always available when his input was sought. In my last meeting with Errol and the leadership of the Gympie Regional Council, his advice was valuable and insightful.

“On behalf of the Brisbane Sporting Car Club, we extend our deepest condolences to his wife Margaret, children Michael, Paul, Amanda and Matthew, his brother Rodney, grandchildren and to all his close friends and associates.”