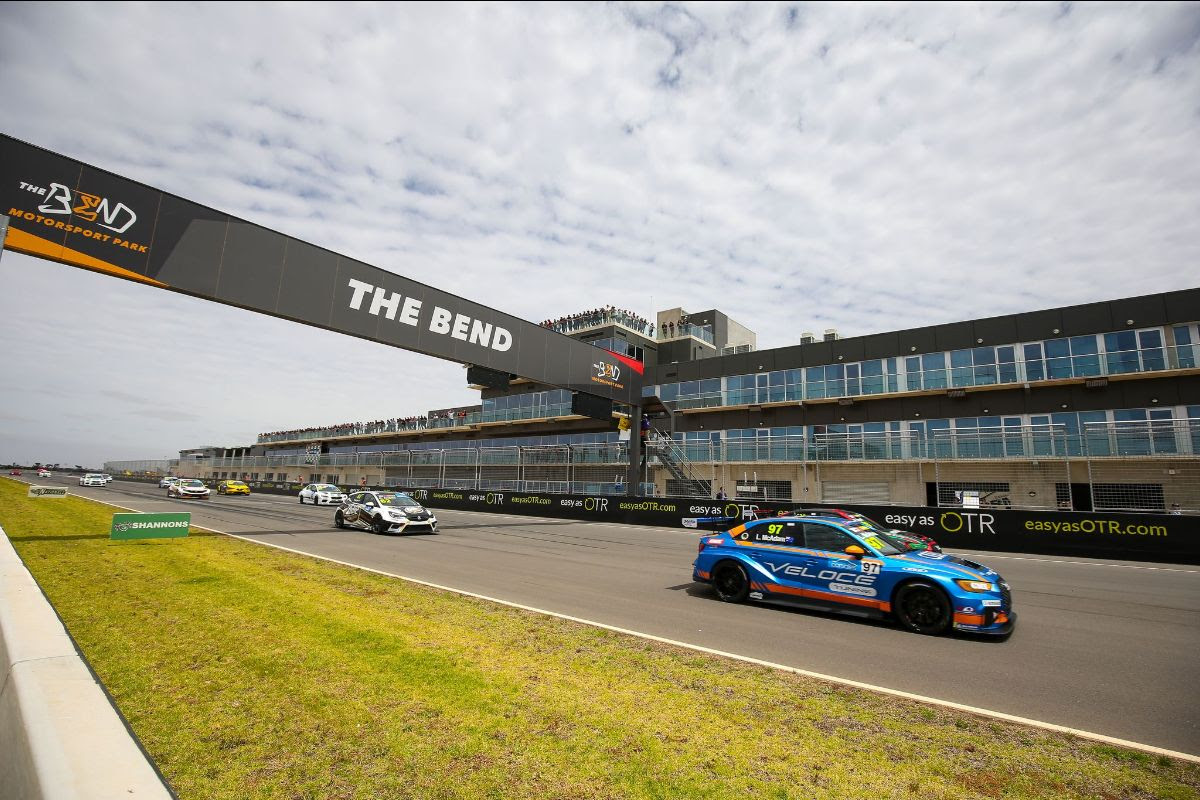 A second Shannons Motorsport Australia Championships event at The Bend has been added to the calendar, creating in what will be a huge fortnight of competition.

In conjunction with the move to put Supercheap Auto TCR Australia and other categories on the original round at The Bend due to the cancellation of a meeting at Morgan Park, another has been scheduled for the following weekend, October 22-24.

As for the categories that make up the programme for that latter Motorsport Australia Championships, MRF Tyres Australian Production Car Series, National Sports Sedans Series, Porsche 944, Radical Australia Cup, and the Bullrush Rally will be in action.

That makes for back-to-back weekends of action for the Radicals, which will also be racing on the first event at The Bend alongside TCR Australia, Gulf Western Oils Touring Car Masters, Fanatec GT World Challenge Australia Powered by AWS, Porsche Michelin Sprint Challenge Australia, the National Trans Am Series, and the GC Marine Australian Prototype Series.

Motorsport Australia will also use that event to host a local edition of the FIA Girls On Track programme and Ricciardo’s Racers, while the Battery World Aussie Racing Cars Super Series is likely to feature at on one of them, although exactly which is yet to be confirmed.

“This back-to-back weekend of motorsport is a real treat for fans and competitors alike,” said Motorsport Australia’s director of motorsport and commercial operations, Mike Smith.

“Given the interruptions to our calendar in 2021, this double-header provides a fantastic opportunity for so many teams and categories to enjoy two huge weekends of racing.

“The Shannons Motorsport Australia Championships events being joined by other disciplines in the region is also an exciting prospect, and allows everyone to experience plenty of different action on asphalt and dirt and we can’t wait to get to The Bend for a fortnight in October.

“Thanks must go to The Bend, our categories and competitors and our sponsors for being so nimble and adaptive in what has been a tough year for us all.

“We’re thrilled to be able to host this double header with plenty of different categories and disciplines, along with our unique development programs, at a world-class venue.”

While the second event at The Bend is a make-up for the cancellation of the Morgan Park round, Smith has told Speedcafe.com that there are plans for an expanded Motorsport Australia Championships calendar in 2022.

In the meantime, the next round, which will also take in Supercheap Auto TCR Australia, is set to unfold at Sandown on September 17-19.

Motorsport in South Australia this October