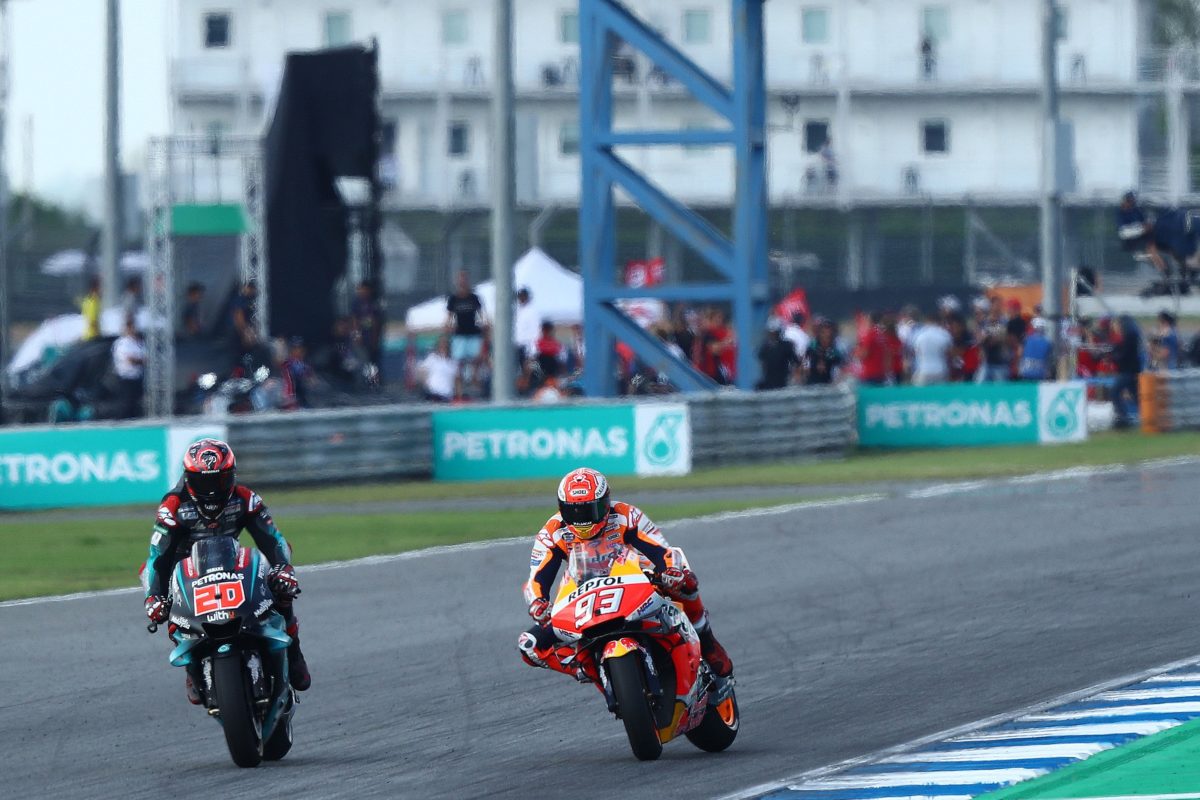 MotoGP’s Thailand Grand Prix has been cancelled due to the COVID-19 pandemic.

The event was to have taken place in 2021 on October 15-17 at the Buriram International Circuit, but has now been called off for a second year running.

“The FIM, IRTA and Dorna Sports regret to announce the cancellation of the OR Thailand Grand Prix, which was set to take place at Chang International Circuit from the 15th to the 17th of October,” read a statement issued by Dorna Sports.

“Despite the best efforts of all parties involved, the ongoing COVID-19 pandemic and resulting restrictions have obliged the cancellation of the event.

“The FIM MotoGP World Championship looks forward to returning to race in front of the incredibly passionate Buriram crowd in 2022.

“A replacement event is currently under consideration and any updates regarding a possible substitute will be published as soon as available.”

The decision makes for the cancellation of three of the four Asia-Pacific flyaways on the original calendar, the others being the grands prix in Australia and Japan.

The Malaysian Grand Prix is presently the last of those remaining, with a stop at Sepang currently scheduled for October 22-24, the date formerly occupied by Phillip Island.

MotoGP’s calendar now numbers 18 rounds, with the Argentina Grand Prix officially only postponed and yet to be rescheduled.

The summer break ends on August 6-8 with the Michelin Grand Prix of Styria at the Red Bull Ring.