DriveIt NQ aiming to have circuit built by Christmas

DriveIt NQ aiming to have circuit built by Christmas 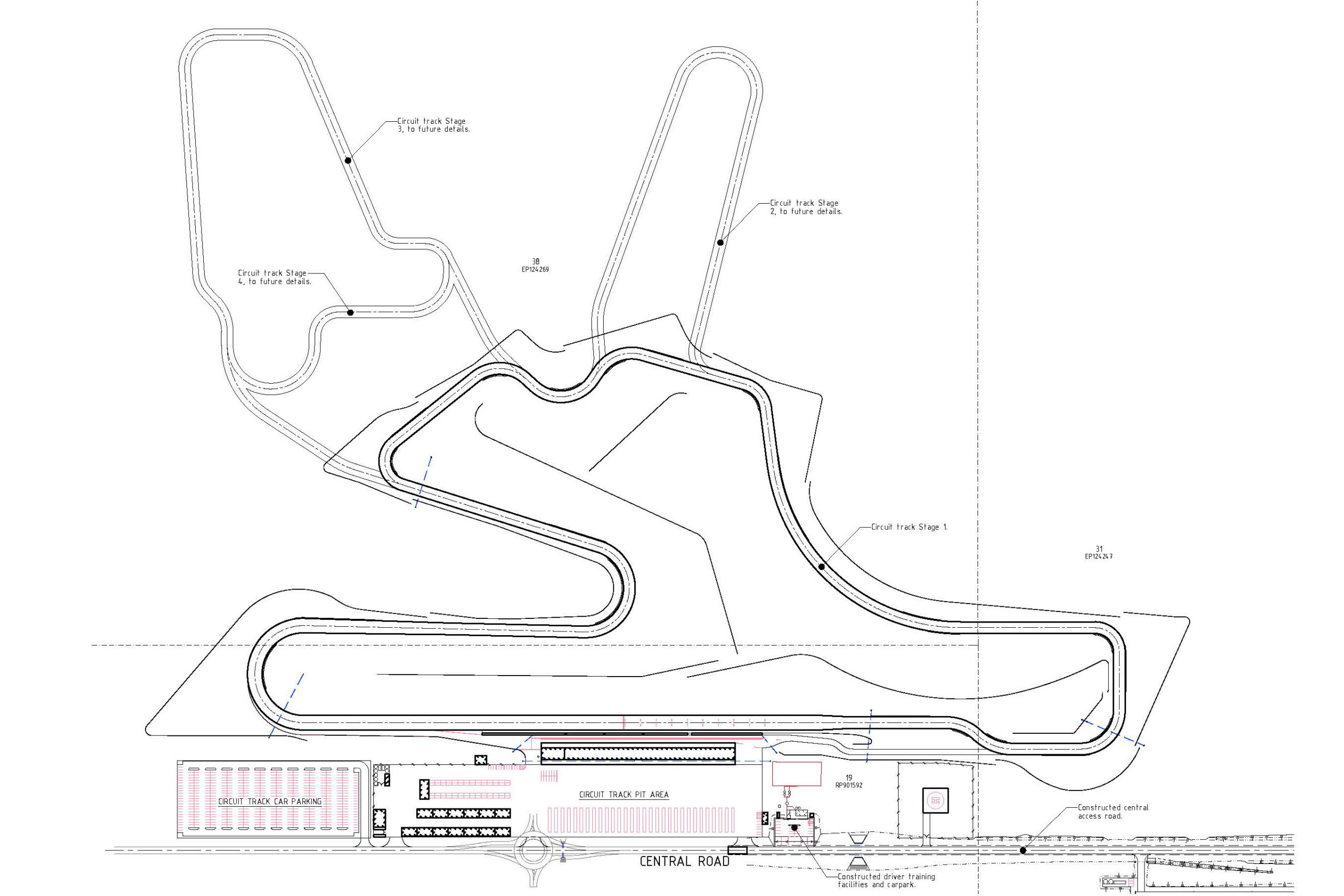 DriveIt NQ director Pat Driscoll has outlined plans to have North Queensland’s first permanent circuit up and running by the end of 2021.

Now, momentum is building for an end-of-year construction of the circuit which was launched in 2006 by the Driver Education Centre and Motorsport Action Group.

Pending council approvals, earthwork is expected to begin on the circuit in the coming weeks, which will have an initial 2.7km layout.

Despite the COVID-19 pandemic, DriveIt NQ began building the facility midway through 2020 with the construction of a 200m x 100m skid pan.

Cash injections from the Federal and State governments have given the project a boost, DriveIt NQ now at the point where construction of its largest asset is slated to begin shortly.

“In a year’s time we’ll have our 2.7km track up and running,” Driscoll told Speedcafe.com.

“We will also have the drag strip in place. There will be opportunities to add spectator facilities and noise mitigation for high-end motorsport activities as it’s moving forward.

“The idea is to create a minimum viable product, get it used, operationally, but the master plan is to be able to run level one events on any of the racing surfaces.

“Our timelines are to have the track built by the wet season. It’s a pretty important timeline because things slow down out here in this part of the world when you get a wet season.

“Have it done by Christmas is the plan, late November, early December. That’s to get the surface in and then we can add some fencing and car parks and all of that sort of stuff.”

The circuit design itself (pictured above) has been influenced by Norwell Motorplex and Bathurst 1000 winner Paul Morris.

The initial plan is to get Stage 1 of the circuit built, with Stage 2 and Stage 3 extensions to be implemented at a later date.

Motorsport’s presence in Townsville has grown over the past decade courtesy of the annual Supercars event at the Reid Park Street Circuit.

However, the city has no nearby permanent facility, the closest being that of Lakeside Park north of Brisbane some 1300km away.

For Townsville Mayor Jenny Hill, the build of DriveIt NQ is a major benefit to the region.

“The problem with this [Reid Park] circuit is we can’t race motorcycles here,” she told Speedcafe.com.

“The concept of DriveIt is about driver education, but it’s also about motorsport racing and things like that.

“One of the reasons people move up here, and we did it ourselves, we taught our kids to ride motorbikes, when we all get together as a family we go go-kart racing and do stuff like that – and you can do it in regions like this.

“However, what we did need was, we believed, a dedicated circuit so that we can have all of those activities, and what we’ve done as a council is we’ve provided the land for them at a peppercorn lease, but we’re also zoning it so that whole area becomes industrial.

“So what that will do is actually protect it into the future because, I grew up in Melbourne, the urban growth has hit Calder. It’s really hard now at Calder and you want these sorts of facilities where they are close for people to use, to access, but not at the point where you get that urban growth and it just destroys their ability to operate.”

The only element of the DriveIt NQ facility which remains unfunded at the moment is the speedway.