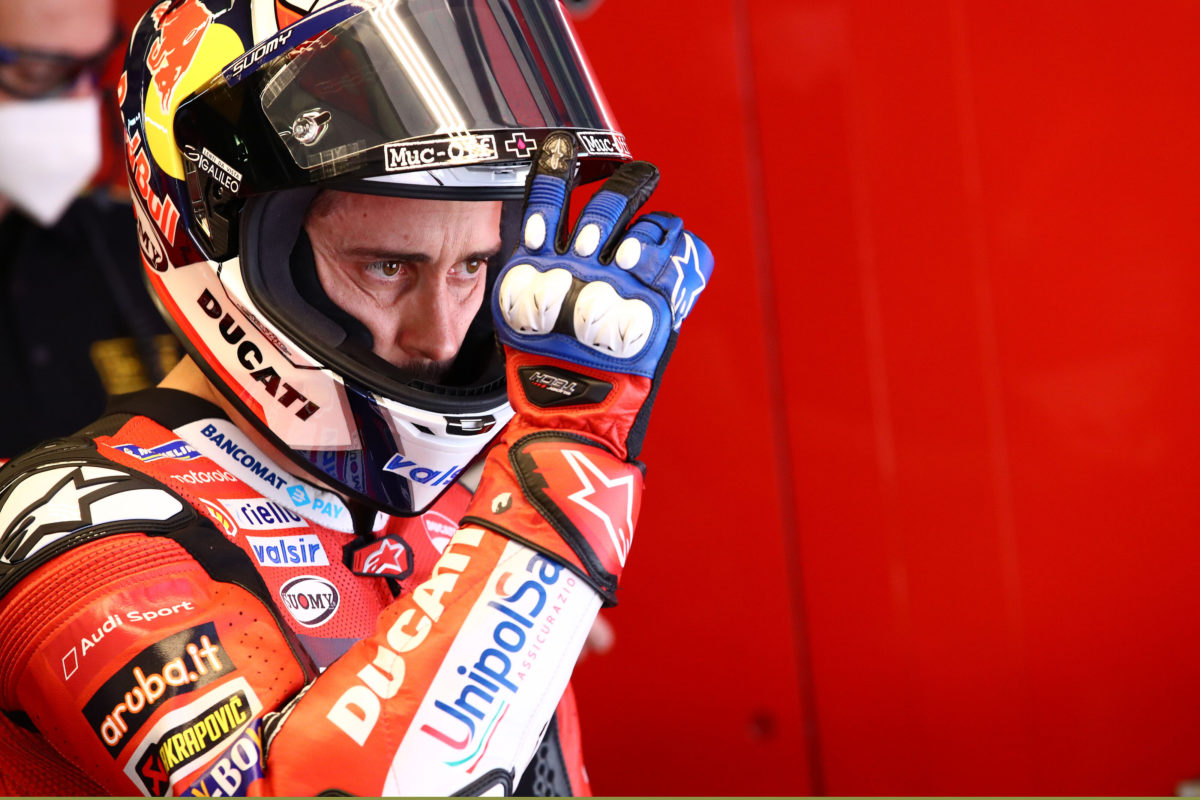 Andrea Dovizioso remains interested in racing in MotoGP, despite still having no deal for 2022.

Dovizioso cut ties with Ducati effective the end of 2020 but declared, at that time, his intent to return to the grid.

Having initially shunned test contract offers, he came to ride an Aprilia in a succession of one-offs before reaching a formal agreement to test with the Noale marque.

However, it is now Maverick Viñales who has been strongly linked to the Aprilia seat alongside incumbent Aleix Espargaro, following his shock Yamaha contract termination.

Nevertheless, Dovizioso sees himself as a MotoGP competitor again in the future.

“I don’t feel like a retiree,” he told Corriere Romagna, in his native Italy.

“On the contrary, I’m training to stay fit and be ready.”

While Dovizioso’s split from Ducati was announced by his manager, Simone Battistella, and Viñales’ from Yamaha was self-initiated, their circumstances were apparently different.

The former claims he never received a renewal offer due to his relationship with Ducati Corse’s general manager deteriorating to “zero”, whereas the latter still speaks positively at least of Yamaha’s top brass in Japan, but said he could not adapt to the bike and nor could the manufacturer adapt its bike to him.

Dovizioso’s situation is similar, however, in so much that he has also stated that he will “return to MotoGP as soon as I find a project driven by the same passion and ambition that I have and within an organisation that shares my same objectives, values and working methods.”

On Viñales, the 15-time MotoGP race winner observed, “Maverick made an extreme choice.

“I can understand him because, if he behaved this way, he no longer believed in a certain situation.

“At the same time, however, we see that he believes in what he does, given the huge amount of money he gave up.”

Neither rider would, on the face of it, have many options for a berth on the MotoGP grid in 2022.

Yamaha Factory Racing does, of course, have a seat to fill, although moving for Franco Morbidelli, who was runner-up last year on an old YZR-M1, is an obvious move.

If that comes to pass, then SRT would probably need to find two riders given the likelihood that Valentino Rossi will retire, but team boss Razlan Razali says the squad is still waiting on a decision from the seven-time premier class champion and the factory.

VR46 has not announced who will be Luca Marini’s team-mate when it joins MotoGP in its own right, although Marco Bezzecchi had been the favourite and Ducati seems uninterested in signing up Viñales itself.

Aside from Aprilia, the only other team which has a ride theoretically available is KTM satellite team Tech3, although the Austrian manufacturer is likely to look within its ranks for someone to share the garage with Remy Gardner.