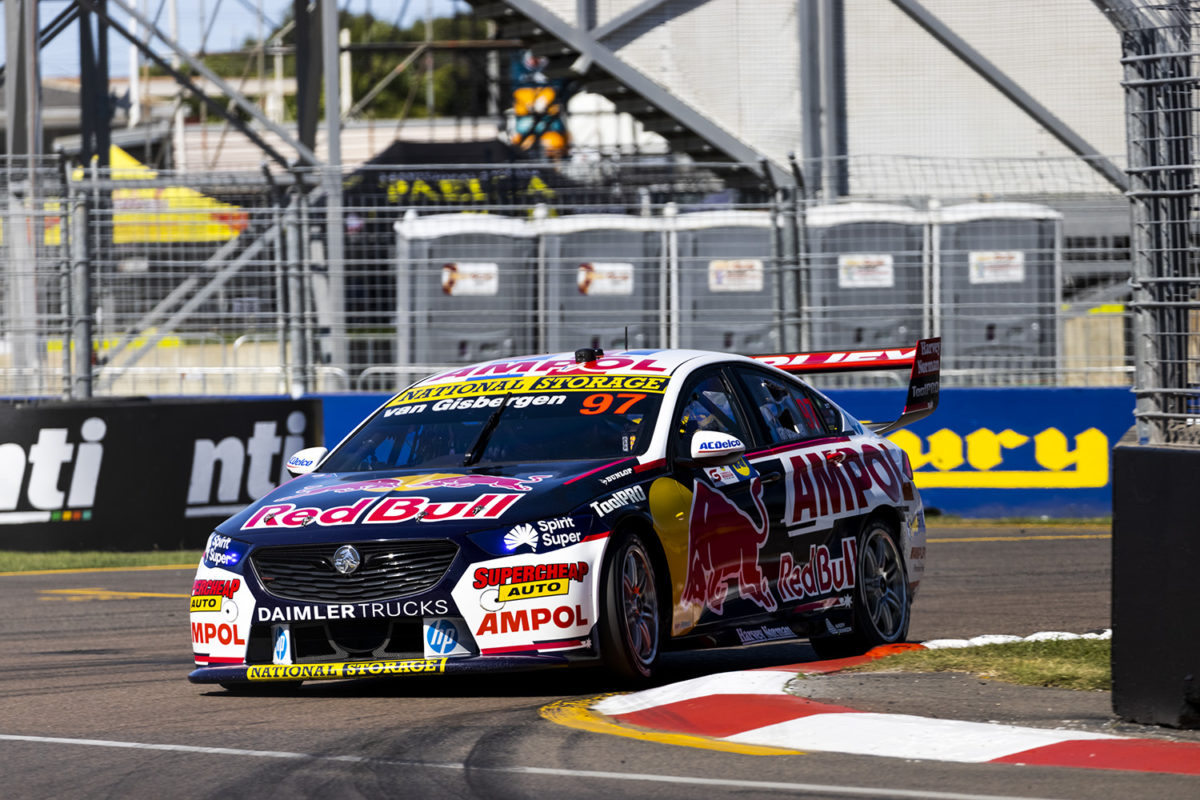 Motorsport Australia will work with Supercars on possible procedural changes after Shane van Gisbergen was controversially disadvantaged in the Top 10 Shootout at the WD-40 Townsville SuperSprint.

The Red Bull Ampol Racing driver was compromised after Matt Stone Racing’s Zane Goddard slid into the barriers in the one-lap dash which finalised the starting grid for Race 17 of the Repco Supercars Championship.

Van Gisbergen had slowed during his out lap as a result, leading to a messy push lap which he described as “shit” on his way back to the pits.

At the heart of the issue is the timing of a Top 10 Shootout, with one car generally sent on their out lap as the preceding driver is completing their hot lap (save for any breaks for free-to-air television, which did not apply in this instance).

Goddard was ultimately able to clear the scene of the crash, at the 13th and final corner of the Reid Park Street Circuit, but not without some delay and thus uncertainty about whether he would do so.

Triple Eight Race Engineering team manager Mark Dutton claimed there had been “no communication from Race Control on what to do” and no “black and white” procedure for such situations, while team principal Roland Dane asserted that “Race Control got it wrong.”

Motorsport Australia has now released a statement addressing the matter, promising to work with Supercars on what improvements may be necessary.

“As part of Saturday’s Top Ten Shootout, Shane van Gisbergen’s out lap was impacted by an incident on the final corner involving Zane Goddard’s car prior to van Gisbergen commencing his timed lap,” read that statement.

“van Gisbergen was required to complete his timed lap once the track was cleared. While this decision was made late in car 97’s out lap, the correct procedure was followed by Race Control as the rules are currently written.

“Given this situation, Motorsport Australia will now work closely with Supercars and the Supercars Commission to determine the best process to be implemented for future Top 10 Shootouts to minimise a drivers timed lap being compromised by a similar incident.”

Van Gisbergen ended up sixth-fastest in the shootout in question, the same position as he had provisionally qualified in.