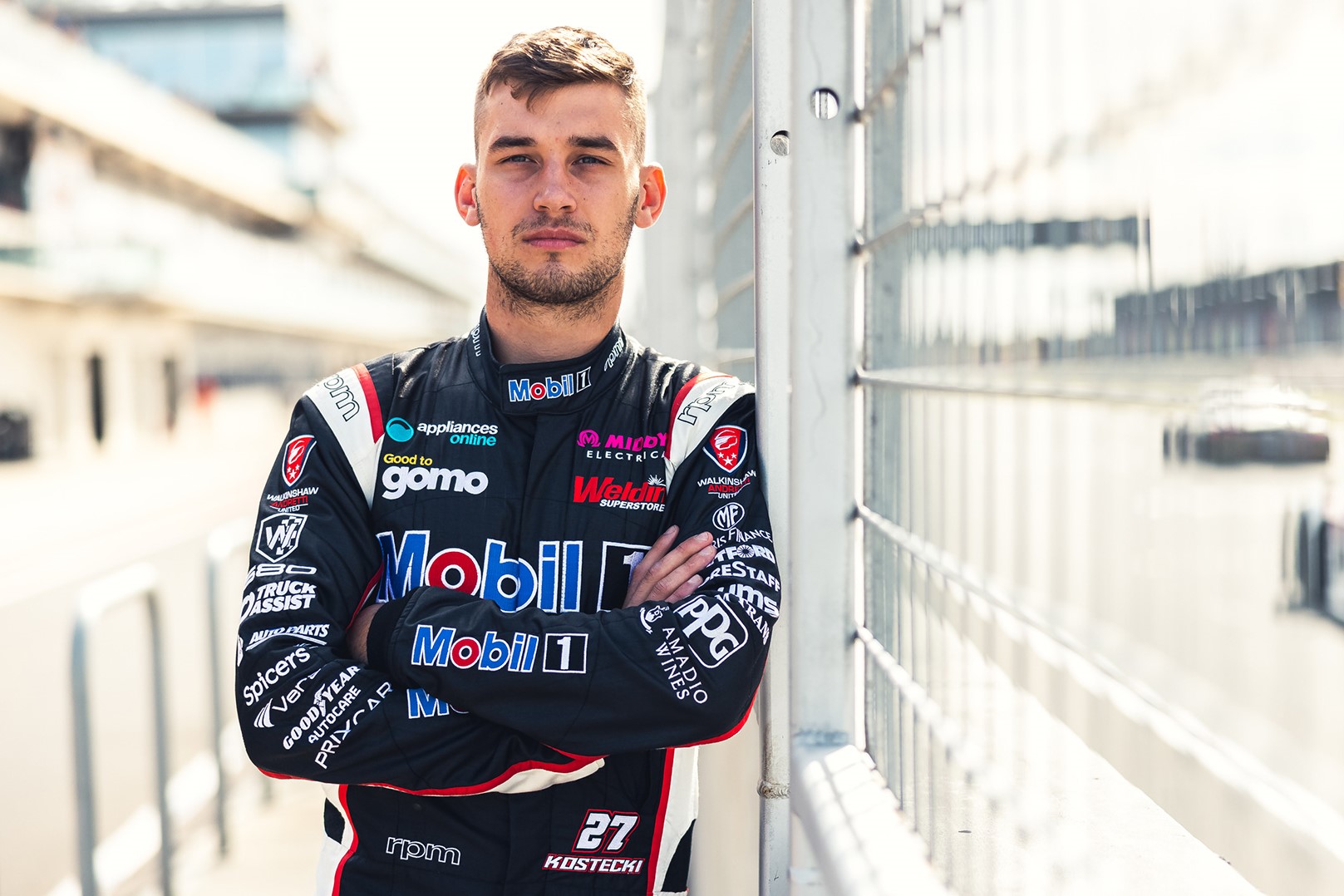 Walkinshaw Andretti United team principal Bruce Stewart says three wildcard appearances is ample time for Kurt Kostecki to show why he should be full-time in Supercars.

The 22-year-old has one more wildcard scheduled this season at the Bunnings Trade Perth SuperNight with the Clayton-based outfit.

Kostecki already has two rounds under his belt this year at The Bend Motorsport Park and Hidden Valley Raceway.

His best finish to date remains a sixth place in the opening race of the Darwin Triple Crown.

While questions hang over incumbent Bryce Fullwood and his future at the team, with veteran Lee Holdsworth emerging as an option, Stewart indicated Kostecki was unlikely to go full-time with WAU in 2022.

Rather, he hopes another team will take the young gun onboard for the forthcoming season.

“Our objective with Kurt is to highlight a young man with real talent to the whole pit lane and assist a young guy who I believe should be in the pit lane to get that gig next year,” Stewart told Speedcafe.com.

“I think he’s shown that he can drive. He came sixth [in Race 12]. He’s a great young kid. He’s clearly got talent. He fits into a team environment very well.

“I’d like to see him up and down the pit lane next year and I’d feel better about the sport that it’s helped a young kid with the talent get through,” he said of the wildcard campaign.

“We’ve really enjoyed the association with him. We’ve got another race to do. I hope that he continues the good form because someone will snap him up and he’ll do them a world of good.”

A familiar face in the Super2 Series ranks, Kostecki finished runner-up to Fullwood in the 2019 second-tier season.

Kostecki has previously made fleeting appearances in the Repco Supercars Championship.

In 2016 he drove for Team 18 as injury cover for Holdsworth at the Reid Park Street Circuit and Queensland Raceway.

In 2018 he made two wildcard appearances at Queensland Raceway and The Bend Motorsport Park under the Kostecki Brothers Racing umbrella.

Last year the Perth-born pilot made his Bathurst 1000 debut alongside Fullwood, the pair retiring late in the piece.

Asked whether the team had considered trying to acquire a third Racing Entitlements Contract for 2022, Stewart said it wasn’t something on its radar.

“The third car is always a hard question because of the economies of scale.

“We’ve tried to do it previously and I think two cars is probably the right model for us.”

Kostecki’s next Repco Supercars Championship outing, the Perth SuperNight, is slated for September 11-12.