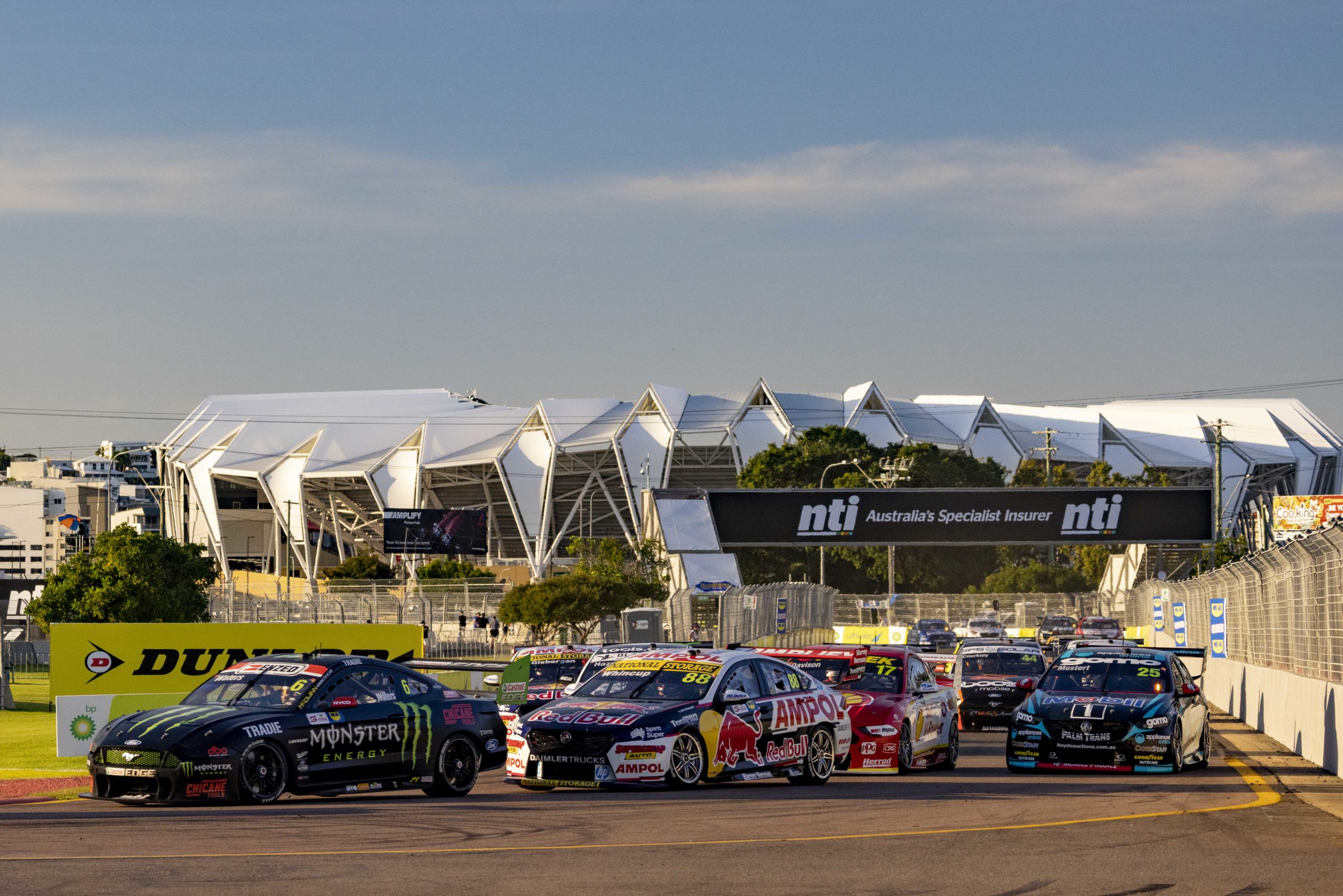 It felt a little like groundhog day in Townsville as the Repco Supercars Championship returned to the Reid Park Street Circuit for the second weekend straight.

In this edition of Standouts, Shockers, Surprises, we look at all the big talking points from the Townsville SuperSprint. 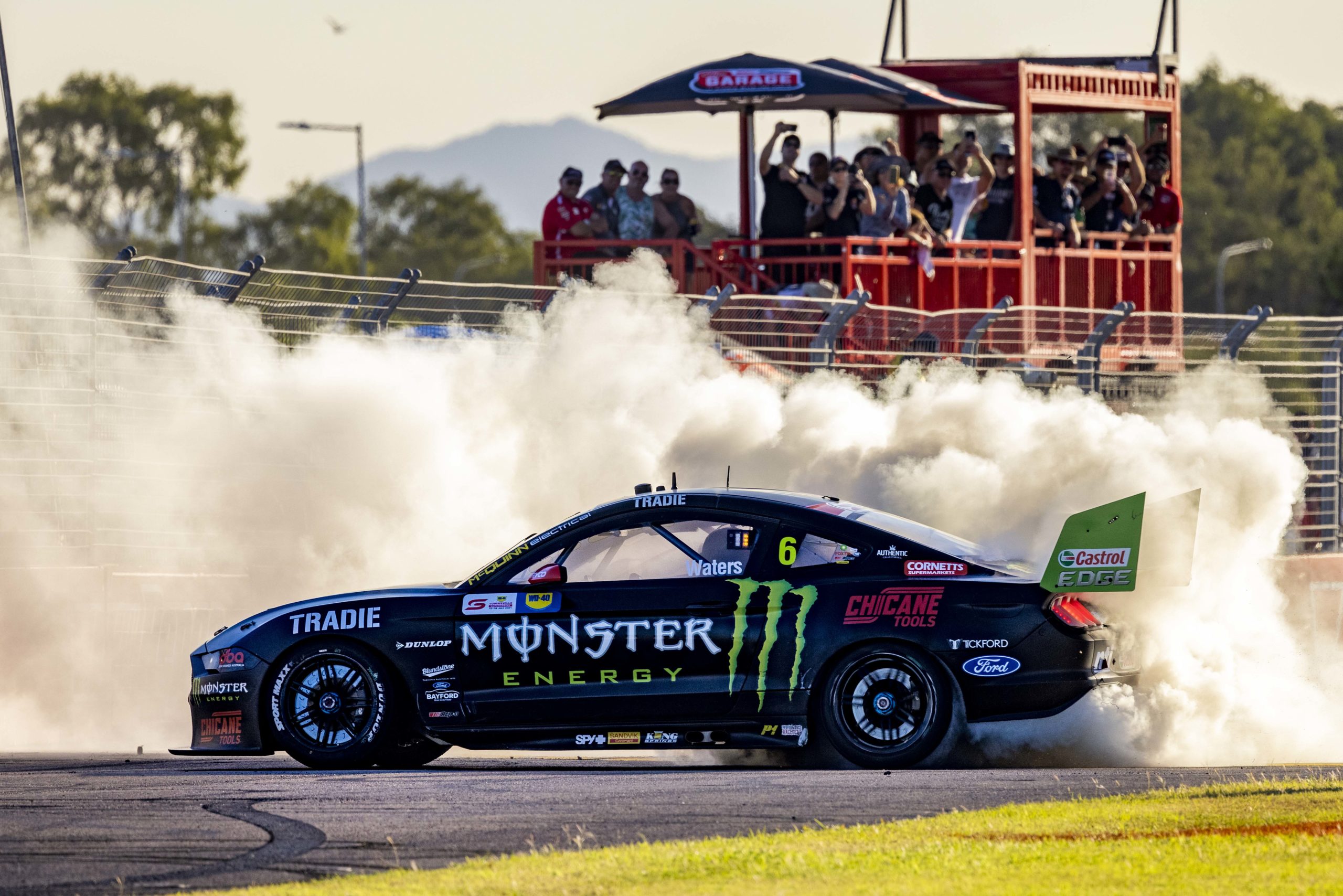 Shane van Gisbergen remains the hot tip to win this year’s Repco Supercars Championship, but Cameron Waters is doing his best to make life difficult for the Red Bull racer.

Look no further than Race 19 for evidence of that as the Monster Energy Racing star pulled off one of the best drives of his Supercars career to date.

Hours earlier it was van Gisbergen putting on defensive moves to stop his team-mate Jamie Whincup from winning Race 18.

Van Gisbergen’s defensive and offensive nous are well known, so when Waters outsmarted the man in the form of his life it caught the Kiwi’s attention, who relished the fight for the lead.

While Waters is still some way off the points leader, 412 points in arrears, he might be the biggest threat to van Gisbergen’s title challenge by the season’s end.

If there was one positive to come out of the COVID-19 pandemic for Supercars, it’s that the SuperSprint format has really shone.

The absence of refuelling coupled with added tyre strategy has increased the intensity of pit stops and their impact on the outcome.

Across all five races of the Townsville double-header there were battles for the lead, but without doubt the SuperSprint format created intensity right to the bottom of the order.

The short, sharp sprints have the edge over the longer fuel drop races according to fans, who have voted almost 60 percent in favour of the short format in the latest Pirtek Poll.

If you were a Townsville Tin Tops fan you might be disappointed to see the local lawnmower racing club taking up valuable TV time.

Without a doubt, the brief segment led by presenter Chad Neylon highlighted what Supercars can do more of on and off the track.

Albeit not all that fast, the lawnmower racing added an out of the ordinary element to the broadcast.

Stadium Super Trucks is evidence on the track that quirky can be cool and Supercars shouldn’t be scared to shake things up.

Now, give me an all-in lawnmower race with the full Supercars field! 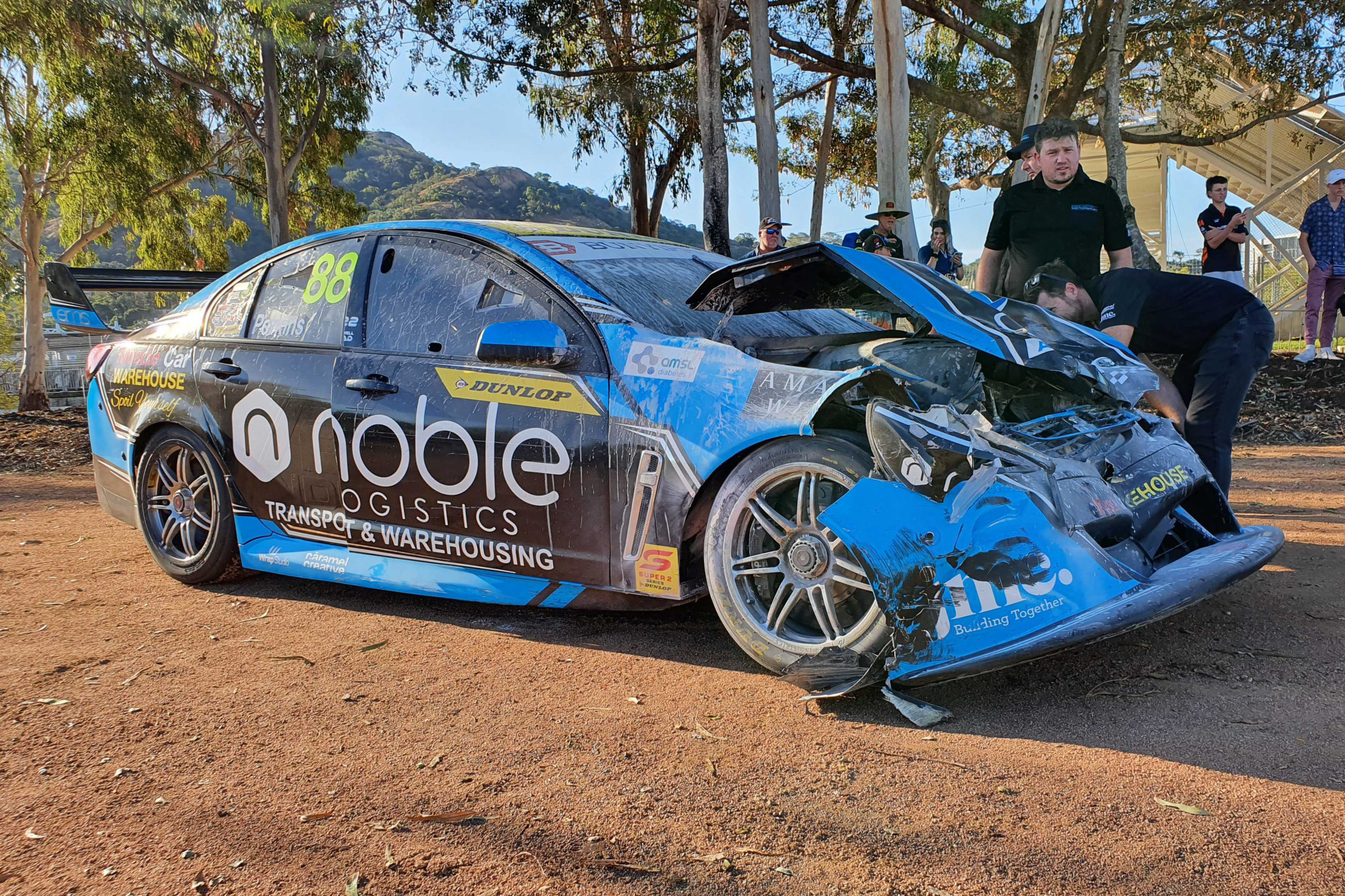 It took too long from the time Jack Perkins crashed and parked up his well alight Holden VF Commodore to being extinguished.

The frantic scenes of Perkins and Eggleston Motorsport team-mate Matthew McLean running around in search of a fire extinguisher were hard to watch.

The team was left understandably frustrated by the response time and lack of nearby extinguishers, eventually waiting for the arrival of a safety vehicle with fire retardants.

Credit must be given to Eggleston Motorsport for turning around Perkins’ car as well as the sister entry of McLean, whose car was also heavily damaged in the crash. 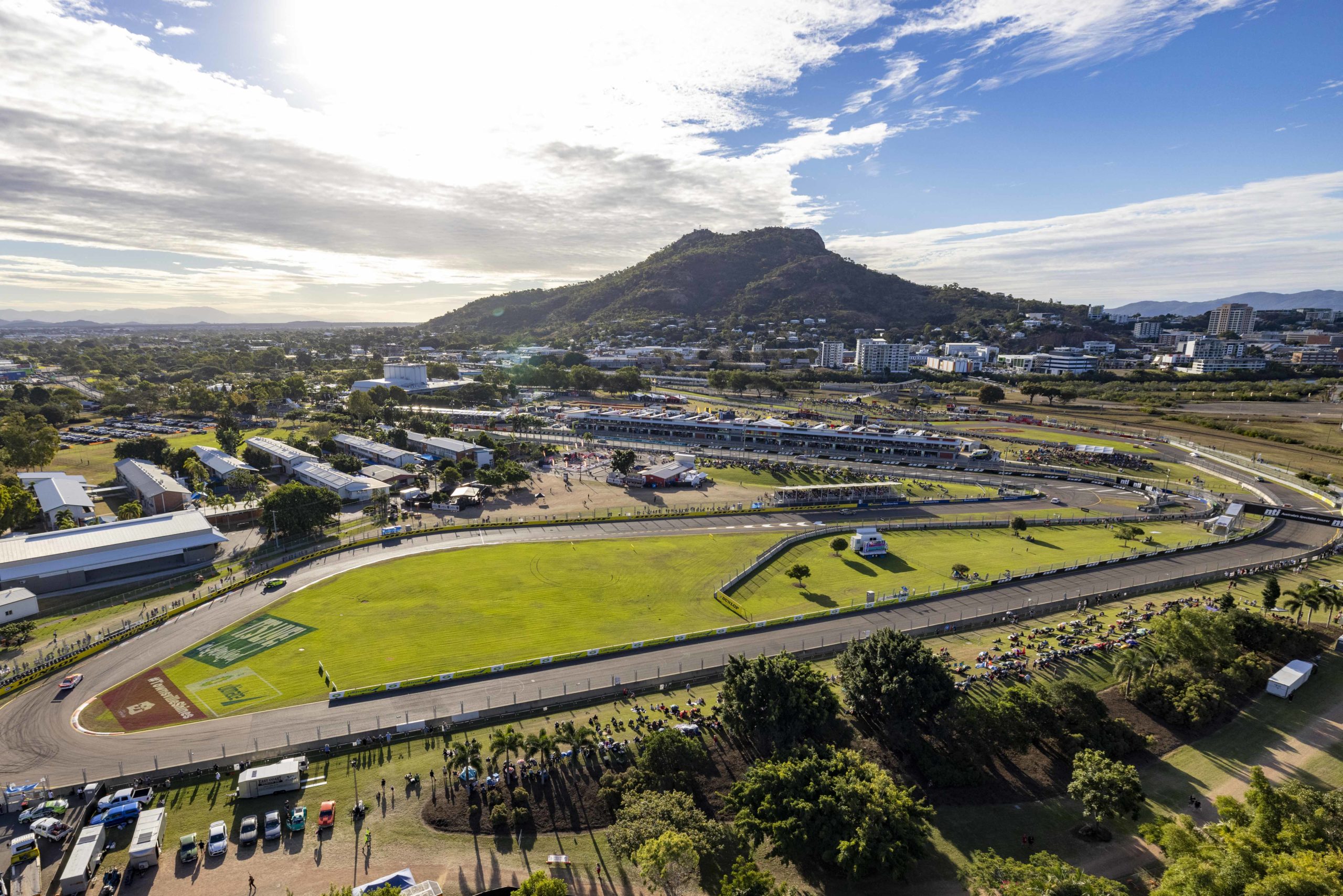 Putting together a last-minute event with very little time to promote it was always going to impact attendance levels at the Townsville SuperSprint.

The turnout was always expected to be down, but it was still disappointing to see very few fans lining the circuit.

Whether the COVID-19 pandemic has turned fans off travelling up from southeast Queensland or otherwise, the event has suffered a significant fall-off in attendance this year.

It must be mentioned that in the two weeks prior to the Townsville 500 the city had a scare with a coronavirus case in the community, plunging it into a lockdown, albeit only briefly. 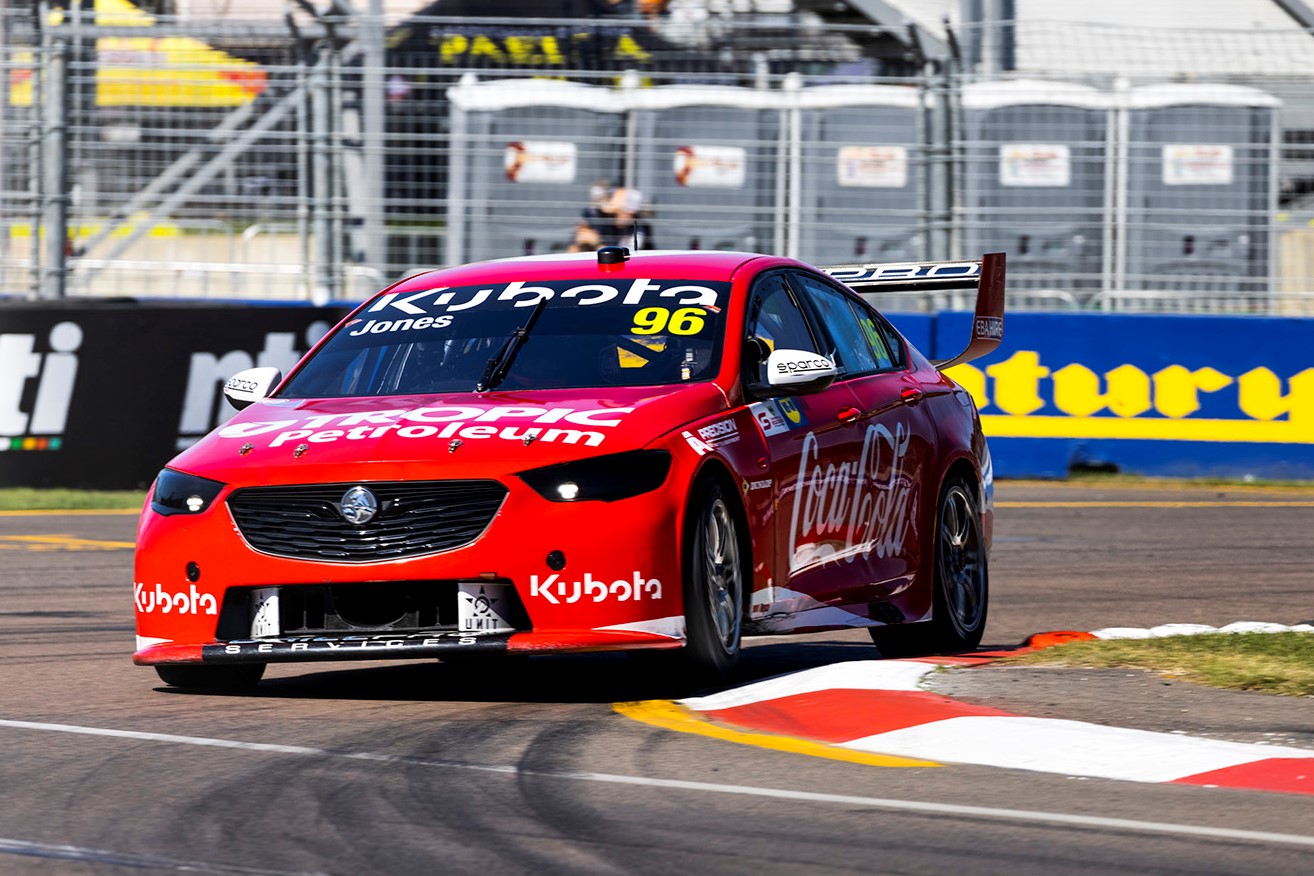 Admittedly, it feels a little bit harsh putting Macauley Jones in this edition of shockers, but three straight DNFs warrants his inclusion this week.

Race 17 saw the Coca-Cola Racing driver spun on Lap 1 at Turn 4, suffering damage that would bring his race to a premature end.

A mistake at the same turn in Race 18 would result in the 26-year-old struggling to grab a gear to get going again. Engine issues would ultimately see his race finish in the pits.

The three black marks on his record for the weekend don’t paint the full picture, however. Jones was speedy, especially in Sunday’s final qualifying where he set the eighth fastest time.

Jones continues to find himself mired in the mud due to up and down qualifying performances.

Nevertheless, the 26-year-old has shown what he’s capable of when it all comes together. He just needs to be consistent. 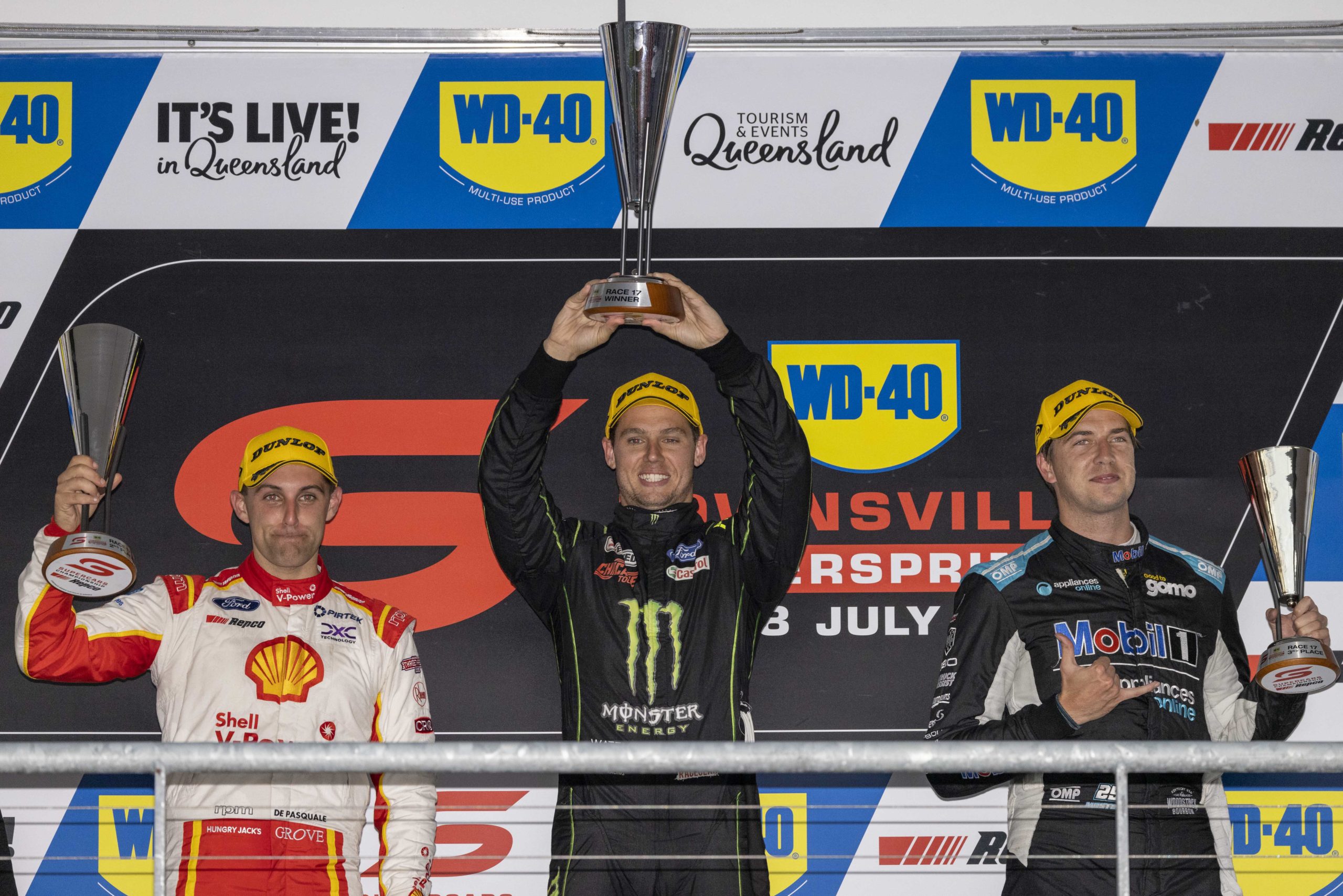 Cameron Waters was back on top of the podium in Townsville

Turnaround at the top

Triple Eight Race Engineering were utterly dominant at the Townsville 500 while Walkinshaw Andretti United and Tickford Racing were left wanting.

So it was a pleasant surprise to see two of Melbourne’s top teams turn their performances around in just a matter of days for the Townsville SuperSprint.

Finding speed going into the five-week break will no doubt be a boost for the morale of both teams. 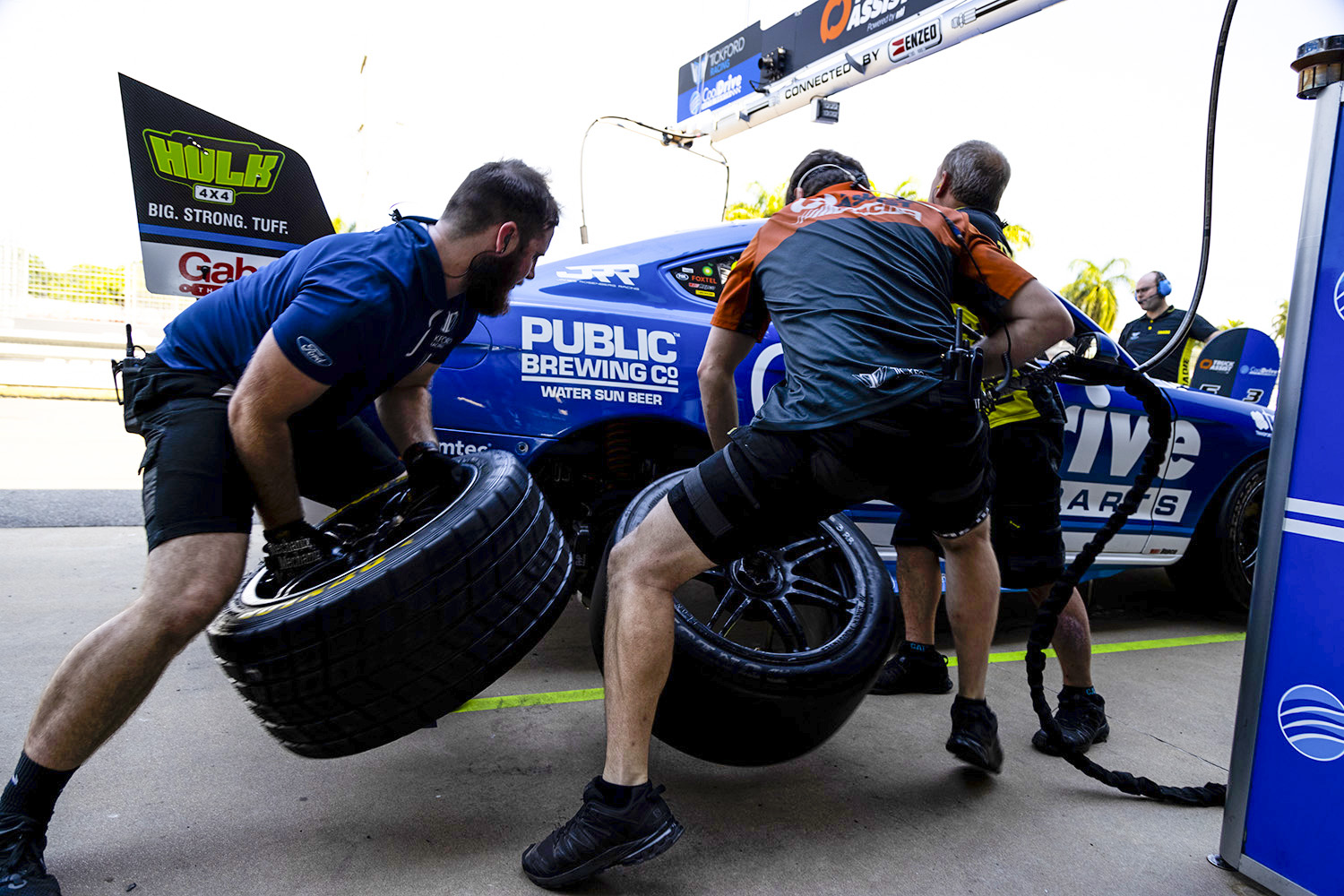 The Blanchard Racing Team were particularly strong on strategy

Perhaps one of the biggest surprises was that of the Blanchard Racing Team and Tim Slade, who in all three races pitted when the Compulsory Pit Stop window opened on Lap 5.

In every instance, it netted the team a sizeable gain. After a sub-par showing in qualifying, Slade would gain 15 places in Race 17 to finish fourth and 12 places in Race 18 to claim 12th.

In Race 19, Slade gained 12 places at the time of the weekend’s sole Safety Car intermission, though he would fall to 22nd due to the bunching of the field and a time penalty.

After Slade’s major gains in Race 17, it was of some surprise that few teams tried to copy the move to pit early in the race as it was evident the move paid dividends for CoolDrive Racing. 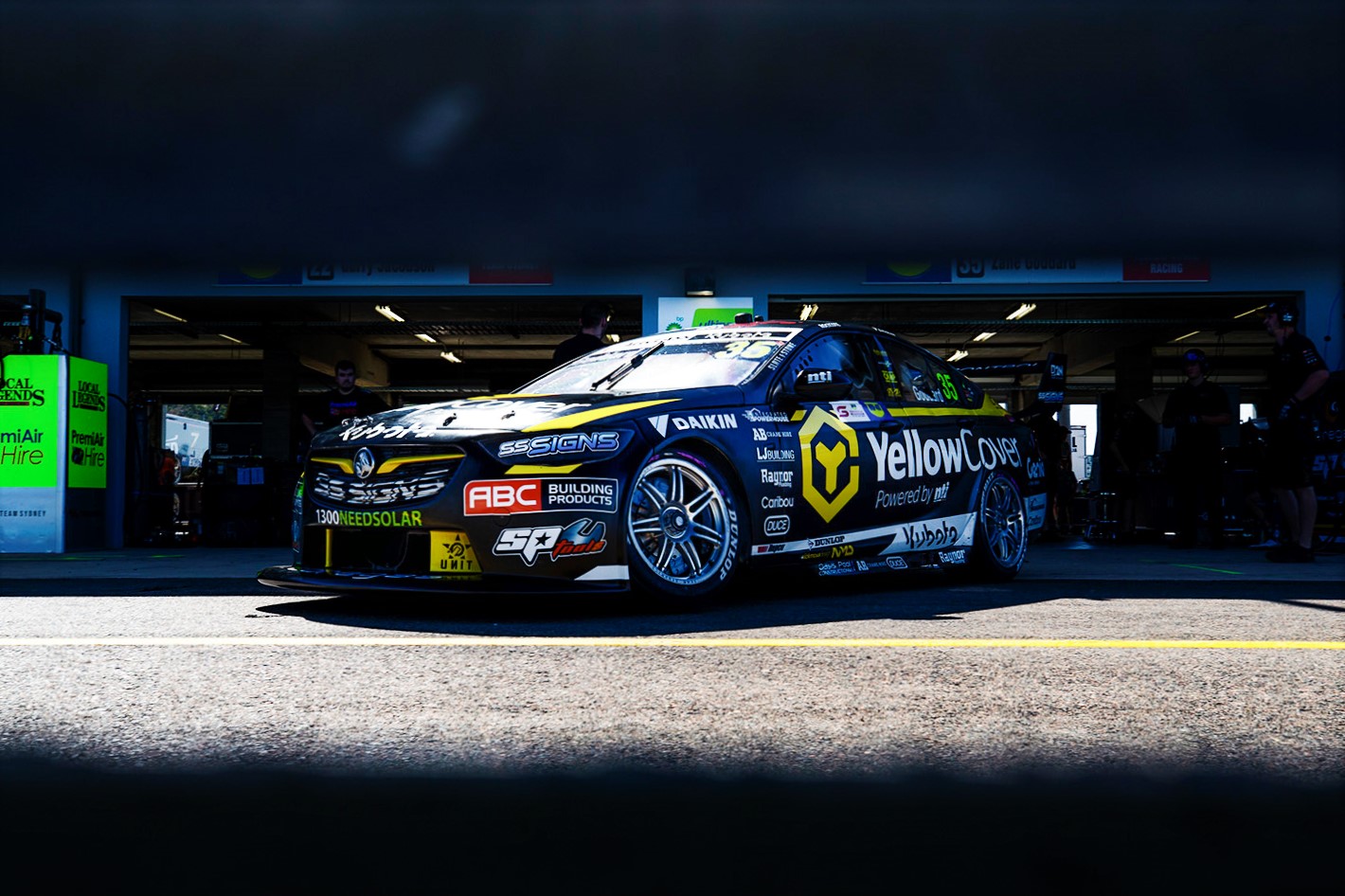 Zane Goddard made the Top 10 Shootout with a spirited effort. Picture: Ross Gibb

Zane Goddard’s strong showing at the Tasmania SuperSprint earlier this year piqued the interest of many in the Supercars paddock.

The Matt Stone Racing driver showed his speed was no fluke, cracking the Top 10 Shootout on Saturday at the Townsville SuperSprint.

While Goddard would crash on his one flying lap, the 21-year-old can’t be faulted for trying.