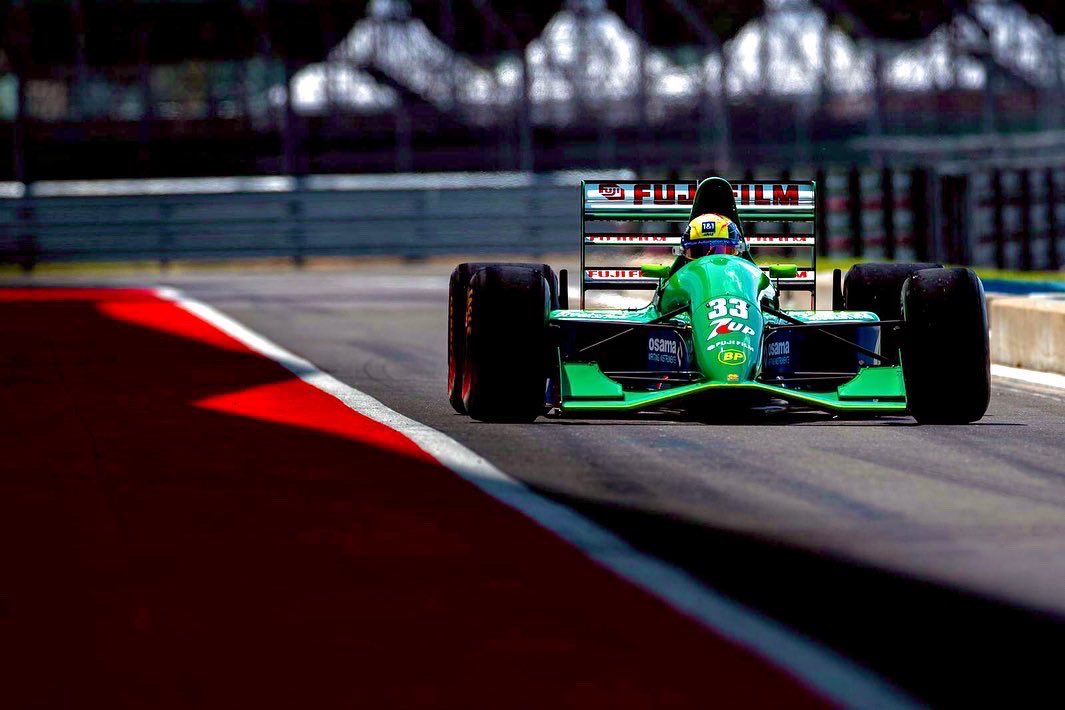 Haas Formula 1 driver Mick Schumacher has taken the wheel of the car in which his father made his F1 debut 30 years ago.

Schumacher climbed into a Jordan 191 at Silverstone on Monday as part of a television shoot with Karun Chandhok and Sky Sports.

Regarded as one of the prettiest F1 cars ever made, the green machine has become an icon of early 1990s F1 – a prominence helped by offering Schumacher Snr his maiden F1 outing.

That came at the 1991 Belgian Grand Prix at Spa-Francorchamps, a venue the German had never raced at.

He qualified seventh, out-classing his experienced team-mate Andreas de Cesaris, only to retire on the opening lap with clutch failure.

That was followed by Mick posting “I’m in my dad’s car.”

Schumacher Snr enjoyed a glittering F1 career, joining Benetton after his single-race stint with Jordan, winning the championship with the Enstone squad (which is today known as Alpine) in 1994 and 1995.

He then joined Ferrari, winning five more titles before the final years of his career were spent with Mercedes.