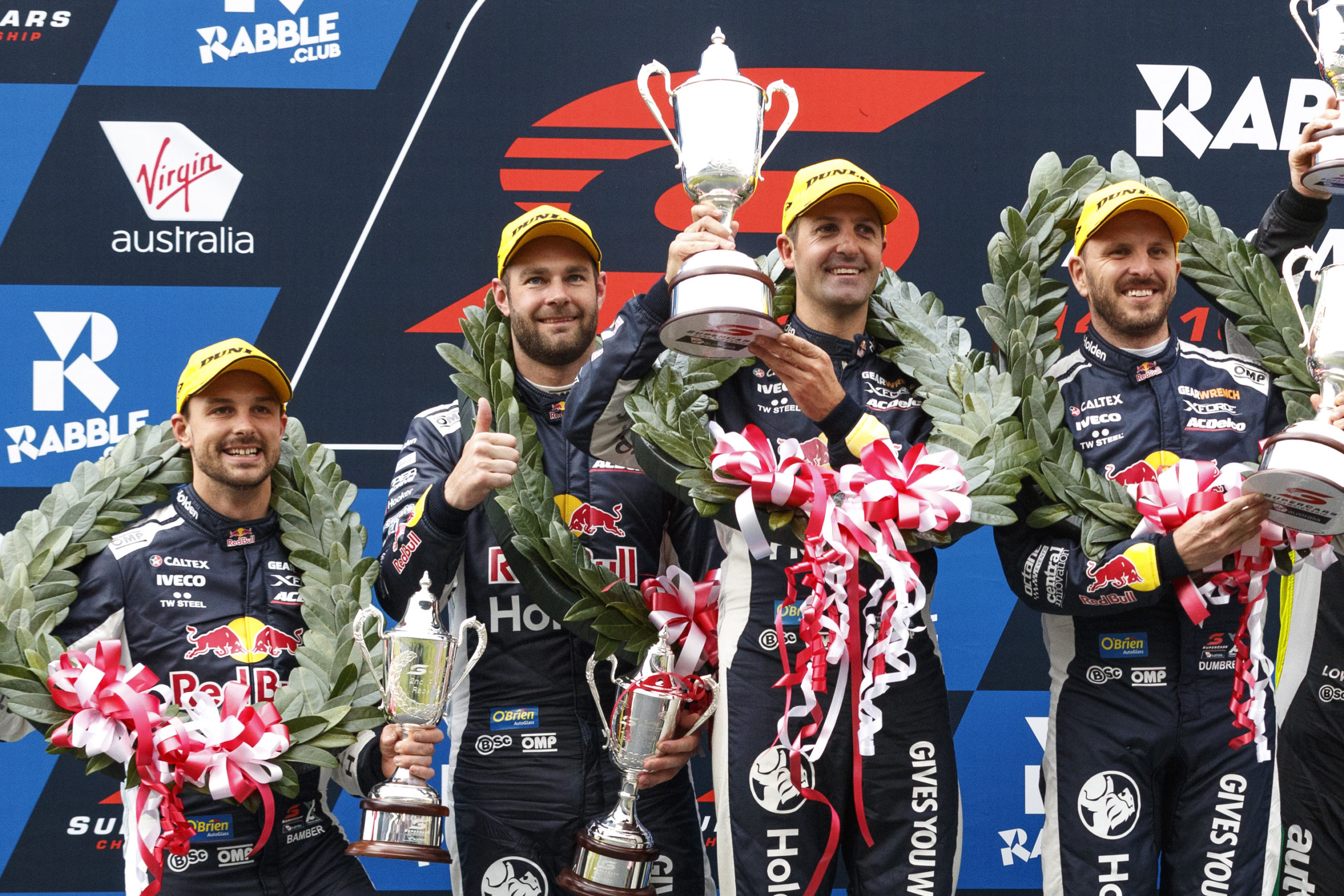 Whincup will step down from full-time driving duties at the end of this year, taking over the role of team principal at Triple Eight Race Engineering from incumbent boss Roland Dane.

Whincup, Dane and Shane van Gisbergen have all dropped hints as to who may drive for the team.

Both Whincup and Dane have suggested Triple Eight has begun to whittle down its shortlist to just a handful of drivers, with teen sensation Broc Feeney considered the favourite.

However, just last week Whincup indicated the Banyo-based outfit isn’t ruling out drafting in an international driver, only further fuelling speculation of one driver in particular.

A name that continues to pop up is that of former factory Porsche driver and two-time 24 Hours of Le Mans winner Earl Bamber.

Bamber has several links to Triple Eight Race Engineering, having driven alongside van Gisbergen in the 2018 Pirtek Enduro Cup, placing fifth in that year’s Bathurst 1000.

Later this year, Bamber will return Down Under to contest his second Bathurst 1000, this time with Kelly Grove Racing’s Andre Heimgartner.

Despite having just four Supercars starts to his name, one of which was a second-place finish alongside van Gisbergen in the 2018 Sandown 500, Murphy believes Bamber should be considered.

“The Earl Bamber scenario, well, Earl, the times he has jumped in a Supercar was incredibly impressive,” Murphy said, speaking on the Repco Supercars Weekly podcast.

“He’s a worldly, very experienced race car driver that you know is going to get in and be ahead of the game, more than most drivers would be for someone who hasn’t done a lot of Supercar racing.

“He’s just one of those X-factor kinda guys, so that might be a better bet [than Broc Feeney].” 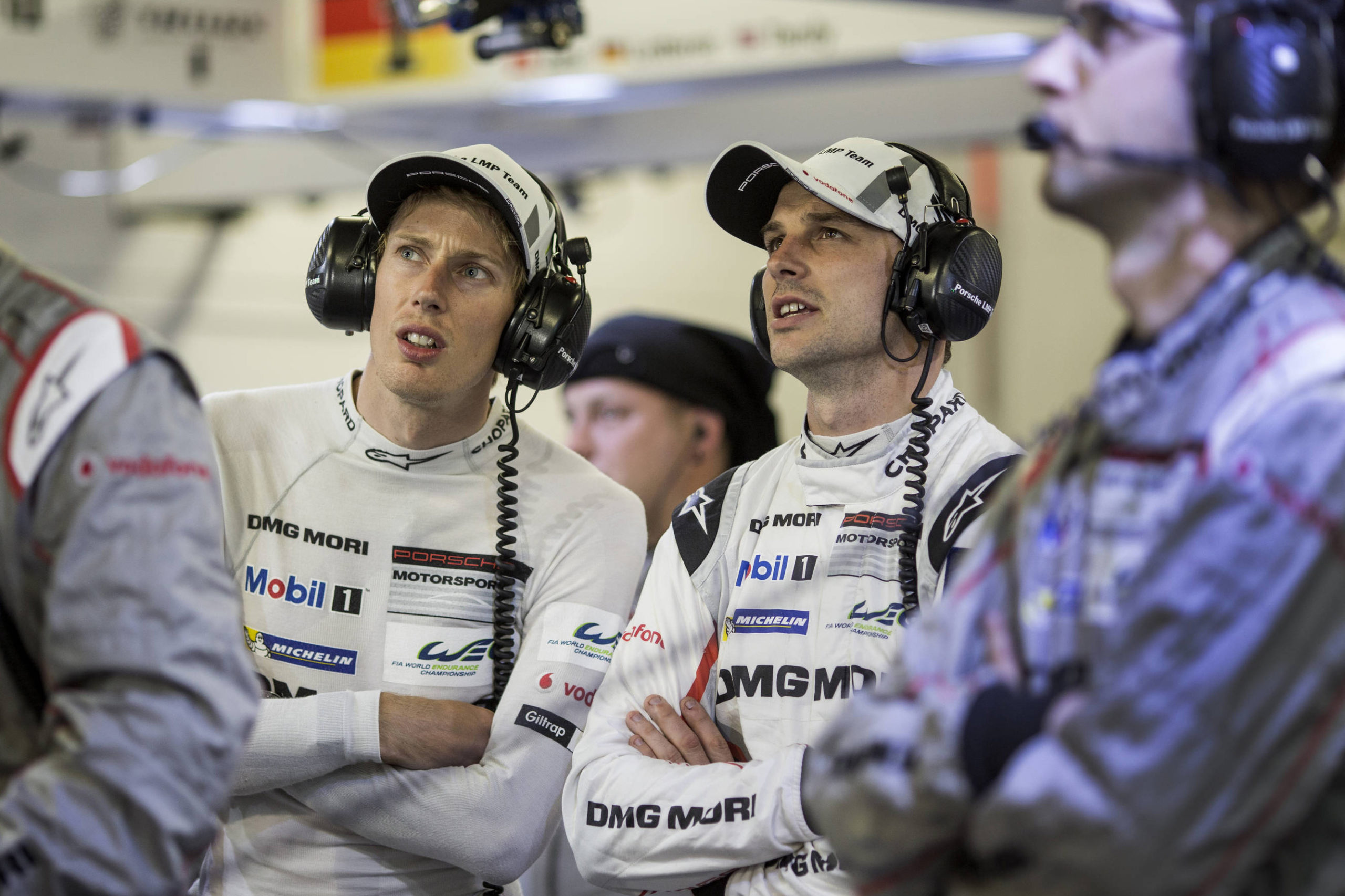 Super2 Series leader Feeney, though, remains the hot tip among many in the Supercars paddock.

The 18-year-old is racing under the Triple Eight Race Engineering banner with backing from Red Bull and carries the iconic #888 aboard his Holden VF Commodore.

He’ll also feature at this year’s Bathurst 1000 in a Triple Eight-run wildcard alongside Russell Ingall.

However, some have suggested his inexperience at championship level may be a stumbling block to make the step up to the General Motors homologation team.

Feeney has just one start in the Supercars Championship to his name at last year’s Bathurst 1000 alongside James Courtney at Tickford Racing, the duo combining for 10th.

“Is Shane van Gisbergen going to have what he had on the weekend with team-mate Jamie Whincup with Broc Feeney as that person? No, you’re not going to have that first year,” Murphy explained.

“Is it going to happen second year? Maybe not. We know [it] takes a long time for drivers to find that groove and become subliminal with the Supercar and all the circuits, and turn up at every race track and be on the game.

“Broc is clearly a future star, but it must be a very difficult decision to have to go down that path and throw him into the hornet’s nest there and to have to deal with all of these massive situations with a limited amount of experience.

“Clearly he’s got the skills, so it’s a real challenge.”

Murphy also made mention of his Bathurst 1000 co-driver Richie Stanaway, who has been out of the championship since the end of 2019 when he retired from full-time driving.

Stanaway is two years Bamber’s junior and has the added benefit of nearly two full seasons in the championship under his belt.

The 29-year-old notably stormed onto the scene in 2017, winning the Sandown 500 alongside Tickford Racing’s Cameron Waters.