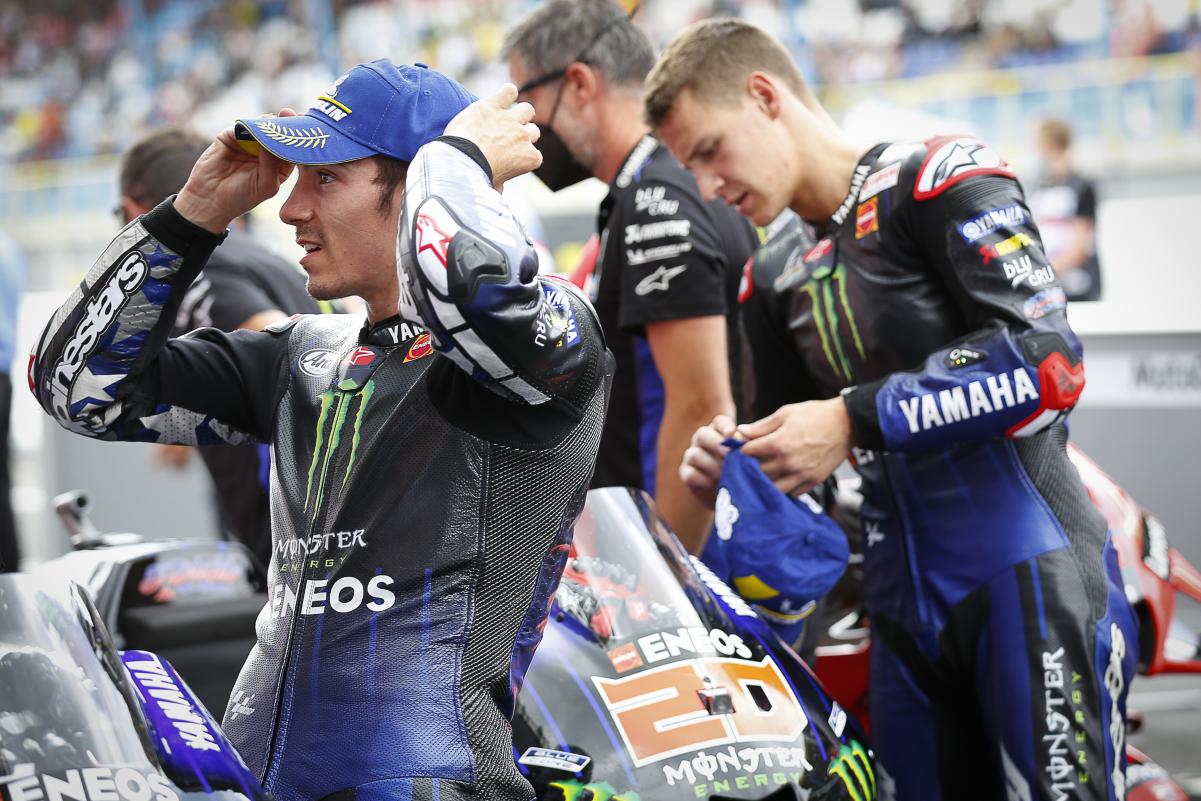 The latter leads the MotoGP championship at the time of the 2021 summer break with 156 points and four wins along the way, in his first season at the factory Monster Energy Yamaha team.

Viñales had led the championship after victory in Round 1 but has slipped to sixth, 61 points behind Quartararo, with just one other podium to his name and a nadir of 19th, the last classified finisher, at the Sachsenring.

The Spaniard will leave Yamaha at the end of the current season after being granted a release from his two-year contract, a development which came, ironically, on the weekend of that other podium, last time out at Assen.

According to Viñales, he and the Iwata marque have parted ways because neither could adapt to the other.

Lorenzo, who won all three of his MotoGP world championship titles with Yamaha, thinks the performance of Quartararo “weighed” on him.

“Maverick gave everything to win with Yamaha, but for one reason or another he did not succeed,” Lorenzo told Italian outlet GPOne.com.

“For sure, having a team-mate like Quartararo, who on average is ahead of him, is not easy to manage from a psychological point of view and I think it weighed a lot for him.

“He certainly thinks he is a rider capable of winning the championship and he has tried for many years with Yamaha.

“He failed for some reason and now he wants to try another path and he’s right to do that.

“I did it too in the past and I wish him all the best.”

Viñales has been linked to Aprilia, although he maintains that he has no deal for 2022 and has suggested that would remain the case at least until the end of the ongoing summer break.

Jorge Lorenzo, who was Yamaha’s European-based tester last year, had similarly been spoken of a possibility for a ride on an RS-GP in 2021, although Lorenzo Savadori ultimately held onto the seat.

The three-time premier class champion says he was interested more so in continuing as a test rider, and that the two parties could not agree on finances.

“I was in contact with [Massimo] Rivola [Aprilia Racing CEO], who has been my friend since he was in Ferrari,” explained Lorenzo.

“We talked about it; in the first approach, they offered me to go to them to race, while I wanted to try to do it as a test rider.

“We had negotiations to try to achieve this collaboration, but they didn’t want to invest so much to have a champion like me as a test rider.

“For sure, I would have cost more than other riders who haven’t won that much, so we didn’t find an agreement.”

Andrea Dovizioso is also in the frame for an Aprilia grand prix rider next year, having entered into a formal testing agreement in recent months.

Another racer-turned-test rider, Dani Pedrosa, will make his return to the grid next month when he rides for KTM as a wildcard in the Michelin Grand Prix of Styria.

That round, which marks the end of the summer break, takes place at the Red Bull Ring on August 6-8.