Supercars sale shortlist: Who’s in and who’s out

Supercars sale shortlist: Who’s in and who’s out 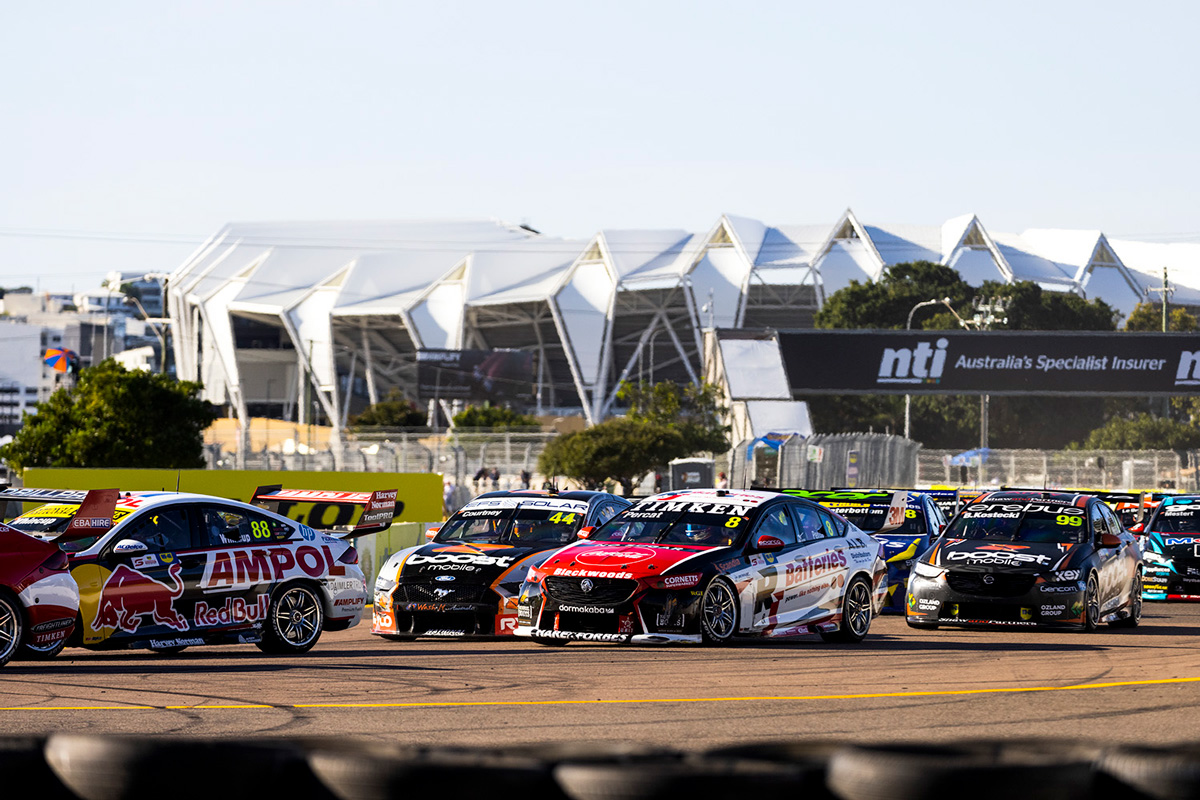 Action from Race 19 of the Repco Supercars Championship at Townsville. Picture: Ross Gibb

Archer Capital is pushing to sell its majority share in Supercars prior to the category’s annual showpiece event, the Repco Bathurst 1000 in October.

All indications are pointing towards a transaction occurring in the next couple of months, as those vying to become Supercars’ next owner get deeper into the process.

Having been due to submit opening bids by July 7, Speedcafe.com understands at least three contenders have progressed to the next phase.

One group – the identity of which is not clear – is believed to have upped the ante with a particularly attractive bid from a financial standpoint.

Discounting mystery surrounding the above detail, the high-profile partnership between Mark Skaife and TLA Worldwide/TGI Sport is firming as a favourite to get the nod.

Skaife/TLA/TGI shape as a strong option given the resources and expertise the partnership would bring; TLA boss Craig Kelly also possessing a deep knowledge of Supercars as a former CEO of the Holden Racing Team.

Flying under the radar, the Australian Racing Group similarly remains in the frame, boasting an ever-growing track record of delivering motorsport in the country through its series led by Supercheap Auto TCR Australia.

The third contender to have progressed is an international entity.

It is understood to be major sports promoter IMG, which holds UFC among its properties. IMG was in fact a foundation shareholder in Supercars itself.

Speedcafe.com has learnt The Bend has missed the cut, just days after its bid was publicly revealed.

The elephant in the room is where the consortium seemingly most popular among fans stands – that being the bid involving Paul Morris, Peter Adderton, Pete Smith, Mick Doohan and Alan Gow.

Contrary to reports, they are not totally out of the running, although there is a little more uncertainty attached to their chances.

It’s believed the five-strong consortium’s proposal to restructure the ownership arrangement has thrown a curveball of sorts.

They want to not only buy out Archer’s share, but also the 35 percent owned by the teams that make up the Supercars grid, with Adderton earlier this year actually voicing the need to do so.

A restructuring would see the consortium buy at a lower price per percent – effectively meaning less cash for departing Archer – but reroute the revenue model to ensure teams are better funded in an ongoing capacity moving forward.

Whether a reduced outright price would be considered, or whether the consortium is willing to look at alternative plans, is critical for whether they stay in the hunt.

The situation does align with a recent Speedcafe.com report that exposed a divide in what the championship’s two key shareholders could want: Archer eyeing the biggest possible payday on its way out, as opposed to ongoing benefits potentially holding sway with teams – that is, if they are willing to give up their collective stake.

What is known, from multiple industry sources, is the fact that a sale in the vicinity of September this year is desired as the figureheads behind Archer look to close the private equity firm as long planned.

Archer bought its share in 2011 and has engaged Tim Miles of Miles Advisory Partners to facilitate a sale.