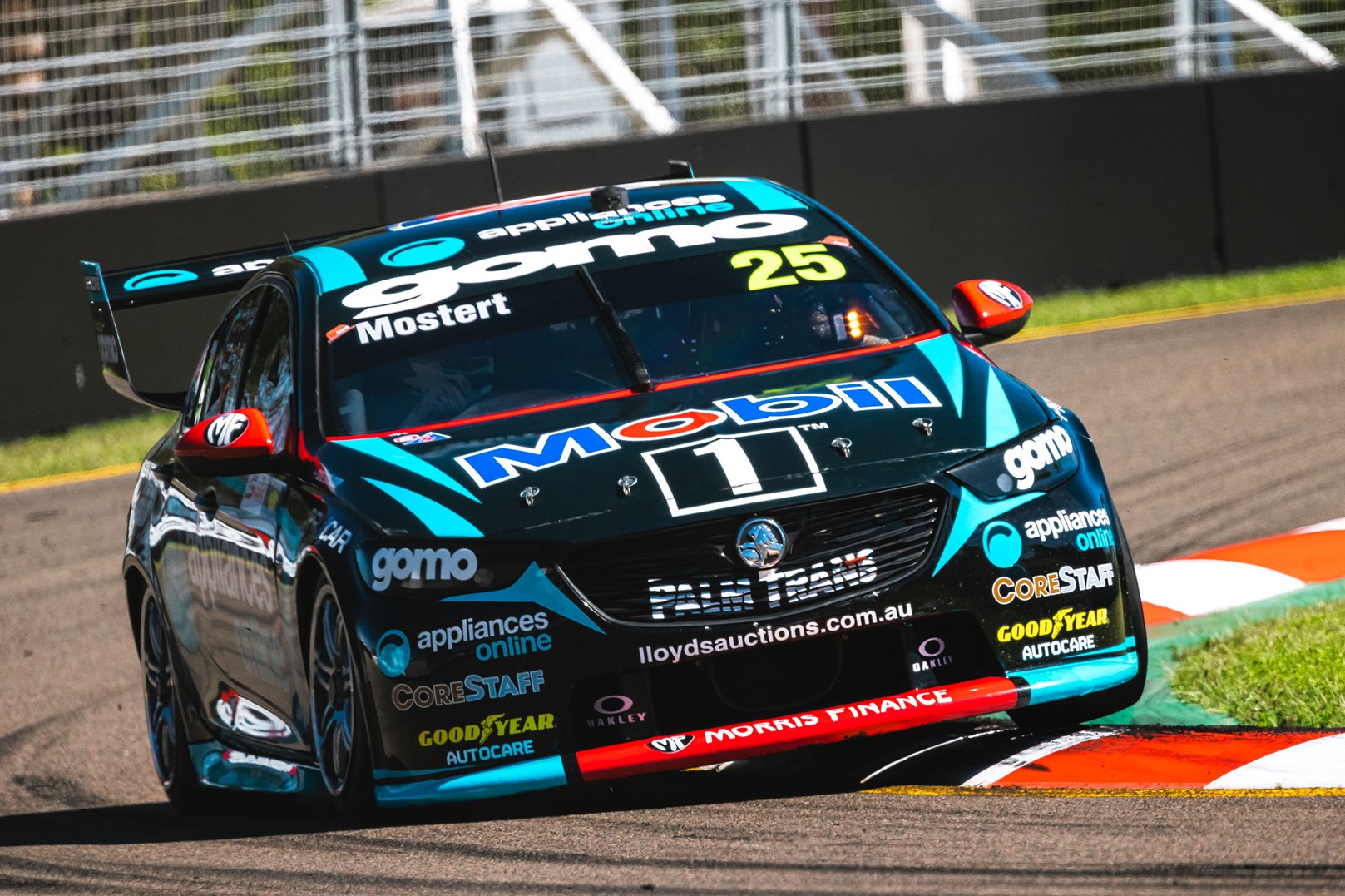 After claiming back-to-back podiums, Chaz Mostert was relieved to survive a tough comeback drive from 23rd to ninth to close out the Townsville SuperSprint.

A slow getaway would drop him down the order behind team-mate Bryce Fullwood, who would get the right of way to pit first when the Safety Car was deployed on Lap 18.

The subsequent double-stack would drop the 2014 Bathurst 1000 winner down the order to last on the road.

Although shod with four fresh tyres, Mostert’s tyre advantage was dampened by the hot air at the back of the pack.

“It was obviously not great to be that far back in the first place,” Mostert told Speedcafe.com.

“I had a pretty shocking start on my half, something that I need to tune up for the next weekend. I shouldn’t have started 12th anyway. We showed we can race in that top five if we start up there but quali position let us down.

“We got the double-stack there and got unlucky with the Safety Car. We haven’t had many Safety Cars at all and then all of a sudden you get one when you’re in the most amount of danger for a double-stack, that put us back a bit more.

“We saved tyres all weekend, we had a good car on two tyres, so we were able to chuck four at it, but that’s really the difference.

“It’s still tough. Cars still get extremely hot behind others, so your tyre advantage is not as big as it should be. It’s a hard slog.”

Mostert would hustle his way through the field to ninth by the chequered flag, his car sporting bruises from an intense fight throughout the closing stages.

“I mean from a contact point of view. There’s a lot more argy-bargy back there than actually good racing, so it’s tough.”

Two podiums marked a turnaround for Mostert after a tough opening account at the Reid Park Street Circuit, which saw him claim finishes of 14th and ninth at the Townsville 500.

That saw him drop to fifth in the drivers’ championship, though his back-to-back podium performances have seen him climb back to fourth.

Shane van Gisbergen still leads the championship on 1926 points with team-mate Jamie Whincup 276 points in arrears in second, Waters third and 412 adrift, and Mostert 420 off the lead.

“Obviously we had a better weekend this weekend than the last,” said Mostert.

“I think that’s the most proud part to take away from it. We just went back to focusing on what we can do and trying not to do what we can’t do at the moment.

“A lot of data from these two weeks. We’ve got a good gap to go through it. No doubt we’ll go back to the drawing board and come back faster.

“We’re still around that top five pace week in, week out. We weren’t there last weekend, but this weekend we showed it. We’ll just keep working on our negatives.

“I’m looking forward to these next few weeks break. I’m pretty keen to get back into a bit of training at home. Just focus forward.”

The Repco Supercars Championship is scheduled to return on August 21-22 at Queensland Raceway.