With the completion of the Townsville SuperSprint bringing Supercars to its mid-season break, Anton De Pasquale takes the chance to look back on his year-to-date with the Shell V-Power Racing Team in the latest edition of his exclusive column, The Distiller, presented by Dasher + Fisher.

So, with another Townsville round in the bank and the mid-season break officially underway, I guess now is a good time for some reflecting.

Obviously it was an amazing opportunity to join the Shell V-Power Racing Team and one that I’m massively grateful for.

It’s not been without challenges but we’re learning and improving the deeper we get into the year.

From Tassie onwards, we’ve been able to compete for podiums at pretty much every race – it’s a cool feeling turning up to the track knowing that you’ll be in the hunt if you put it all together.

The second Townsville was another good example of that.

At the 500 the previous weekend, we had really good tyre life and that sort of stuff, but were just lacking some pace.

Coming back for the SuperSprint event, we threw a fair bit at the car and took a big step forward in one-lap pace… but when you do that, it generally comes at a cost, and it did make for a slightly worse package in race trim.

Given how far Triple Eight were ahead at the 500, it’s hard to know if they took a step back or if it really was us, Tickford and WAU taking not one but two or three steps forward.

Either way, we were definitely faster.

Saturday we got pole, Sunday we had a messy run in the first quali session and didn’t get our lap in, but then we were back to third straightaway.

To finish the races second, eighth and fifth gave us another good chunk of points which is always nice.

Racing on back-to-back weekends at the same track with different circuits was interesting. Personally I liked doing a couple of 250km races with a quali and shootout, but there was definitely was tough racing in the SuperSprint.

It’s a good thing to keep mixing it up, to keep us drivers and teams on our toes and keep the fans interested. 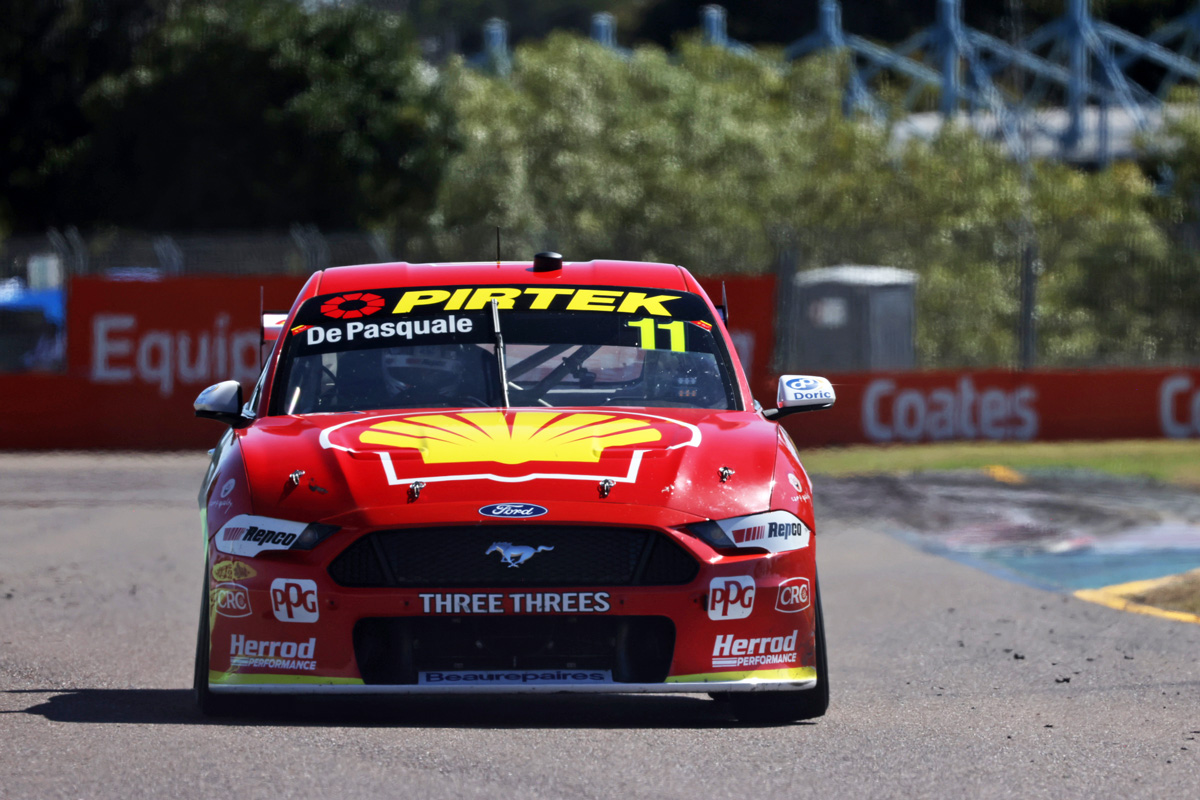 It was a nice learning experience for us as well, being the first double-header for Will and I since we joined the team this year.

You always finish a weekend and go ‘I would have loved to do this, and we could have done this, and we needed that’… so we got to actually put that to the test and see how it played out.

Looking ahead, I still think there’s definitely more to come from us.

It sounds like our next race will be at QR, so it will be cool to go back there for the first time in a couple of years (apart from our test days out there).

From what I remember, even racing Formula Ford and stuff there, it’s always been a good event.

Obviously the track looks pretty basic on paper but the racing is usually pretty good. You usually get a fair bit of deg there which creates even better racing and the fans always turn up.

COVID-allowing, I’m hoping the turnout is really good and that we can have another strong event.

Can’t wait – catch you guys then!