By Tim Edwards’ own admission, his Tickford team was trounced at the Townsville 500, none of its three Mustangs cracking the top five in either qualifying or race mode.

Just one week later, and after plenty of soul searching, the team enjoyed a far more successful SuperSprint event at the same track as Cameron Waters took a pair of race wins.

Courtney, who was solid if not as spectacular as his Monster Energy-backed team-mate, explained how the Campbellfield outfit made such gains.

“There was a little bit of analysing, like a lot from Cam and I talking about following the Triple Eight cars, the attitude of those guys, the car attitude, the body control,” Courtney said on Supercars Trackside.

“That and then also the Penske [Dick Johnson Racing] thing, and trying to work out as a group what they were actually doing to achieve that sort of stuff.

“So yeah, the guys probably thought Cam and I were a little bit mad with what we were trying to explain but obviously it worked… it was just about looking at the car attitude in those guys and trying to change [ours].

“We can feel what’s happening with the car but to try and copy what they were doing – because obviously the thing was quite speedy – and to have a bit of a swing at it and get a result was great for the team.

“Even Zak [Best of Tickford] in the Super2 managed to get on top of Broc [Feeney of Triple Eight] which was awesome, so as a team, really positive result.” 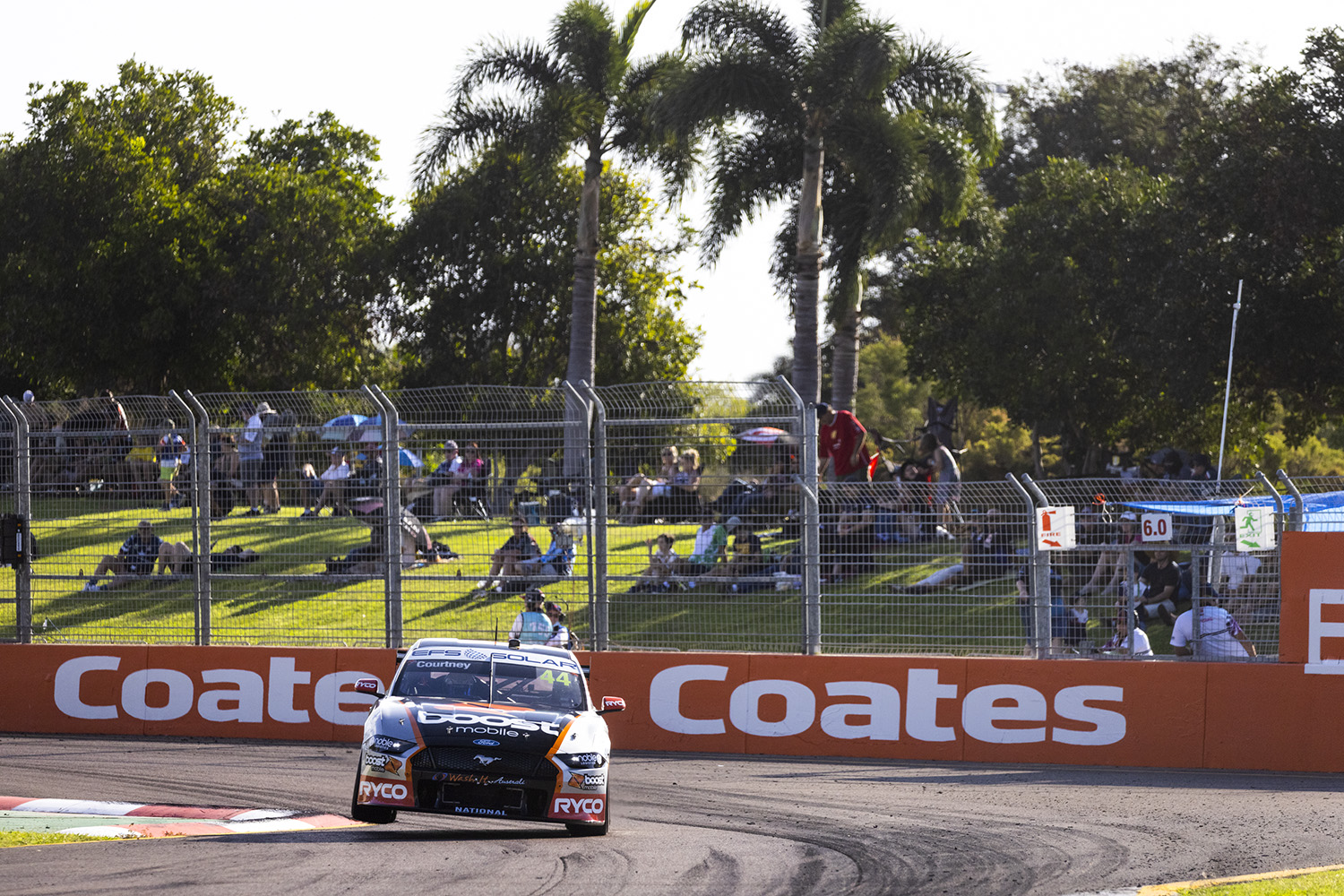 Courtney has openly spoken of how his approach to racing has changed since joining Tickford mid-last year, laughing that he wouldn’t have taken such joy at a team-mate’s results when he and Garth Tander raced together from 2011 to 2016 at what was then known as the Holden Racing Team.

“As for us [Waters and Courtney] and what we want out of the car, it’s awesome because we are both wanting the same thing,” said Courtney, who turned 41 last month.

“We’re both talking and saying the same sort of stuff, we’re both commenting about the same sort of things when we were following the other cars so I think it has been really good. I’m really enjoying working with him.

“It’s interesting to be working with such a young team-mate because I’ve had older team-mates.

“And also I’m at the point in my career where – you want results and you want the best for your sponsors and all that sort of stuff, I’m still massively passionate about it and want to win everything – but you can be happy when someone else wins.

“I pretended I was happy when Garth would win!

“Now it’s actually genuine, I’m actually happy for Cam and to have played my little part in that is awesome.”

Courtney is ninth in the 2021 championship, six spots behind Waters and nine ahead of fellow Tickford driver Jack Le Brocq.

COVID permitting, Queensland Raceway will host Round 8 of the Repco Supercars Championship on August 21-22.