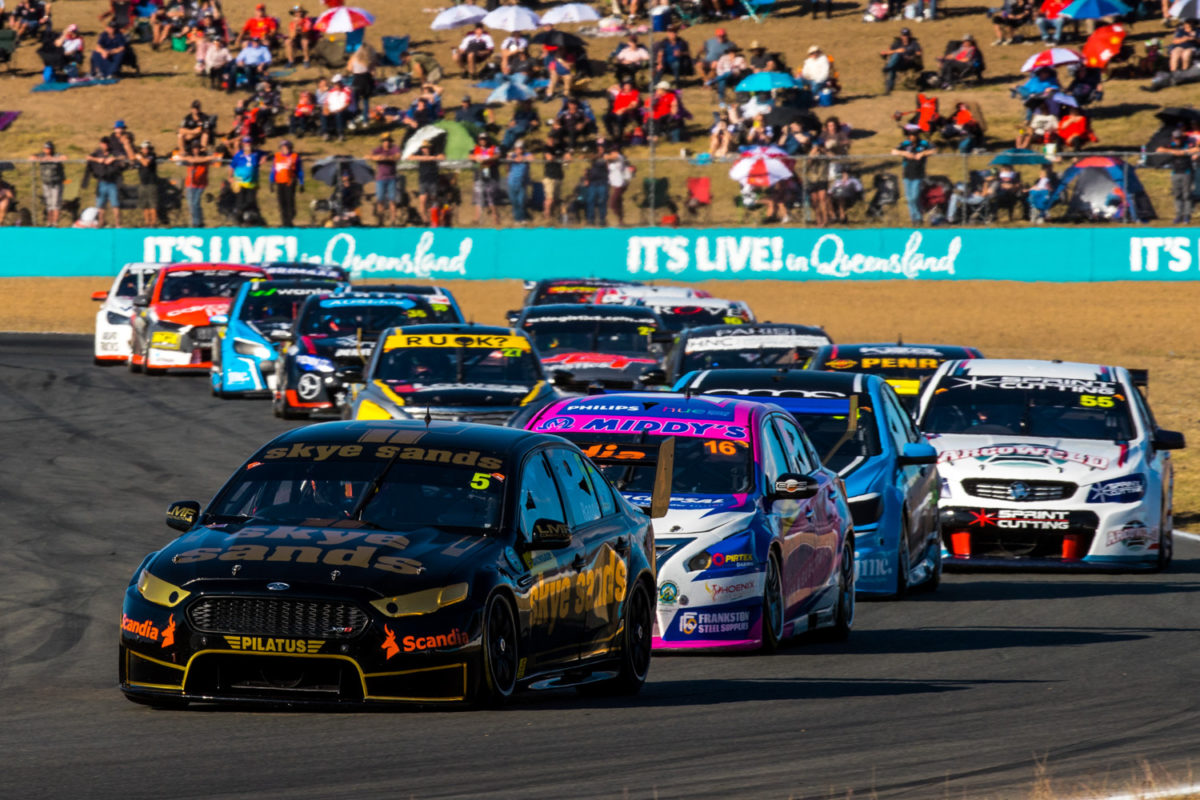 Super2 at Queensland Raceway in 2019

The Dunlop Super2 Series is in the frame to support the Repco Supercars Championship’s recently added Ipswich event.

The top tier is set to be in action at Queensland Raceway on August 21-22, the weekend on which the now postponed Beaurepaires Sydney SuperNight was to have unfolded.

Sydney Motorsport Park was bumped from its original slot on the calendar following the city’s COVID-19 outbreak and ensuing lockdown, which has made a crowd at the venue infeasible and led to complications regarding borders.

It is understood that borders are also a consideration for whether or not Super2 will join the Championship at ‘The Paperclip’ next month.

As it stands, Queensland is closed to Victoria and Greater Sydney (plus neighbouring local government areas), such are the Sunshine State’s hotspot declarations.

However, there is also speculation that regional New South Wales will be added to the list of hotspots due to a service station at Chinderah, on the Pacific Highway just kilometres south of the Queensland border, becoming an exposure site in recent days.

Jayden Ojeda (MW Motorsport) is the only driver in either of the top two tiers of Supercars based in Sydney, and he spoke of “the possibility of the QR round there in August” during yesterday’s post-round press conference.

The latter contested the Townsville rounds but another half-dozen of his class rivals across multiple states missed both, predominantly due to border hitches.

Josh Fife (MW Motorsport) divides his time between his native Canberra and the Gold Coast, meaning he is clear for now, although it should be noted that the Australian Capital Territory is sometimes effectively lumped into regional NSW as far as Queensland’s border restrictions are concerned.

There have thus far been three rounds of Super2 (including Super3) in 2021, as would have been the case at this point of the year per the original, six-round calendar.

That is because, while the Winton SuperSprint has also been postponed indefinitely, the second Townsville event was an addition to the tour.

Super2 was to have been at the Sydney SuperNight, and is set to support October’s Repco Bathurst 1000 and December’s Boost Mobile Gold Coast 500.

Triple Eight Race Engineering’s Broc Feeney leads the series with four wins out of six, while Best is 51 points back in second after his breakthrough victory at the Reid Park Street Circuit.

Super2, like the Supercars Championship, last raced at Queensland Raceway in 2019.