Ricciardo: Still work to do despite season-best finish

Ricciardo: Still work to do despite season-best finish 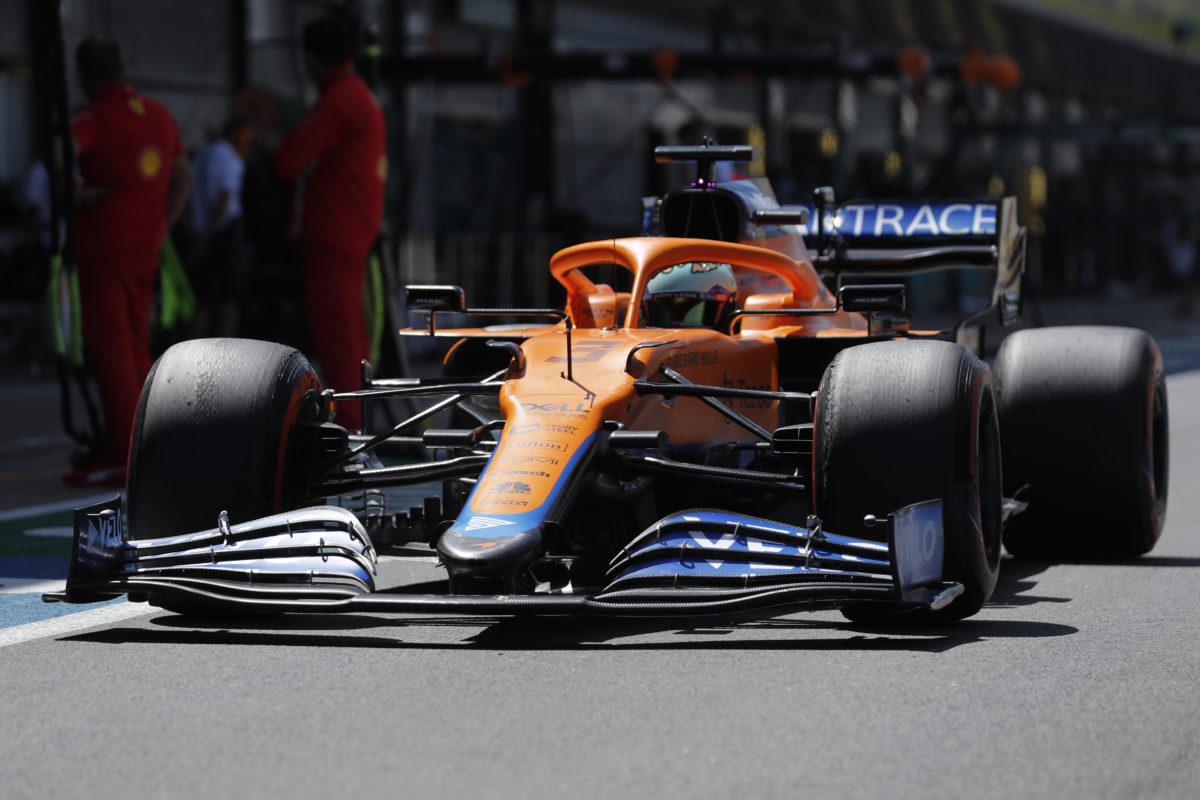 Daniel Ricciardo was happy to keep Carlos Sainz at bay in the second half of the Formula 1 British Grand Prix to record a fifth placed finish at the chequered flag.

The result marked his best result of the 2021 season, bettering two sixth placed results at the Emilia Romagna and Spanish Grands Prix.

It followed on from an improved showing in Qualifying, when he all but matched Lando Norris, the pair then locking out the third row for McLaren in Sprint Qualifying.

In Sunday’s race, he progressed one spot, courtesy of Max Verstappen’s opening lap retirement, but was forced into a rear-guard action as he battled with Sainz in the back half of the 52-lap encounter.

“From a team point of view, it was a good day, with both cars in the top five,” Ricciardo said.

“It’s the first time this year that I’ve had a top five, so I’ll take some positives from that – definitely a good day.

“I did struggle with outright pace,” he added.

“There were parts of the race where I felt I couldn’t do that much more, so I’ve still got areas to work on with myself, and getting the car more to my liking, but nonetheless it was good to hold off Carlos.

“He was a lot quicker! He caught me extremely quickly and I knew that if I was mistake-free, I’d have half-a-chance.

“From that point of view, I’m super happy to end up fifth.”

With Norris fourth, McLaren banked 22 points over the British Grand Prix, damage limitation as Ferrari logged 26 courtesy of Charles Leclerc in second and Sainz in sixth.

If not for a cross-threaded wheel not at Norris’ stop, it could potentially have been an even better showing for the Woking squad.

“There was a cross-threaded wheel nut when attaching the wheel, and that unfortunately delayed the pit stop up to six seconds,” team boss Andreas Seidl explained.

“If there was a chance really to fight for a P3, it’s difficult to say.

“I think if we would have had a normal pitstop, Valtteri would have gone long, long, long with his stint and then create a tyre delta at the end of the race.

“[It’s] difficult to say if there would have been a chance to keep him behind.

“In overall for us, obviously, very strong,” he added.

“Very strong drive again all weekend from Lando, and what I’m very happy with as well is that Daniel could make a really good step forward in qualifying on Friday and then managed to pull off two good races, which is great to see.”

McLaren continues to hold on to third in the constructors’ championship, now 15 points clear of Ferrari with daylight then back to AlphaTauri in fifth.

Norris remains third in the drivers’ competition, with Ricciardo eighth after 10 races.

Formula 1 now moves to the Hungarian Grand Prix, the last race before the summer break, on July 30 to August 1.